Head trauma tops the list of severe injuries involving the use of electric scooters — injuries that in many cases could have been prevented with the use of a helmet, according to an investigation by the Centers for Disease Control and Prevention and the Austin public health department.

Almost half of the riders identified in the study had a severe injury, such as a broken leg, and half reported that a surface condition such as a pothole or crack in the street may have contributed to their injury, according to the report, released Thursday. Fewer than 1 percent of those injured were wearing a helmet.

The investigation, the first from the CDC into scooter use, gathered information from people treated at Austin hospitals last fall for injuries associated with the use of rental scooters. It comes amid spreading reports of injuries and deaths related to scooter use in cities including the District, Los Angeles and Dallas; it also follows recent news of scooter failures and breakdowns.

The devices, which are in more than 100 cities worldwide, have led to a new category of injuries in emergency rooms. Cases of broken noses, wrists and shoulders, along with facial lacerations and fractures have been reported since last summer. The study probed the reported spike in injuries related to the use of the devices that have become ubiquitous on many streets and sidewalks.

In Utah, Spin, a San Francisco-based scooter company, came to St. George last month and now joins the companies Bird and Lime in Salt Lake City. Under city regulations, each of the companies can deploy up to 500 scooters — meaning there could now be up to 1,500 on city streets if each company went for the maximum.

The Austin analysis found that nearly half of those hurt while using a scooter suffered an injury to the head and that about 15 percent suffered a traumatic brain injury. Among those were concussions and internal bleeding.

The most common severe injuries were bone fractures, followed by nerve, tendon or ligament injuries.

Health officials across the United States have called the spike in injuries a "public health crisis" and say studies like the one in Austin could help communities better understand how to prevent the injuries as scooters become more widely available.

The study underestimates the prevalence of e-scooter related injuries, the report concludes, because it was limited to investigating only the injuries of riders who sought care at a hospital emergency room or who had care provided by the city's emergency medical services. The investigation did not identify those who sought medical care at other urgent care facilities or private physician offices.

The injuries occurred at all times of the day, the data showed, but about 40 percent were between 6 p.m. and 6 a.m., indicating more problems during hours it was dark. More than half (55 percent) of those injured were male, and nearly half of injured riders were young adults age 18 to 29. The study reviewed cases of injured riders who were as young as 9 and as old as 79.

The report recommends more education in "safe e-scooter riding practices" and that these educational campaigns emphasize the use of a helmet and a safe speed while riding.

Jeff Taylor, manager of the Epidemiology and Disease Surveillance Unit at the Austin, Texas, public health department, who oversaw the study, said the data showed that many perceptions about scooter injuries are inaccurate, including that a leading cause of injury is collision with cars. Instead, he said, the investigation found that falls were a lead contributor to injuries, including incidents in which riders lost their balance or hit a pothole or object in the road. More than half of those interviewed were injured in the street, while only one third were on the sidewalk, according to the report.

Like other traffic crashes, some behaviors could have contributed: More than a third of those injured said that excessive speed contributed to their injury, and about 30 percent reported drinking alcohol before riding.

Only 2 in 10 riders injured said they believed it was caused by a scooter malfunction. A third of those interviewed were on their first ride when they were injured.

"Remember when you first rode a bicycle? You probably fell off the first time," Robert Spillar, director of the Austin Transportation Department, said at a news conference announcing the findings. "This is a new mode, and so as a community we are learning how to use them."

Austin transportation officials said the rate of injury remains small for a service that has yielded millions of trips since it arrived last year. During the nearly three-month study period, there were nearly 1 million scooter trips in Austin, according to the city transportation department. On average, 20 individuals were injured per 100,000 scooter trips taken, according to the study.

"Like using a bike, motorcycle, or car, there is risk in operating a personal transportation vehicle," McConaghy said. "Car drivers face this risk every day - whether it is the risk of human error, collision with another commuter or poor conditions on the roads."

Scooter companies Bird, Spin and Lime said they support the CDC study. The companies have said safety is a top priority and that they encourage users to take precautions such as avoiding wearing headphones or carrying anything in their hands while riding. Bird, Lime and Skip have basic safety information on their apps and labels on their scooters, as well as training instructions. Bird requires users to upload a driver’s license to confirm they are at least 18 years old. Some of the companies say they provide free helmets.

"As demand grows nationwide for e-scooters, the industry is committed to ensuring our fleets are safe to operate, while effectively urging customers to adhere to safety requirements and traffic laws," McConaghy said.

The CDC provided four epidemiologists to assist in the data gathering and analysis of the Austin study.

The Salt Lake Tribune contributed to this report.

END_OF_DOCUMENT_TOKEN_TO_BE_REPLACED 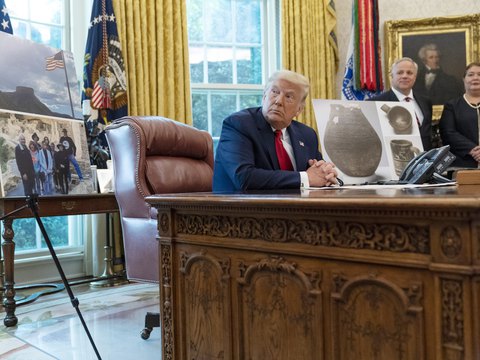 END_OF_DOCUMENT_TOKEN_TO_BE_REPLACED

At U. law vigil for Ruth Bader Ginsburg, speakers urge attendees to honor her legacy and ‘all be notorious’
By Paighten Harkins • 3h ago