Over a one-year period in two Los Angeles emergency departments, more people were injured while riding standing electric scooters than by riding bicycles or traveling on foot, according to the results of a groundbreaking new study.

Documenting injury statistics from September 2017 to August 2018, the study published this week in the medical journal JAMA Network Open found that many of those injuries were serious in nature, if not severe.

Of the 249 patients who received treatment for scooter-related injuries, nearly 28 percent suffered contusions, sprains and lacerations. About 30 percent had fractures, and just over 40 percent were treated for head injuries, the study found. Nearly all the patients were discharged from the emergency departments, but 15 were admitted to a hospital, including two with severe head injuries who were placed in the intensive care units.

During the same period at the two emergency departments, researchers identified 195 visits for bicyclist injuries and 181 visits for pedestrian injuries.

“Riders share roads with fast-moving vehicular traffic but appear to underestimate hazards; we found that 94.3% of observed riders in our community were not wearing a helmet,” the study said of scooter users. “While riders of electric scooters in California are required to be at least 16 years old by state law and 18 years old by company rental agreements, we found that 10.8% of electric scooter injuries were in patients younger than 18 years.”

The study added, "Although California law required helmet use while operating electric scooters during the entire study period, only 4.4% of injured scooter riders were documented to be wearing a helmet."

As electric scooters companies like Bird and Lime began dumping tens of thousands of the scooters in dozens of cities around the country this past summer, injured riders began pouring into emergency rooms, according to trauma doctors. Ever since, those doctors — many of them shocked by the severity of their patients’ injuries — have been documenting the injuries to get a better sense of how e-scooters have affected cities.

Some health professionals have referred to the wave of injuries as a “public health crisis.” Last month, the Centers for Disease Control and Prevention announced plans to study the health risks associated with the two-wheeled vehicles by analyzing injuries to riders and pedestrians in Austin over two months.

E-scooters are not only injuring riders. This month, Wally Ghurabi, medical director of the Nethercutt Emergency Center at the UCLA Medical Center in Santa Monica, told The Washington Post that e-scooters pose significant dangers to elderly pedestrians and the disabled.

The JAMA study appears to be the first and most comprehensive study of injury patterns associated with e-scooter injuries to date, offering a window into how people are using a new form of technology.

In recent months, numerous riders have reported being injured by scooters that malfunction, throwing riders off the vehicles at high speed. Last year, Lime — one of the world’s largest scooter companies — was forced to issue two recalls after The Post reported that some of their scooters carried batteries capable of catching fire and others included baseboards that split in half while people rode them.

In a statement emailed to The Post, Lime said the safety of riders and the community is the company’s “number one priority.” Lime said it has upgraded its scooters with better wheels and suspension, as well as additional braking and improved balance.

“We believe continued government investment in protected bike lanes and paths is critical,” the statement added. “Lime supports the AMA’s study recommendations to further innovate helmet designs and for the industry to continue focusing on safety.”

Paul Steely White, Bird’s director of safety policy and advocacy, said the company hopes for an opportunity to have a “collaborative conversation” with the study’s authors focused on “proven preventive measures and education.”

“While the report importantly highlights the parity in safety between bicycles and e-scooters, it fails to take into account the sheer number of e-scooter trips taken — the number of injuries reported would amount to a fraction of 1 percent of the total number of e-scooter rides,” White said. “Moreover, the report fails to put e-scooter injuries into context as they relate to the high number and severity of injuries and deaths caused by motorcycles and automobiles.”

The study does not discount the appeal of electric scooters and calls them an “innovative” form of transportation with the potential to alleviate traffic congestion. In a commentary included in the study, Frederick P. Rivara, a professor of pediatrics and adjunct professor of epidemiology at the University of Washington, said researchers are not “troglodytes trying to stuff the genie back in the bottle.” Two-wheeled rental vehicles, he said, are “here to stay.”

He added, “The companies renting both motorized and unmotorized 2-wheeled vehicles should make appropriate helmets available; failure to do so is like a car rental company renting cars without seat belts.”

END_OF_DOCUMENT_TOKEN_TO_BE_REPLACED 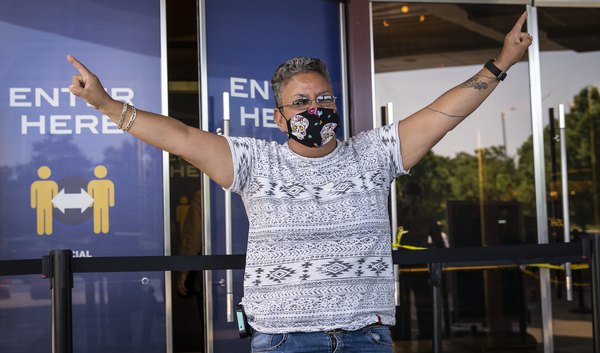 Chicago adds 14-day quarantine for ‘surge’ states travelers, including Utahns
By The Associated Press • 3d ago 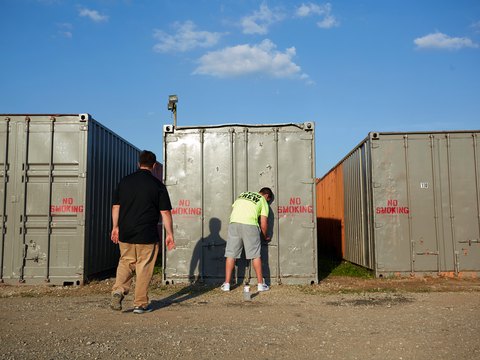 ‘Sitting on millions of dollars’ and dying to blow it: Fourth of July fireworks get cold water
By Julie Creswell | The New York Times • 3d ago

END_OF_DOCUMENT_TOKEN_TO_BE_REPLACED

Utah Jazz’s Jordan Clarkson on critics of player advocacy: ‘Maybe they should shut up and go look at themselves in the mirror’
By Eric Walden • 33m ago

Amid all the uncertainties of the NBA’s return, Utah Jazz coach Quin Snyder is sure of one thing: ‘The real enthusiasm right now is around playing basketball’
By Eric Walden • 1h ago
END_OF_DOCUMENT_TOKEN_TO_BE_REPLACED