Have you seen those scooters around Salt Lake City? Riders seem to love them, but they’re giving the city headaches.

A new dockless e-scooter company with a reputation for launching its vehicles first and complying with local regulations later has come to Salt Lake City true to that form.

The city didn’t know Bird was dropping its vehicles on city streets until they came Thursday morning, said Jennifer McGrath, Salt Lake’s deputy director of community and neighborhoods. And the company is currently out of compliance with city business registration rules and perhaps with state law, she added.

“We’re excited about these types of devices and we really want to work in partnership with these companies to make sure that people have options — but that they’re also safe and that people are following the rules,” McGrath said. “I think the city is just trying to find a balance between those things.”

Since the business model is so new, McGrath said it makes sense that there would be some confusion. And to be fair, she added, a Bird representative said someone from the company had called the city a few weeks ago and thought they were doing things the right way.

A representative from Bird told The Tribune no one was available for an interview on Tuesday.

City officials met with representatives from the scooter business on Monday, and the company submitted a business license application that day.

Now, Salt Lake is working on drafting a temporary operating agreement for Bird and similar businesses to operate under by July 10. In the meantime, Bird has agreed to suspend operations until it has a license, according to city spokesman Matthew Rojas.

“We are really working quickly to try to make sure we can get [Bird] or anyone else out on the street in compliance as quickly as possible while we also work on kind of a long-term strategy,” McGrath said.

That strategy will require a change to city code through an ordinance regulating the scooters. While still in the early stages, McGrath said, it may include an encroachment agreement to manage the devices on the public right of way and a cap on the number of vehicles companies can place on the streets.

That won’t resolve possible issues with state law, though, which currently prohibits scooter use on roads with posted speed limits higher than 25 mph or more than four lanes — descriptors that may apply to many of the Salt Lake streets where the scooters are being used, Rojas said.

A ‘fun way to get around’

Bird users must be 18 or older with a valid driver license and must bring their own helmets, if they want one. To take one of the scooters, a rider can simply download the company’s app to locate and unlock the most convenient one. It costs $1 initially to rent, plus 15 cents a minute.

The idea and its goals are similar to Salt Lake City’s bike-share program. But unlike with GREENbike, there are no docking stations — meaning riders can simply drop the vehicle wherever their journey ends.

On their way to work at Whiskey Street on Tuesday afternoon, Cassandra Betar and Jenna DelloRusso lit up with excitement as they snagged two scooters off the street to finish their commute.

“We’ll ride them to work in the mornings or in the afternoons, and if they’re around at night, we ride them home,” said Betar. “Because you just zip past all the creeps and you don’t have to get your pepper spray out.”

Betar said she’s ridden the scooters, which are calibrated to go a maximum of 15 mph, at least five or six times since they dropped last Thursday and prefers the ease of use and convenience in finding one compared to other transit options.

Winston Guillory, a summer intern at Goldman Sachs, is originally from Texas and doesn’t have a car in Salt Lake. He usually takes TRAX to and from work but became curious about the scooter phenomenon last week.

“I saw everybody driving around on them — just like that,” he said, as another person zoomed past on a Bird. “And my roommate told me what it was about and I was like, ‘Wow, that’s so cool. Let’s download the app and let’s try them out.’”

Since then, he’s adapted quickly, riding the scooters at least a half dozen times. “This is a more fun way to get around” than TRAX, he added.

‘New ways to get people out of their cars’

Led by a former Uber and Lyft executive, Bird aims to bridge the gap in a person’s last mile of transportation and to “reduce car trips — especially the roughly 40 percent of trips under two miles — thereby reducing traffic, congestion, and greenhouse gas emissions,” according to a pledge on its website.

GREENbike had been looking at rolling out its own fleet of e-scooters, said Ben Bolte, the nonprofit’s founder and executive director, but wanted to convene a group of stakeholders to receive input on the idea before deploying them.

“We’ll continue to seek community feedback before making any decisions,” he said in an email. “Instead of doing that, Bird, Lime, Ofo and other for-profit dockless e-scooter/bike companies hired expensive lobbyists. Hiring a lobbyist to meet with a politician doesn’t count as community engagement in my opinion. But I suppose that’s the difference between a for-profit and a nonprofit.”

And until Bird sees more consequences for failure to comply with local regulations, Bolte said he thinks the company will continue to drop scooters first and listen to residents and city officials later.

“In a lot of communities, they’re not punished — so they feel like the reward is worth the risk.”

Bolte said he’s also concerned Bird’s operation may actually generate more car trips than it saves, since the company pays “chargers” per scooter to drive their personal vehicles around looking for scooters to pick up, plug in and place back on the streets in the morning.

“I love the idea of finding new ways to get people out of their cars,” Bolte wrote — but noted “it all depends on how they are managed.”

Bird has promised to give $1 per scooter per day to city governments for using roads and bike lanes, and to promote public safety. But its launch approach hasn’t exactly promoted good will among city leaders across the country.

“I hope that they can see that we were sincere in our excitement about their business and sincere about our commitment to work in partnership with them,” she said. “We hope we don’t even have to worry about that.”

END_OF_DOCUMENT_TOKEN_TO_BE_REPLACED 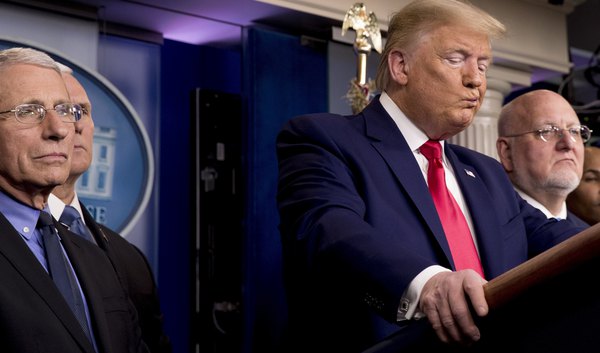 Letter: Jimmy Kimmel was stating the obvious
By Terry Orme | The Public Forum • 1h ago
END_OF_DOCUMENT_TOKEN_TO_BE_REPLACED