Pope Francis wants psychological testing to prevent problem priests. But will that work?

As the Catholic Church quakes through one sexual abuse scandal after another, Pope Francis recently announced a policy he wants to implement on a worldwide scale: No man should become a priest without a psychological evaluation proving he is suited to a life of chastity.

In the United States, most men seeking to enter a Catholic seminary undergo psychological testing, often a battery of questions that probes their deepest secrets and can last for days.

As Francis elevates the visibility of this type of testing, it raises the question of just how this profiling works and whether any psychologist can truly determine a young man is cut out for a lifelong vow to abstain from sex or is likely to commit sexual crimes. As it stands, there is no single agreed-upon method for conducting these assessments of priests. There is also no reliable way of measuring the tests’ effectiveness at weeding out problem priests.

“Standard psychological testing, it’s not very good in ferreting out sexual difficulties among the general population,” said Monsignor Stephen Rossetti, a Catholic University professor who formerly led St. Luke Institute, a mental health facility for priests. “There isn’t much. We’ve been working hard to figure out what to do. How do we better understand sexuality?”

Outside the church, some scientists argue the quest to identify future problem priests through psychology is a fool’s errand — especially when it comes to preventing pedophiles from entering the priesthood.

“From a scientific point of view, it’s useless,” said James Cantor, a Toronto researcher who is a leading expert on pedophilia. “There does not exist a pen-and-pencil test [to diagnose pedophilia]. Just asking someone isn’t going to help.”

But the idea of psychological testing for priests dates back decades; Rossetti said he went through a battery of tests when he entered the seminary in 1979. Other religious denominations routinely ask their clergy candidates to undergo psychological evaluations as well.

Since The Boston Globe exposed the prevalence of abuse in the Catholic Church in 2002, almost all U.S. seminaries have made psychological exams a requirement for entry. Now, dioceses in Africa, Asia and South America are beginning to do the same. Advocates hope, as the church tries to put to rest the recent scandals of high-level Cardinals Theodore McCarrick and George Pell who allegedly abused minors, that psychology can play a role.

Yet despite the lengthy history, church-affiliated psychologists are still trying to determine best practices in identifying those at risk of becoming problem priests.

Numerous questions ask about the subject of greatest concern: an applicant’s sexual interest in children. Several men have openly admitted their attraction to minors, Rossetti said, leading to a swift rejection of their seminary applications.

Cantor argued that such an admission is highly unlikely. The only reliable test for pedophilia, he said, is a “phallometric” test, in which a subject’s penis is measured while he sees or hears about a variety of sexual situations. That test, which Cantor called “extremely effective,” is seldom administered in any setting other than prisons, where it is used to determine which sex offenders need treatment such as psychological counseling and sex-drive-reducing medication to prevent them from acting on urges to molest children.

Church psychologists do not administer these highly invasive tests. They stick to questionnaires.

St. Luke Institute in Silver Spring, Md., and its affiliated St. Luke Center in Louisville, do about 100 candidate assessments a year, leaders said — so many that these assessments are almost the sole purpose of the Kentucky facility, keeping the staff busy year-round. Men hoping to become priests sometimes fly to Louisville from all parts of the country, director Emily Cash said.

Psychologist Taryn Millar at the Silver Spring facility described the process at St. Luke as “incredibly robust” — a two-day series of interviews conducted by a three-person team: a clinical psychologist, a second mental health practitioner and a member of the clergy. Officials at both facilities and others that conduct candidate assessments all declined to allow The Washington Post to observe any part of the process, even without using names. They cited privacy concerns and the importance of not swaying the outcome of the tests.

Some of the tests that Millar says she administers are standard psychological instruments, including the Shipley-2 (a test of cognitive function), the Minnesota Multiphasic Personality Inventory-2 (a set of more than 500 questions that looks for everything from schizophrenia to hypochondria to masculinity) and the NEO-PI-3 (an assessment of personality traits like neuroticism, extroversion and agreeableness).

Other components are less common in conventional psychology, including the thorough history of sexual urges that the clinicians ask for, and the spiritual evaluation conducted by a priest or another Catholic religious leader.

The three evaluators write up a report flagging any number of issues, from a candidate’s history of bad grades or poor performance on the cognitive assessment, to concerns about his family stressors, to any indication that he doesn’t have the interpersonal skills or the stress management strategies to handle the priesthood.

“We don’t make any direct recommendations about whether a person should enter seminary,” Millar said. But the reports are as thorough as possible, to protect seminaries from admitting any problem candidates: “We have a commitment to a healthy church.”

Cash said that of 80 to 100 candidates per year evaluated at St. Luke in Kentucky, she believes seminaries only turn away five to ten based on the results of their psychological evaluations. “Most of the time, by the time they have gotten to us, the dioceses have had a relationship with them for a couple years. It’s very rare anyone would get to us and there would be massive red flags that would pop up that the diocese wouldn’t have already uncovered.”

Instead, Cash said, the clinicians frequently recommend therapy to address issues raised during the evaluation. She estimates 70 percent of current American seminarians are in therapy for psychological issues that may crop up while they are in training for the priesthood.

The subject of sexuality for seminarians raises questions that other psychologists rarely have to ponder.

For one, the Catholic Church officially says gay men cannot enter the seminary, a position that Pope Francis has endorsed — although it is widely known in the church that many seminarians and priests are gay. That leaves these clinicians in the position of asking a question they know could get the candidate barred from seminary.

“Of course we ask questions about attractions, and of course we name what the answers are in your reports. Whether homosexuality is considered a problem, we don’t answer that question,” Millar said. That is up to each individual diocese, to decide whether to admit the man.

Harder still is the subject of chastity, a priest’s lifelong vow to abstain from sex. How can a psychologist say that a man is “called” to a behavior that is unnatural for most human beings?

Some people are surprised to learn that in recent years, the church has stopped looking for men entering the priesthood who have never engaged in sexual activity before making that decision, Cash said. “The reality is, we do not discourage folks from having had a dating history, from having had sexual contact. . . . Ninety-nine percent of our candidates coming through have at least been exposed to pornography.”

She will flag as troubling a candidate with a high number of sexual partners, or mental health issues like anxiety that might suggest a man will need extra help dealing with other challenges such as chastity.

“I don’t feel like I can assess the ‘call,’ quote,” Cash said. “What I’m assessing, really, is: Do they have a capacity for friendship? . . . We are social beings. Can they get those needs met in healthy ways that are in line with what they believe they are called to be?”

So she asks candidates if they have a best friend, if they have someone to call at the end of a tough day, how often they speak to some of their closest relatives.

She is looking to see whether they can handle the priesthood. Whether they’re called to it? That’s up to them.

END_OF_DOCUMENT_TOKEN_TO_BE_REPLACED 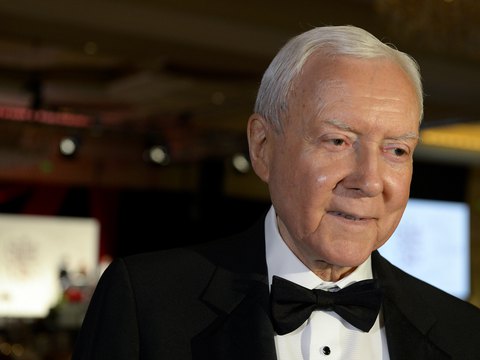 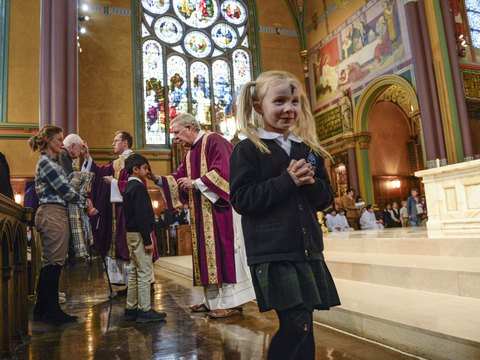 The Leonardo museum turned sprinklers on an area where the homeless camp in Salt Lake City
By Sean P. Means • 17m ago

Dave Quealy: Be wary of Bernie’s Border Wall
By Dave Quealy | Special to The Tribune • 20m ago