Communications Authority approved new leader Tuesday, then he quit because of state law over retirement benefits.

The troubled Utah Communications Authority (UCA) continues to search for new leadership after a $1 million embezzlement scandal rocked the agency earlier this year.

The UCA board on Tuesday unanimously selected Daniel Fuhr, newly retired superintendent of the Utah Highway Patrol, to take the helm as executive director of the independent agency created by the Legislature and funded with public money.

However, by Friday, Fuhr was out.

He said Friday he was unable take the post because the Utah Retirement Systems would not pay his accrued benefits from his Utah Highway Patrol service while he worked for the UCA. Under a recent state law, a retired law-enforcement officer must wait a year before rejoining the public workforce to be eligible for full retirement benefits.

That sentiment was echoed by Tina Mathieu, the chairwoman of the UCA Board.

"We lose a lot of talent because former law enforcement and fire officials go to the private sector or go out of state," said Mathieu, the executive director of Weber Area Dispatch. Fuhr was a 21-year veteran of the UHP who had won praise for his leadership. He retired this month.

The board will continue its four-month search for a new executive director, Mathieu said.

The UCA oversees millions of dollars in public funding coming from assessments on local governments and the state, legislative appropriations and a share of the 76-cent monthly 911 surcharge levied on every cellphone and land line in the state.

The agency, overseen by a 25-member board, has little direct oversight by the state. It was created in 1997 under a different name and played a major role in coordinating emergency communications and interagency radio communications between northern Utah public safety agencies during the 2002 Winter Olympics. It has expanded to include 25 counties and 147 public safety agencies in recent years and now owns 20,000 radios.

The previous director, Steven Proctor, resigned in early April as the agency announced his former administrative assistant and her daughter admitted in a civil lawsuit to charging $1 million in personal expenses on the agency's credit cards and covering their tracks by manufacturing phony papers. There were no allegations of wrongdoing against Proctor.

But Patricia Nelson and her daughter Crystal Evans were caught after more than a decade of embezzling public money from UCA, according to the agency. A technician discovered a credit-card statement left on one of the agency's printers in January and turned it over to the UCA's bookkeeper, who noticed charges that had nothing to do with state business.

Judge Paul Maughan, overseeing the civil litigation, has ordered the pair to pay the agency a total of $2,328,000, which includes interest and punitive damages. A criminal investigation is said to be underway by police in West Valley City, the site of agency headquarters.

State Sen. Wayne Harper, R-Taylorsville, said he has been watching the agency closely "to make sure the errors of the past have been rectified."

He added that he believes the UAC Board is now headed in the right direction.

A new audit of the agency will be forthcoming in the near future, Harper said.

END_OF_DOCUMENT_TOKEN_TO_BE_REPLACED 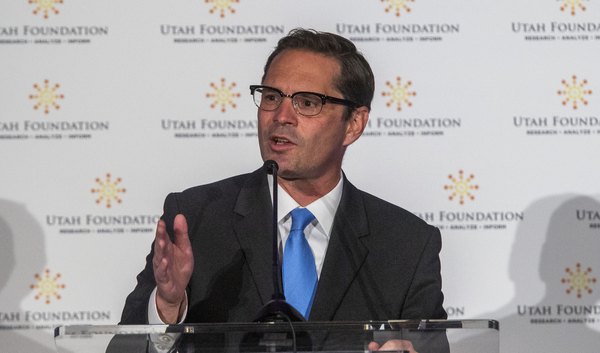 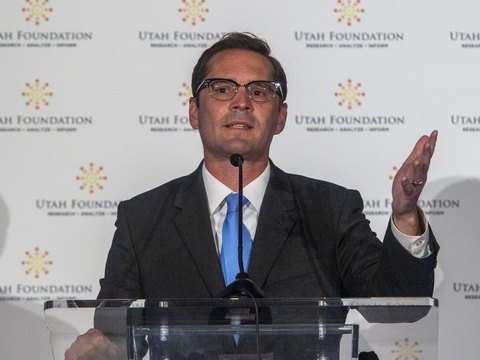