Happy to be ‘back in football again,’ Britain Covey and the Utes open the 2018 season against Weber State

Utah’s receivers will test themselves against the Wildcats secondary.

As tends to happen in the afternoon heat and drudgery of football practice in August, a press-coverage drill involving Utah's receivers and defensive backs became intense.

“We all started fighting and it turned into this shoving match,” sophomore receiver Britain Covey said. “But at the end, the receivers and DBs were like, 'Let's go!' And it was just like, 'Whoa, I'm back in football again.' ”

That’s a good feeling, an emotion that 46,000-plus fans will share Thursday evening as the Utes take the field for the first time since that rainy, chilly day after Christmas in the Heart of Dallas Bowl.

In the case of Covey, having returned from a church mission, the timing is good for a Ute receiving corps that needs him. His first appearance in a Ute season opener comes three years after Jim Harbaugh brought his Michigan team to Rice-Eccles Stadium and became just another coach from another conference who lost to Utah in the program’s Pac-12 era.

Weber State’s Jay Hill, a former Ute player and coach, likely will join that club Thursday in his first visit with another team. Counting five bowl games, Utah coach Kyle Whittingham is 25-1 against nonconference opponents in the past seven years.

“That stadium is special to me,” Hill said. “It's a fun game for all of us. It's a great opportunity, and we look forward to it.”

So do the Utes — especially the receivers, who have improved this month by going against potentially the best secondary in school history, amid questions about their ability to get open and catch passes. Utah lost top receiver Darren Carrington II after his one season as a graduate transfer and Raelon Singleton transferred to Houston for his senior year. The return of Covey undoubtedly will help. The Utes also have big expectations for Demari Simpkins, Siaosi Mariner and Samson Nacua within the program.

Outsiders, though, are waiting to be impressed. “We deserve to have a question mark, still, until we prove it out there,” Covey said. “That's why I love the fact that we're underrated … because that helps keep our mentality sharp.”

Utah's receivers will face a decent Wildcat secondary that features BYU transfer Jordan Preator and his brother Parker as another starter. Hill personally coaches Weber State's defense, using what he learned in nine seasons of various roles on Whittingham's staff.

Since mentioning issues about the receivers during the Pac-12 Media Day in late July, Whittingham has only praised the group publicly. He has been very complimentary of the entire team, with some flaws presumably to be revealed Thursday. The Utes are beginning the season outside of the AP Top 25, but this team reminds Covey of the 2015 club that started 6-0 and was ranked No. 3 before fading to a 10-3 finish.

“We had a good team my freshman year, a really good team, and I see the same level of talent in this group, but even more belief, if that makes sense,” he said. “We’re not entitled to anything — like if anyone thought we would be overlooking Weber State, it’s the complete opposite. This team is locked in.”

And the Utes have an opportunity to make the school’s 125th season of football memorable, starting Thursday.

WEBER STATE AT UTAH
At Rice-Eccles Stadium.
Kickoff • Thursday, 6 p.m.
TV • Pac-12 Networks.
Radio • ESPN 700; KLO 1430.
Records • Season opener.
Series history • Utah leads, 4-0.
Last meeting • Utah 70, Weber State 7 (2013)
About the Utes • As Pac-12 members, they have played six Big Sky Conference teams and allowed an average of 7.8 points, with two shutouts. … Kyle Whittingham is 11-2 in season-opening games, with losses at UCLA and Oregon State in the school’s Mountain West era. … Observing the program’s 125th season, former Ute coaches and players will receive gold coins at halftime.
About the Wildcats • Redshirt freshman Kaden Jenks was named the starting quarterback Monday. … WSU posted the most wins (11) in school history last season, reaching the FCS quarterfinals. The Wildcats led Pac-12 member California 20-17 after three quarters of a 33-20 loss last year. … The teams are scheduled to meet again in 2021 and ’23. ... The Wildcats are getting $550,000 to make this trip to Rice-Eccles, according to USA Today.

END_OF_DOCUMENT_TOKEN_TO_BE_REPLACED 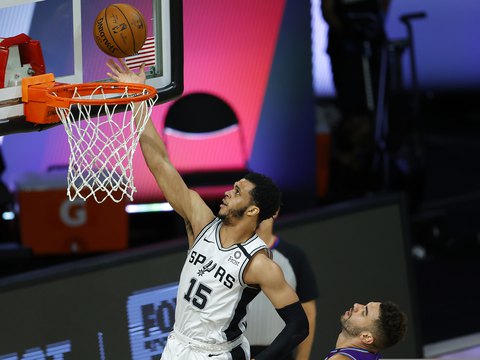 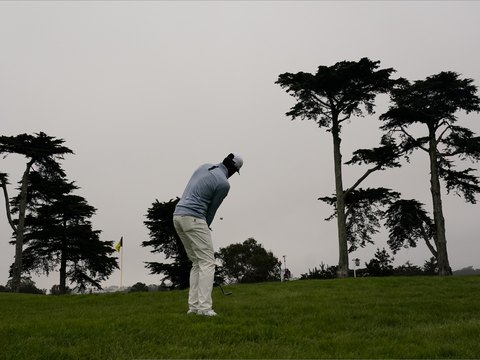 Jason Day, Brendon Todd share lead at PGA as Tony Finau opens with a 67
By The Associated Press • 1d ago
END_OF_DOCUMENT_TOKEN_TO_BE_REPLACED
L