Royals FC won’t make the playoffs, but they won at the box office, averaging over 10,000 fans a game at Rio Tinto

For a franchise that had only a few months last year get off the ground, the Utah Royals FC managed to draw a healthy of amount of fans to its games. The club finished second in overall attendance average in its inaugural year.

With just one home game left in the 2019 season, the Royals will secure the second-best average attendance in the National Women’s Soccer League for the second consecutive year. Utah has averaged 10,889 fans at Rio Tinto Stadium, up from 9,466 in 2018, per website Soccer Stadium Digest.

Royals captain Becky Sauerbrunn said the fan atmosphere at the RioT has been notable since the franchise’s inception, but she’s felt a difference in 2019.

"It has always felt good, but it almost does feel better this season,” Sauerbrunn said.

Attendance has increased across the league this year, mostly due to what’s called the “World Cup bump.” Several players from all nine NWSL teams competed in the Women’s World Cup over the summer, bringing heightened interest and new fans to local markets.

Three of the players who helped the U.S. to its second consecutive world championship — Sauerbrunn, Kelley O’Hara and Christen Press — play for the Royals. Other Utah players who represented their countries this past summer were Desiree Scott (Canada), Rachel Corsie (Scotland) and Katie Bowen (New Zealand).

Increases in attendance and interest were expected this year due to data from the 2015 WWC and the summer Olympics the following year. So the Royals had a plan to leverage the expected surge, URFC general manager Stephanie Lee said.

One of the club’s initiatives was to have coach Laura Harvey and several players provide analysis on various Fox 13 shows during the World Cup in an effort to get them in front of already engaged soccer fans, Lee said. She added that the organization’s ticketing and marketing staff figured out effective strategies to get those fans into Rio Tinto for Royals games.

Amanda Duffy, president of the NWSL, said with the market in Salt Lake City already including Real Salt Lake and the Real Monarchs, there already existed plenty of support to justify the league bringing in the Royals when it did — even if it was in an expedited, less-than-ideal fashion. It’s that support which Duffy thinks has led to an increase in Utah’s attendance in 2019.

But there’s still more work to do. Lee said the club has done a good job of finding people in the market who are already soccer fans and getting them to watch the Royals. But the next challenge is creating new fans and getting RSL fans who aren’t already supporting the Royals to do so, she said.

“I think logistically, there’s some reality to just how busy people are, and coming to an RSL game and a Royals game and there’s just only so much time in a week in a month of the year,” Lee said. “But I do think that we’ve got opportunity to grow in both those areas.”

The NWSL and ESPN International also struck a deal in August to show games overseas for the rest of the season.

“I definitely think that that’s, for right now, a key piece for us,” Lee said. “Especially in building new fans, I think if you’re not familiar with women’s soccer or not familiar with the Royals, you want to get them in the stadium to experience the game, get to know these players and become a fan of the team and of the players through interaction, first of all.”

The television deal will remain the same in 2020, per a club spokesperson, but the Royals are open to any changes.

Aside from the World Cup bump, Sauerbrunn said the team’s style of play this season, which featured more attacking, could have also contributed to the uptick in attendance. Going forward, in addition to the television deals, Sauerbrunn thinks grassroots efforts and more sponsorship deals will keep fans around.

“I think we have to attack it from the top and the bottom,” Sauerbrunn said. "Just getting out in the community and just getting your name known, I think those are things that as a league and as franchises that I think will help.”


Kickoff » Saturday, 7 p.m. MDT
Records » URFC 9-10-4; Houston 7-11-5
Last meeting » Houston 2, URFC 1 (Sept. 13)
Radio » 101.5 FM
About Houston » The Dash became the first NWSL team to play international friendly with win against Tigres Femenil last Saturday. … Team missed the playoffs for the fifth straight season. … Rachel Daly and Sofia Huerta lead team with five goals apiece. … Currently on a three-game winless streak. … Looking for a three-game sweep of the Royals in 2019 after winning both games in 2018.
About URFC » Eliminated from playoff contention with loss to Chicago. … Sits sixth in the NWSL, but can move up to fifth. … Will miss playoffs for the second consecutive season. … Nicole Barnhart still holds the most shutouts of all goalkeepers in the league (10). … Amy Rodriguez leads team with eight goals, while Veronica Boquete leads with five assists. … Both losses to Houston have come with 2-1 score lines.

END_OF_DOCUMENT_TOKEN_TO_BE_REPLACED 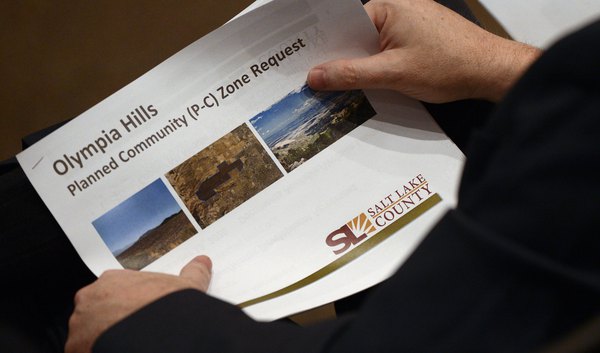 George Pyle: We don’t need to boost growth. We need to handle it.
By George Pyle • 14m ago

Paul Krugman: Democrats of the Living Dead
By Paul Krugman | The New York Times • 14m ago