Washington, D.C. • Their two starting big men were sidelined with injury, and their second-leading scorer was ejected midway through the third quarter.

The Jazz won, 107-104, Wednesday night in Washington. And no one in the Utah locker room seemed surprised.

The road has been an especially hostile place for the Jazz (17-24), who won for the fourth time in 21 tries away from Vivint Smart Home Arena. But players who seemed destined for bit roles this season — Ekpe Udoh and Royce O’Neale in particular — stepped into larger parts, the mercurial Ricky Rubio had a team-best 21 points, and the Jazz hassled a team with two likely All-Stars into 23 turnovers.

The last of Utah’s 15 steals came in the final seven seconds, when rookie Donovan Mitchell fought through 240 pounds of a Marcin Gortat screen to contest Bradley Beal at the 3-point line with every inch of his 6-foot-10 wingspan. Beal lost the ball as Mitchell flew by, and the Jazz recovered to seal their first victory of 2018.

Donovan Mitchell said he gapped on a screen that he wasn't supposed to on the final play, "but I just got lucky." Knew the screen wouldn't be called, so tried his best to recover and did. pic.twitter.com/SOJ58shwyV

That it was built on the hustle of players such as Udoh and O’Neale spoke to coach Quin Snyder of the team’s fortitude throughout a topsy-turvy season that’s halfway complete.

“It’s a group of guys who have a lot of character,” he said. “When you compete, sometimes you make good stuff happen. It doesn’t always go your way, but it went our way tonight.”

Quin Snyder said the Jazz had a breakdown on the final play but Mitchell recovered. Acknowledged the Jazz got a little lucky, but “I think we made some of our own luck tonight.” pic.twitter.com/QhIUfl9HJr

Even before tipoff, it seemed the game was getting away from the Jazz.

Derrick Favors, who had been probable with an ankle sprain, was ruled out. He already had been playing center for Rudy Gobert, also injured, so frontcourt duties fell to Udoh, making his third start of the season. Next to him in the starting lineup was Jonas Jerebko, who hadn’t played in the previous two games.

Compounding that was early struggles for the two leading scorers on the team: Mitchell and Rodney Hood. Mitchell picked up two fouls in the first three minutes and was forced to watch much of the first half with five points. Hood struggled to find his shot, then added to his troubles by arguing calls with officials. After a no-call on a layup attempt, Hood argued with Tony Brothers, who called a second technical on him and sent him stewing to the locker room.

Enter the replacements: Udoh showed a confidence on offense that had previously been unseen. Between finishing looks at the rim and backing down Gortat, he had 16 points and nine rebounds (both season highs) to go with four steals and two blocks. O’Neale came on for Hood, scoring 10 points and grabbing key rebounds to help keep the Wizards from getting second looks.

Relying on big minutes from those backups, the Jazz were able to gather 15 steals (one off a season-high) and withstand a 35-point effort by John Wall, who had missed the previous meeting between the teams.

Leading by 10 with nine minutes remaining, the Jazz had to survive a surge by the Wizards, who retook the lead with 2 1/2 minutes left. But back-to-back 3-pointers from Rubio and Joe Ingles — with Mitchell assisting on both — put them ahead in the final minute, and Joe Johnson (who scored 16 points) shot three free throws that ended up being the victory margin.

Undoubtedly a big factor was Utah’s motivation to get over their previous loss to Miami, a 103-102 defeat that they gave away in the last six seconds.

“That was a great win — whatever it took, [I wanted to] be there for my teammates to get this win,” Udoh said. “Tough loss in Miami. To come back and play the way we did was great to see.”

That included a bounce-back effort from Rubio, who didn’t hit a shot in Miami. He started out Wednesday with 12 points in the first quarter, helping the Jazz stay afloat when Beal and Otto Porter Jr. were gashing the defense. Later in the game, he provided some defensive composure with three steals.

Mitchell also felt something lift off his shoulders after sealing the win for Utah on defense. While he had a relatively quiet offensive outing by his standards — 16 points on 7-for-20 shooting — he felt redeemed from when he allowed Josh Richardson to get open for the game-winning layup for the Heat on Sunday.

While Mitchell was front and center on the final play, he wasn’t the main pillar of Utah’s win on Wednesday. He didn’t seem to mind, either.

“That’s our thing: We play well when people kind of count us out the most,” Mitchell said. “That’s just our character. That’s how we’ve been winning. Guys stepped up.”

Donovan Mitchell talks about how he had to recover from his mistake on the final play, how he tried to pass more late in this game, and says “we play well when people count us out the most.” pic.twitter.com/p4NLbY1SK6

END_OF_DOCUMENT_TOKEN_TO_BE_REPLACED 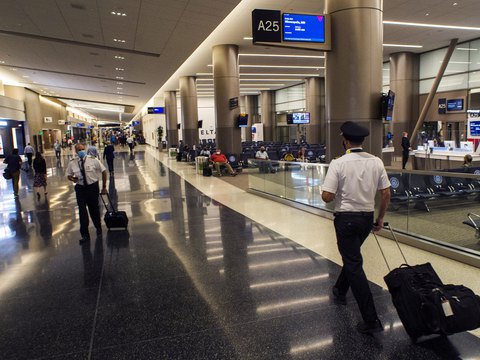 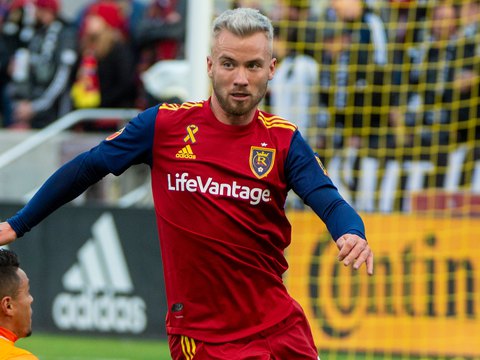