Mark 2019 as a major year for Mormon news, including numerous changes announced by The Church of Jesus Christ of Latter-day Saints.

Although this is usually a religion in which change tends to happen incrementally — even, as the grim old joke goes, funeral by funeral — 2019 has been a year of institutional revitalization at the behest of prophet-President Russell M. Nelson, who recently advised Latter-day Saints to take their vitamins as they adjust to the quickened pace of what the church is calling revelation; it’s clear that most church members will need those vitamins just to keep up with him.

They may also want to take some Tums as some of the year’s major Mormon news stories were sure to cause the church and its members indigestion. Alongside Nelson-driven policy changes within the church, there were also news stories about the church that the institution would probably rather have done without.

The year’s biggest Mormon news story is also its most recent: In mid-December, a whistleblower who used to help manage the church’s investment portfolio released documents alleging that the institution had mismanaged more than $100 billion of charitable donations by channeling them into for-profit investments on which it failed to pay taxes.

Legal scholars Nathan Oman and Sam Brunson have separately evaluated the documents and concluded that from a legal standpoint, it’s probably a nothingburger. But from an ethical standpoint, it’s an important question why a small denomination of 16 million members is hoarding this much wealth when one of its self-described mandates is to help the poor and needy.

I, like many others, have called for greater financial transparency:

“What’s weirdly karmic about this whole debacle is that it could have been avoided if the church had simply continued to exercise transparency about its income and expenditures, as it did in the early and mid-20th century. Instead, its commitment to secrecy, presumably to avoid criticism, has opened the door to further criticism.”

In early January, I summarized the surprising changes that were implemented at the start of the year:

In related news, in October the church announced that girls and women can now also be official witnesses of baptisms and other temple ordinances, reversing a prohibition that had been in place for nearly half a century.

“It seems like such a small thing: women and girls of a certain age can now act as official witnesses to baptisms and temple sealings in The Church of Jesus Christ of Latter-day Saints. They’re not getting the priesthood themselves; they’re just watching and recording the actions of men. No big deal, right?”

Wrong, I said. The change is not just symbolic but substantive.

“I cannot think of any other scenario in the ritual life of Mormonism in which women are authorized to correct male priesthood holders about a priesthood ordinance. As well, giving women a more important role in ritual life demonstrates that the Nelson administration values their robust participation.”

3. The missionary and youth programs are being overhauled.

Changes to the missionary program came fast and furious over the last year or so: the introduction of service missions, the new clearance for missionaries to call home weekly, the go-ahead (finally) for female missionaries to wear pants. As I mentioned in a summary post this spring, these are part of a wider effort on the church to appeal to young adults and youth.

Also on tap is a brand-new youth program for teenagers that (finally, again) gives equal budgets to boys and girls and ends the religion’s centurylong affiliation with the Boy Scouts. Starting Wednesday, officially, the LDS Church will have severed its ties with Scouts.

4. The church expanded its list of drinks and substances forbidden by the Word of Wisdom.

Vaping is not OK, the church declared in August in an editorial in its magazine for youths.

Burying a policy like this in a youth magazine is a strange decision from a P.R. perspective, since it affects members of all ages. But I do know of some youths who had exploited the facts that a) vaping is not based in tobacco, and tobacco is what is prohibited in the scriptural text of the Word of Wisdom, and b) there was previously no official church policy against it.

That second loophole was shut down with the August clarification. I wrote:

“Prohibiting vaping is a slam-dunk for the church, Word of Wisdom-wise. There is simply no health benefit to vaping, only a growing list of terrible possible outcomes.

“I can’t give the same ringing endorsement to the church’s prohibition of another popular substance, green tea, in the same New Era article. . .

“Prohibiting green tea is bizarre from a health standpoint. While the research is not conclusive, some studies have shown that tea’s antioxidants may fight cell damage and even cancer. Daily consumption has been linked to lower rates of Alzheimer’s disease, improved working memory and brain function, and reduced plaque in the arteries. And yet the explanation given for the church’s prohibition of green tea is essentially a guilt-by-association rationale that it’s bad because it is derived from the same plant as black tea. What gives?

“Some orthodox members will likely default to something like ‘if the prophet says it, then I’m sure there is a good reason.’ That may prove to be the case in time, but I notice that prophetic authority is not the reason given for the church’s prohibition of vaping. E-cigarettes are forbidden because they have ‘harmful chemicals’ and are ‘highly addictive.’ We can’t just use medical science when it supports the church’s position, as with vaping, and then ignore medical science in favor of prophetic authority when it does not, as with green tea.”

5. The murders of nine people in Mexico brought renewed focus on Mormon-heritage groups that practice polygamy.

In a tragic shooting in November, three mothers and six children were gunned down in Mexico. News coverage of the shooting revealed the complex world of Mormon polygamy — with widespread debate about whether “Mormon” is an appropriate term to use.

And that’s not the end of the complexities. Religion News Service guest blogger Lindsay Park Hansen, host of the “Year of Polygamy” podcast, pointed out that there is a surprising amount of category overlap among those who live in the “Mormon colonies” in Mexico:

“Many of the citizens of the Mormon colonies are members of a variety of different Mormon churches, ranging from members of The Church of Jesus Christ of Latter-day Saints to independently practicing Mormon polygamists. Some practice plural marriage and others believe in the principle but don’t currently practice it, though they all trace their history to it.”

6. The church reversed its policy on LGBTQ members and their families.

In April, the church announced the reversal of its 2015 “exclusion policy” that had, among other things, prohibited children of same-sex couples from being baptized and blessed in the church.

“The policy reversal demonstrates that robust discussions continue at the highest levels, and that Nelson is not afraid to alter the church’s course — even if doing so seems to destabilize his own previous statements.

“It also suggests that any policy is subject to modification, and perhaps even total abandonment, even if it has previously been heralded as a revelation from God.”

It took months for the policy reversal to be reflected in the official Handbook, and when it did it was accompanied by odd don’t-ask-don’t-tell language that initially appeared to suggest that gay church members were not allowed to discuss their personal experiences. Within two days, the Handbook was quietly amended yet again to respond to the criticisms and questions that members had raised — a still-unfolding story you can read about here.

7. The church’s growth has slowed.

In 2018, the overall membership of The Church of Jesus Christ of Latter-day Saints grew by just over 1% worldwide; in the United States it was about six-tenths of a percent.

This means that the church is still in positive territory in terms of growth, which is more than many religions can say nowadays in the United States and Europe. But it’s a far cry from the robust percentages that pertained in the 1970s through the 1990s.

While numeric growth may no longer be a source of excitement, other kinds of growth certainly are, including important changes coming from the highest levels of the church. We can only imagine that 2020 — the 200th anniversary of when founding prophet Joseph Smith is supposed to have experienced his “First Vision” — will also be interesting enough to require steady doses of both vitamins and antacids.

END_OF_DOCUMENT_TOKEN_TO_BE_REPLACED 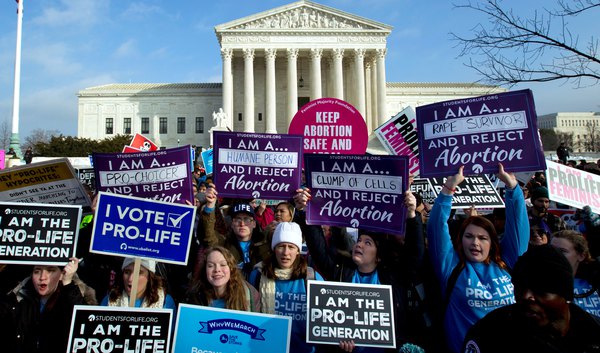 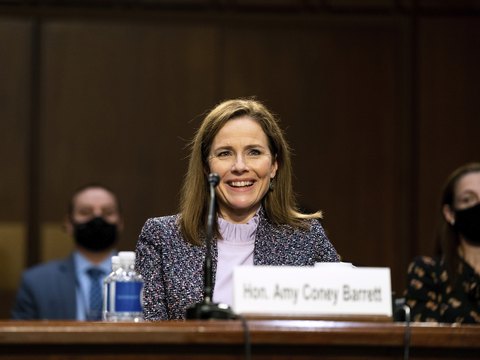 The home gym is in! Sales of fitness equipment in Utah continues at record pace
By Kathy Stephenson • 35m ago