Dear leaders of The Church of Jesus Christ of Latter-day Saints,

Liberal Mormons are liberal because you taught us well, and we listened. We don’t always live up to the best of our religion’s teachings, but we have internalized some beautiful values for which we are grateful and which have guided our decisions in life.

We believed you when you told us that all human beings are God’s children and we are all brothers and sisters in Christ. That core teaching lies at the heart of social justice.

The fact that you taught us this, but for years also opposed the ritual equality for people of African descent, is heartbreaking and confusing. It’s confusing because we believed it when the Book of Mormon said that no one should be prevented from coming closer to the Lord, including “black and white, bond and free.” Yet for many years you prevented anyone with black skin from receiving the blessings of the temple and the priesthood.

When some of us choose our LGBTQ kids over the church, it’s because we listened well and hard when you told us that no success outside the home could ever compensate for failure within it. We believed you when you taught us that families are eternal. We accepted it when you instructed us that our highest mission in this life is to be parents. So when you gave our LGBTQ children the message that they were repulsive because of the way they were born, and we saw them internalizing this message in ways that endangered their health and well-being, it was a no-brainer decision that they would come first. You taught us to put our children first above all.

When we want to learn more about our Heavenly Mother, or we crave a relationship with her, or feel her absence like a physical wound, it’s because we listened when you taught us that motherhood is indispensable to the well-being of the world. We believed that “the greatest job any woman will ever do will be in nurturing and teaching and living and encouraging and rearing her children in righteousness and truth,” as Gordon Hinckley put it and Dallin Oaks repeated. Given the way you've prioritized motherhood, it makes perfect sense that we want to know our Heavenly Mother, to speak to her, to learn from her.

You’ve taught us that she is essential to our well-being, and we listened to you. We are longing for the exact thing that you told us was irreplaceable.

We also took you at your word when you told us that women were equal to men. So last week’s announcement that the church has refused to grant women equal protection under the law in Utah is a head-scratcher.

When we are aghast at some fellow members’ complicity with the shenanigans of an unhinged and morally dubious U.S. president, it’s because we followed the Articles of Faith and “believe in being honest, true, chaste, benevolent, virtuous, and doing good to all men.”

Donald Trump is none of those things: According to Politifact, only 15% of his public statements fall into the categories of “true” or “mostly true,” meaning that 85% of his words range from only “half-true” to “pants-on-fire” false. He embodies none of the virtuous traits you taught us to value, so it was not a difficult decision to vote for someone, anyone, else. It was hard for us to watch the Mormon Tabernacle Choir, as it was then called, sing at his inauguration, putting the church’s stamp of approval on his darkness.

And when some of us leave the church because they cannot reconcile some of these actions with the values they hold dear, it’s because you taught us binary thinking. You taught us, again and again, that it was wrong to pick and choose some elements of the faith but not others; you derided “cafeteria” spirituality and presented the gospel as an all-or-nothing proposition. In fact, it never has been all or nothing, not since the first moment when Eve was faced with two apparently contradictory commandments in the Garden of Eden.

Jana Riess: Why the BYU-Idaho disaster is a signal of positive change in the LDS Church

Jana Riess: Why do Latter-day Saints ignore the Pearl of Great Price?

It is laudable that out of love, you have sought to make the gospel simple. It is not at all laudable when that effort toward simplicity boils down to “follow the prophet, who will never lead you astray.”

Then, when the prophet does make a mistake, you’ve left us theologically unequipped to handle it, because you taught us all along that it could never happen. Then you are surprised when the people you have told to always expect prophetic perfection decide, in the absence of that perfection, to throw out the proverbial baby with the bathwater and leave the church. That has not been my own choice, but I can understand it in other people.

You didn’t model any other way.

END_OF_DOCUMENT_TOKEN_TO_BE_REPLACED 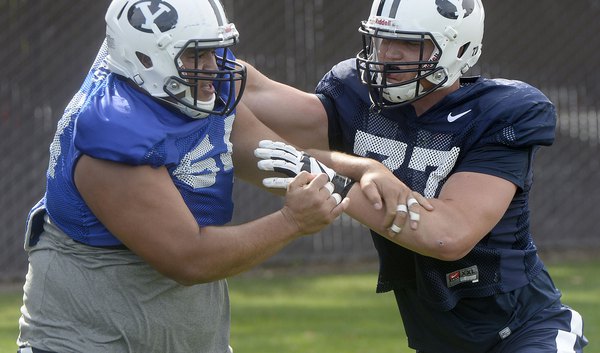 For BYU athletes like football player Chandon Herring, the pandemic has focused his faith on ‘what matters most’
By Norma Gonzalez • 21h ago 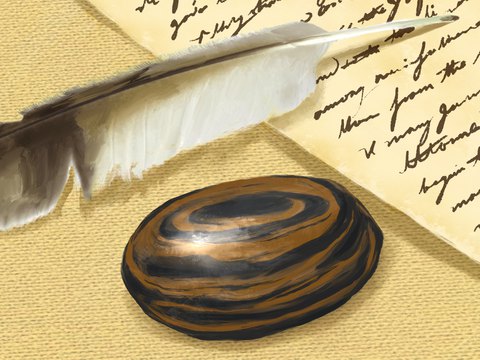 Scholars turn anew to an old question: If Joseph Smith translated the Book of Mormon, how did he do it?
By Peggy Fletcher Stack • 1d ago

Robert Kirby: What if this pandemic is just the beginning? What if more plagues await?
By Robert Kirby • 2d ago
END_OF_DOCUMENT_TOKEN_TO_BE_REPLACED
L

Commentary: Vote no on Constitutional Amendment G
By Utah Citizens' Counsel | Special to The Tribune • 34m ago