’Tis the season, people! It’s Giving Tuesday, when we take stock of the needs around us and open our wallets to help. Giving Tuesday is a kickoff to the holiday month, when many charities and nonprofits will receive the bulk of the funds they need to do their work during the rest of the year.

For Latter-day Saints, December is also the season of tithing settlement, when members of The Church of Jesus Christ of Latter-day Saints are expected to sit down with their bishops and “declare” ourselves.

While that old-fashioned phrase sounds like it’s straight out of a 19th-century romance, in Mormon lingo it simply means: Are you a full tithe-payer (10%), a partial tithe-payer (something less than 10%), or a non-tithe-payer? (Bishops are not supposed to ask whether members are tithing from gross or net income.)

Latter-day Saints are expected to settle accounts by the end of the calendar year, which is why this morning found me logging on to the church’s website to authorize a transfer that will get me caught up with my donations.

But I did not feel great about it — not nearly as happy as other kinds of giving have made me.

Research on generosity shows that Mormons are famous for our giving. According to data collected by Christian Smith and others in the Science of Generosity Survey, only about 2.7% of Americans give at least 10% of their income to charity. Nearly half of Americans don’t give away so much as a dollar a year — and remember, people responding to surveys have a tendency to overinflate their socially desirable behavior.

Mormons, by contrast, are very generous. In Smith's book “Passing the Plate,” he describes a 2001 study that placed us higher than any other Christian group in terms of donations. Whereas most Christians give away about 1.5% to 2% of their income, Mormons averaged 5.2%.

This makes me proud of my people, but it’s complicated. Part of the reason Mormons donate so much more, Smith says, is that there is accountability attached to our giving, both in terms of our annual chat with the bishop each December and the fact that tithing is a requirement if we want to have access to the temple.

I don’t mind being held accountable; I view it as an important part of a Christian life. But I want the church to be accountable, too. In 1959, the church stopped issuing expenditure reports to members, so for six decades now we have had little idea of how much money is coming in, how much of it the church uses for charitable purposes, and where the rest of it is going. (For a fascinating in-the-weeds history of this policy and its legal ramifications in U.S. tax law, see Sam Brunson’s 2015 Dialogue article here.)

We do have some limited information from nations that require churches to issue annual reports to the government, but since the Latter-day Saint presence in those nations is thin on the ground, they don’t tell us much.

Does tithing requirement for entry into LDS temples amount to Mormons buying their way into heaven?
Online tithing? Yes, Mormons soon will be able to pay with a simple click

I think the church stopped making disclosures in 1959 because it was on the brink of financial disaster — as its final report indicates, it outspent its income by $8 million that year. I suspect that the nondisclosure policy continues, however, not because the church is poor or indebted, but because it has grown wealthy enough that exposing the extent of its holdings could cause embarrassment and prompt unwanted questions.

Would knowing the extent of the church’s abundance diminish Latter-day Saints’ ongoing generosity?

Research on altruism has shown consistently that generous people feel more positive about life, are more involved in their communities, and have stronger relational networks. So far, so good. But the Mormon method of tithing into a black box doesn’t quite meet researchers’ standards for getting the biggest happiness bang for one’s charitable buck. Researchers make three suggestions: make it a choice, make a connection, and make an impact.

Make it a choice. It is certainly a choice to pay tithing to The Church of Jesus Christ of Latter-day Saints. However, when not making that choice could have undesirable consequences, like not being able to attend a child’s temple wedding, it might begin to feel more like an obligation than an entirely free decision.

Make a connection. People derive the greatest happiness when their donations help build strong relationships. This makes sense when you think about it. Which do you enjoy more: seeing your niece’s face light up on Christmas morning because she got the Lego set she’d been asking for incessantly since July, or conferring an Amazon gift card upon a more distant relative you barely know?

If you’re like me, the second scenario feels like an obligation, not a joyous affirmation of relationship. The gifts we most look forward to giving are the ones where we adore the person and know them so well that we utterly nailed the offering. Like the time I saved up to send my geeky husband to NASA space camp for a weekend. He thanked me affectionately for months after that (once he stopped vomiting from the 4G simulations).

This principle extends to charitable donations outside the circle of people we personally know. This is why many charities like World Vision and Compassion International traditionally have set up an individual relationship between a donor and a child. Donors receive and send letters to the children they help, sharing photos and details on both sides about family life, holiday celebrations, school and work. It’s hardly a recipe for an equal relationship, but it’s a relationship nevertheless. That sense of the personal is entirely missing in modern Latter-day Saint tithing.

Make an impact. The third ingredient in the secret sauce of altruism is that we’re happiest when we feel like our gift is making a real difference. This Giving Tuesday morning I made two electronic donations: one to the church and another, smaller one, to a refugee family who are friends of a friend. They are in need of some concrete help this holiday season, in the form of food, clothing, even toilet paper.

I felt great helping them because I know that my contribution is joining other people’s donations to provide an easier and less stressful holiday season for this one family. When I give to my church, I check the general boxes where I’m trying to designate the money to go, but a disclaimer at the bottom tells me that even though I might have wanted my donation to help, say, the church’s fast offering fund to help the poor, the church reserves the right to use it wherever it sees fit.

Which would be fine ... if I knew anything about where that was.

END_OF_DOCUMENT_TOKEN_TO_BE_REPLACED

Jana Riess: A survival guide to the 2020 Book of Mormon ‘Come, Follow Me’ curriculum
By Jana Riess | Religion News Service • 4d ago 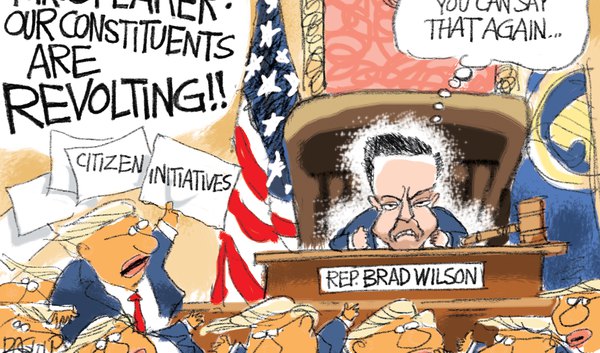