The church took another giant leap toward inclusion this week, eliminating the yearlong waiting period between a civil marriage and a temple “sealing.”

This means couples can marry civilly and invite all their loved ones to witness the legally binding wedding and then be sealed in a temple ceremony without a long delay.

Until this change, which took effect immediately, practically every Latter-day Saint family has had to exclude at least someone from a temple wedding, leading to awkward explanations and hurt feelings that sometimes last for generations.

Crystal Young-Otterstrom knows that firsthand from her family. She joins the “Mormon Land” podcast to talk about her experience and share her thoughts on this historic change.

Temple updates around the globe

‘Mormon Land’: Why the temple marriage change is the right move toward more inclusion and how bishops could still stand in the way

In a temple trifecta, Latter-day Saints broke ground Saturday on temples in Guam, Cape Verde and Puerto Rico — the first such edifices in each locale.

The three temples, though in different hemispheres and serving different batches of Latter-day Saints, will have similar exteriors — none with Angel Moroni statues — when they are completed in about two years.

“Without a doubt,” general authority Seventy Walter F. González said at the ceremony in San Juan, Puerto Rico, “this is a day ... that we will keep in our memories and in which the longing of so many brothers and sisters of this beautiful Island of Enchantment becomes reality.”

In North America, apostle Jeffrey R. Holland rededicated the renovated and redesigned Memphis Temple on Sunday. It was originally dedicated April 23, 2000, about a month before Tennessee’s other temple, in Nashville, on May 21, 2000.

Farther west, public tours of the newly renovated Oakland Temple will begin May 11 and run through June 1. The temple is scheduled to be rededicated June 16, according to a news release.

“It’s a real thrill to see [the temple] be rededicated, to see it be refurbished,” apostle Quentin L. Cook, who lived in the Bay Area with his wife, Mary, for more than three decades, said in the release. “And it has a place in my heart that’s very, very special.”

The landmark edifice, in the hills of Oakland, was the church’s 13th temple when then-President David O. McKay dedicated it Nov. 17, 1964.

Tapping the best of 1960s design innovations, the original architect, Harold W. Burton, created a windowless building. This temple was “one of the first in the church to use film in its instruction instead of a live presentation,” the release noted. “Burton believed a windowless design and theaterlike setting would enhance the viewing experience.”

“In the morning, the sun will rise through the windows,” church senior project manager Chris Robbins said. “It never had that in this building before.”

A waterfall, removed in 1969, has been reinstated. Visitors now will enter by walking under the cascading water, an addition Robbins called “stunning.”

Open houses and rededication services also are planned this fall at temples in Raleigh, N.C., and Baton Rouge, La.

In Utah, meanwhile, the church said it has filed preliminary plans — no exterior or interior renderings are yet available — for the temple due to go up in Saratoga Springs.

The three-story, 87,000-square-foot structure will be in the new Beacon Pointe subdivision west of Redwood Road and north of Meadow Side Drive, according to a news release.

Plaintiffs in a lawsuit over Utah’s medical marijuana law originally argued that lawmakers replaced a voter-approved measure with one of their own to appease the state’s predominant faith.

Now, they’re dropping that assertion from their suit against the state, because proving it would be too difficult and expensive.

In a recent filing, the Utah attorney general’s office argued that the LDS Church, which opposed the ballot initiative, simply was exercising its constitutional rights in lobbying on medical cannabis.

A changing of the Mormon guard is set at Claremont Graduate University.

Matthew Bowman, a history professor at Henderson State University in Arkansas and author of “The Mormon People: The Making of an American Faith,” will take over in July as Howard W. Hunter Chair of Mormon Studies at the Southern California school.

He will step into the post once held by Patrick Mason, who will become the Leonard J. Arrington Endowed Chair of Mormon History and Culture at Utah State University this summer.

RMs get a clearer path to a B.A.

When young missionaries go home, they often return to college. It might be to Cal or Cornell, BYU or NYU, Washington or Wisconsin, Utah State or Florida State.

Many, though, lack the money, confidence, chance and academic approval to pursue higher education.

The one-year, low-cost, online program helps students bolster their academic skills, prepares them for job-ready certificates and sets them on a track toward a bachelor’s degree.

“This initiative is a way to provide the means and access to a university degree to those who otherwise may not have pursued that opportunity,” Clark G. Gilbert, president of BYU-Pathway Worldwide, said in a news release. “ … By making it easier for them to enroll in BYU-Pathway Worldwide, we are giving many of them hope and ultimately blessing their families for generations to come.”

Saying no to this kind of conversion

“There are still 34 states that have no laws banning conversion therapy — 34!” said Reynolds, a Latter-day Saint whose band received the prize for best rock artists. “And, on top of that, 58 percent of our LGBTQ population live in those states.

“This can change, but it’s going to take all of us talking to our state [legislators], pushing forward laws to protect our LGBTQ youth.”

This summer’s LoveLoud concert is set for June 29 at Usana Amphitheatre in West Valley City.

When the men just don’t get it

When Brother So-and-So would say or do such-and-such, it left Jean B. Bingham “seething.”

“I would be angry the whole way home,” recalled Bingham, now general president of the women’s Relief Society. She would walk into the house and throw down her purse.

Her husband would say, “Another purse-slammer meeting, huh?”

Yep, but Bingham, during last week’s Women’s Conference at Brigham Young University, said she eventually learned — through prayer, effort, improved communication and better understanding — to “work with this brother.”

She advised female Latter-day Saints do the same when running into “dismissive” male priesthood leaders.

In October 2015, apostle Russell M. Nelson, now the church’s president, urged Latter-day Saint women to “speak up and speak out” at church and at home.

The Vatican’s new constitution will have a familiar sound to Latter-day Saints.

Putting evangelism at the forefront of the Catholic cause, the document is called Praedicate Evangelium, or “Preach the Gospel.”

“Pope Francis always underlines that the church is missionary,” Honduran Cardinal Oscar Rodriguez Maradiaga told the weekly Vida Nueva, according to the independent Catholic news outlet Crux. “ … It offers to the people of God a new and brave perspective.”

Latter-day Saints know all about their church’s volume “Preach My Gospel,” a field guide, of sorts, for the faith’s missionaries.

In March, Russell M. Nelson had a private audience with Francis, becoming the first Latter-day Saint prophet to meet with a Catholic pontiff.

Taking it slow on fasting

That growling gut serves as a rumbling reminder that fast Sunday sometimes seems to be the slowest Sunday of all.

She also suggests that perhaps the all-or-nothing tradition turns away some members who can’t, for physical or other reasons, abstain from food and drink for that long.

“What if instead of giving up altogether on fasting, people who get headaches fasted for one meal instead of two?” Riess asks. “Or they fasted from food but not liquids, since dehydration is often responsible for headaches? Or they fasted from sugar and fat and seasonings, keeping meals entirely basic, bland and small?

“ … Rather than quietly doing away with the practice,” she adds, “I hope we’ll talk about how we can experiment more profoundly with it, going beyond legalism (‘now, am I supposed to fast for two meals or exactly 24 hours?’) to spiritual freedom.”

An ode to missionaries

Six years ago, Cook and his wife oversaw a mission in Chile that changed his life when he witnessed the love, sacrifice, sweat, devotion and desires of their young charges.

“We were surrogate parents, nurses, financial advisers, counselors, shoulders to cry on, property managers, teachers, spiritual advisers, leaders and friends to our missionaries. We cheered on their personal successes and wept with them in their tragedies,” he writes. “ … Some came because of family tradition, others as first-generation converts. Some came proud and self-assured who in time became humble; others came scared and timid and became confident and capable … I am easily brought to tears when I think of them.”

“They came from every country in North and South America, the Caribbean and some from Europe. Some came from wealth; most came from poverty. … They lived and worked in economically challenging conditions that would astound most Americans. They found God, in the midst of self-doubt and faith crisis, and in the faces of the poor they served. They were shot at, robbed and assaulted. But never once did I hear them offer judgment on the culture or the people.”

David L. Cook, writing in The Buffalo News about his former missionaries.

END_OF_DOCUMENT_TOKEN_TO_BE_REPLACED 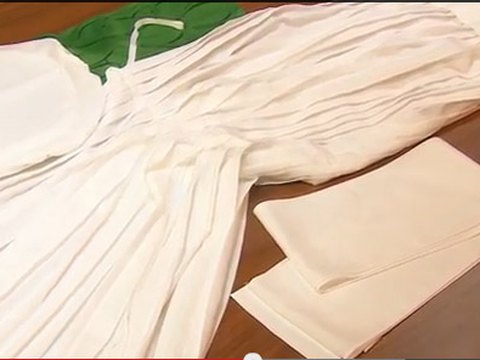 Robert Kirby: And it came to pass that Nephi did slay a defenseless drunk because God said to — really?
By Robert Kirby • 3d ago
END_OF_DOCUMENT_TOKEN_TO_BE_REPLACED
L 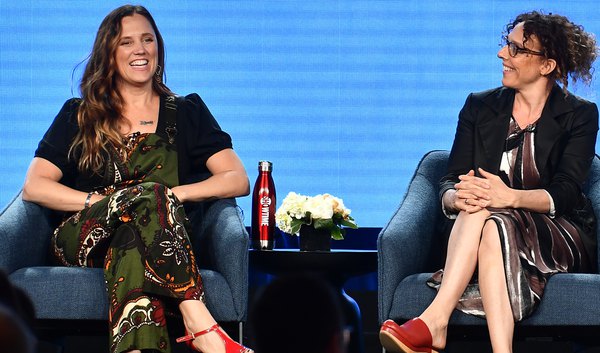 Impeachment schedule explained: Why the trial could last weeks
5m ago 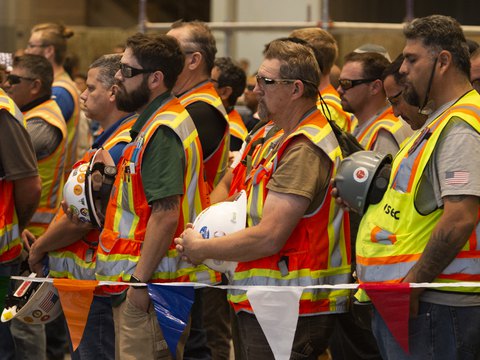