On March 21, 2013, I urged Rep. Chris Stewart to actively support common sense gun control measures that had been proposed by the Senate Judiciary Committee and Sen. Diane Feinstein, D-Calif.

Stewart's reply mentioned the 2010 U.S. Supreme Court's ruling, McDonald v. Chicago, affirming the right of citizens to own firearms. He inadvertently (or perhaps intentionally) overlooked the court's affirmation of "laws imposing conditions and qualifications on the commercial sale of arms."

Six years have passed since our exchange and I have yet to observe any movement by Stewart with respect to gun laws. None.

Perhaps now, in view of the mass shootings in Dayton, Ohio, and El Paso, Texas, Stewart can awaken from his long taxpayer funded hibernation and start living up to his legislative responsibilities.

Letter: More nuisances on the sidewalks?

Letter: Stewart made it easier for the mentally ill to get a gun

END_OF_DOCUMENT_TOKEN_TO_BE_REPLACED 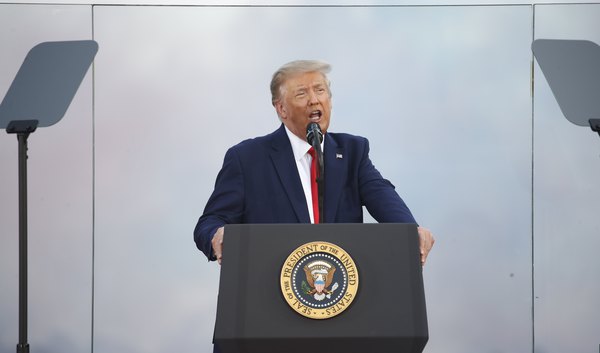 Letter: Twit in Chief the most incompetent president ever
By Charles Glaser | The Public Forum • 11h ago

Letter: So much for Utahns taking care of each other
By Lynn Martinez | The Public Forum • 11h ago

Commentary: Say no to the international student ban
By Alessandro Rigolon and Divya Chandrasekhar | Special to The Tribune • 13m ago