Many of us have been fighting for health care expansion for years. The Legislature finally agreed to expand Medicaid for the homeless, including addiction treatment. But this leaves law-abiding citizens who are not homeless, but too poor to afford any health care, in limbo. Despite obeying the law, they are treated like second-class citizens when, in many cases, criminals are getting better government-provided health care.

This November, Utahns will be able to correct this unfair situation and, if they vote to expand Medicaid, with a small sales tax increase, they will provide the same health care that homeless addicts get, to individuals under 138 percent of the federal poverty level.

There is also a question on the ballot to increase the gasoline tax by 10 cents a gallon to provide guidance to the Legislature. If the voters and Legislature approve, that money will be used to shift general funds from transportation to education, as part of the Our Schools Now compromise. Both ballot initiatives are important to Utahns.

But Utahns have had a lot of tax increases this year, including the Salt Lake City prison sales tax increase, the water and sewer fee increases and the Prop One tax that was voted down several years ago (but that will still apply to Utah and Salt Lake counties). In addition, property taxes will go up to provide more funding for schools.

On July 31, the Salt Lake City Council will have a final public hearing on whether to place a bond on the ballot, along with the other two important ballot questions, that will provide $87 million for Salt Lake City streets. Despite already raising the sales tax for streets, police, affordable housing and transit, the council wants more funding for streets projects.

There is no guarantee that all of the funds will be used for basic maintenance and, as governments like to do, there is a tendency to use funds for monuments to elected officials and beautification and traffic calming projects. Roads should be brought up to basic service levels before trying big projects to make them pretty or decreasing travel lanes. Every time Salt Lake City suggests decreasing travel lanes, no matter how beneficial it could be, the neighboring communities become polarized. Like the Sunnyside and the 2100 South proposals, there is a big uproar and the popularity of the projects significantly decreases.

Ironically, on the same night and time as the public hearing on the bond question, there will be a public hearing on using $15 million in transportation funds on an underground parking garage for the $400 million project west of the Salt Palace. The project requirements are that it should “improve safety, reduce congestion etc.” and projects should have high public support. But, in my opinion, $15 million should be, could be and would be better spent on a bicycle and pedestrian bridge over the 900 South train tracks. Salt Lake City’s plan for a safe bicycle trail on 900 South is significantly impacted by the rails.

Like Aesop’s dog, reaching for too much (in tax increases) could lose everything for Salt Lake and Utah residents. Health care expansion should have priority and the rest of the counties and cities should not be putting more bonds on the ballot. On July 31, at Salt Lake City Hall at 7 p.m., there will be a public hearing on whether to put an $87 million bond question on the ballot with health care expansion’s sales tax increase and the gasoline tax increase.

END_OF_DOCUMENT_TOKEN_TO_BE_REPLACED 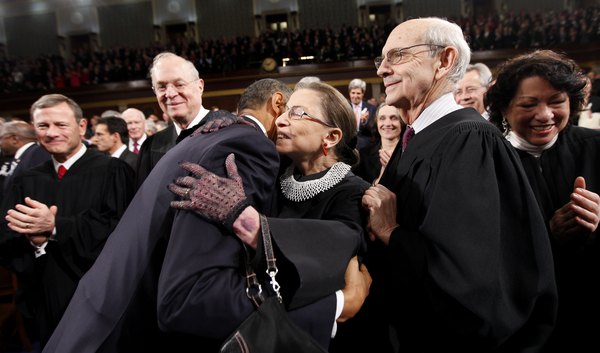 Gail Collins: Ruth Bader Ginsburg knew what to do with her time
By Gail Collins | The New York Times • 5h ago 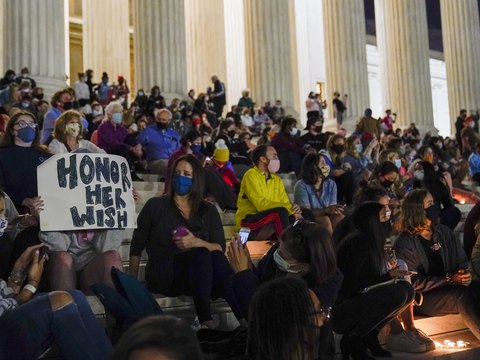 Maureen Dowd: Will the election turn on RBG?
By Maureen Dowd | The New York Times • 6h ago

Robert Kirby: Back to church — otherwise known as rounding up the herd
By Robert Kirby • 10h ago
END_OF_DOCUMENT_TOKEN_TO_BE_REPLACED
L

Letter: It’s beyond me
By Paul Davis | The Public Forum • 9m ago