Utah’s billboard industry might need to gear up for another fight with the capital city.

Salt Lake City mayoral candidate Erin Mendenhall said definitively Wednesday that she would work, if elected, to reduce billboard clutter that blocks skyline views in the gateway to the city — and her opponent, Luz Escamilla, said she would be open to having the conversation.

“There has never been a better opportunity for Salt Lake City and our next mayor to dramatically change our grand boulevards,” argued Mendenhall, a Salt Lake City councilwoman, during an hour-long Downtown Alliance debate at the Regent Street Black Box at the Eccles Theater ahead of next month’s general election. “We have to do this.”

Escamilla, a state senator, was a little more subdued, but said that “if the public is asking questions in terms of shifting aesthetics and that includes billboards, let’s have that conversation. That is critical and I don’t see why that would be different from any other conversation.”

The billboard industry has amassed vast political clout in the state and was a major player in the 2015 city mayoral race between Ralph Becker, who was running for re-election to the seat at the time, and now-Mayor Jackie Biskupski.

Reagan Outdoor Advertising funded a campaign to boost Biskupski and hurt her opponent — even running an anybody-but-Becker campaign against the man who had fought pro-billboard legislation as a member of the Utah House from 1997 to 2007 and during his two terms as mayor.

Escamilla was one of several candidates during this year’s primary to be the beneficiary of billboards from a political action committee linked to Reagan Outdoor Advertising. She disclosed $13,600 in campaign expenditures for billboard space before the primary and no new campaign disclosures have been filed since that Aug. 15 election. She has also benefited from an unknown amount of free advertising from billboard companies, which the campaign is not required to report because it does directly receive or coordinate the donations.

During the 2018 legislative session, Escamilla voted in favor of a bill that gave sign companies greater leeway to install digital signs and relocate old ones. HB361 was fiercely opposed by cities until it was amended late in the session to give them more time to value and relocate billboards. The bill received broad support in both chambers of the Legislature.

“I voted for the bill because it came as a consensus bill between the League of Cities and Towns and the industry," Escamilla said Wednesday evening, noting that it was a more complex bill than most. “That’s how it was presented in the conference committee that I was part of.”

A state report filed by Reagan’s PAC shows it has contributed $75,000 in free billboard space after the primary but doesn’t disclose which candidates benefitted.

Justin Lee, state elections director, said PAC in-kind expenditures that benefit a candidate should be reported, and he planned to reach out to the PAC to have it adjust the disclosure accordingly.

Mendenhall has yet to utilize billboards — a decision she said has been deliberate.

“You don’t see my face on a billboard for a lot of reasons, but the No. 1 reason is that I intend to negotiate with the billboard industry,” she said. “The stalemate has lasted too long.”

While some see billboards as a scourge on Utah’s natural landscapes and urban skylines, outdoor advertisers have argued that the signs are positive for the many companies that advertise on them, directing residents to their products and services.

When cities have threatened to crack down on regulations, they’ve often run to the state Legislature for protection.

With the possibility that Salt Lake City could host the 2030 Olympics, Escamilla said it’s important to consider “preservation, aesthetics and beautification” befitting of a great capital city. She argued, however, that the “property owners” need to be part of that dialogue and “feel like they’re being heard.”

Mendenhall noted that the city’s skyline is changing, with the addition of six new high rises in the next few years, and that she wants people coming in to Salt Lake City from the airport on I-80 and off the 600 South offramp to have a better first impression of the city.

“We should never have people coming over that hill and looking at the very same dilapidated and blighted entrance to our city that we had in 2002,” she said. “If we don’t have a mayor who knows how to lead this kind of a conversation, that’s where we’re going because that’s the stalemate we’ve been in for decades.”

Correction: Updated at 5:00 p.m. on Oct. 9 >> Luz Escamilla's campaign has spent $13,600 for billboards. A previous version of this story misstated the source of those funds.

END_OF_DOCUMENT_TOKEN_TO_BE_REPLACED 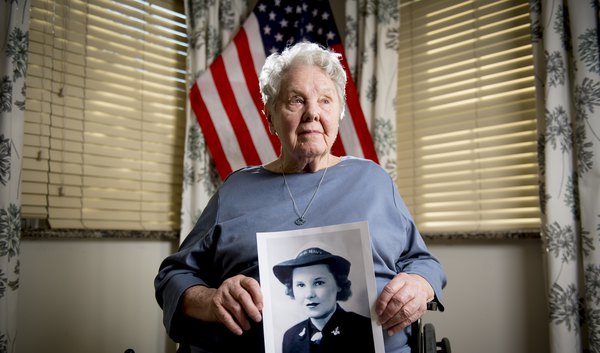 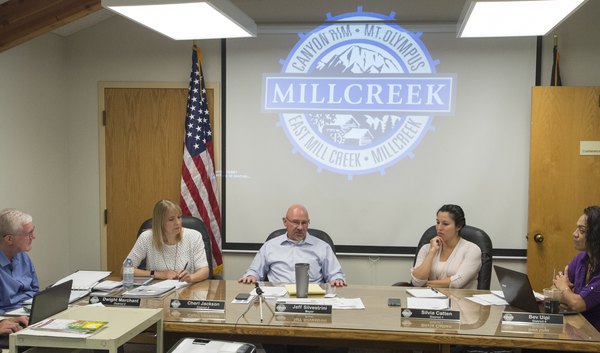 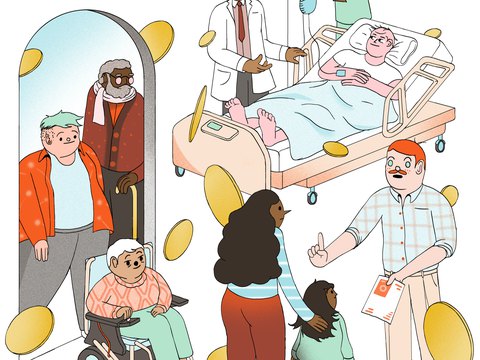