Boosting economic development has been a hallmark of Salt Lake City Mayor Jackie Biskupski’s administration, which fostered a billion dollars in new investment over three years and attracted more than 9,000 new jobs through the first city department dedicated to the task.

Still, the two candidates running to replace her in the upcoming November election say they see opportunities to do even more. Each is promising, if elected, to cut red tape to make it easier for businesses to locate in the city and to improve conditions for workers by recruiting new industries that mirror the city’s values.

Mendenhall, who has received the support of unions throughout her campaign and emerged as the frontrunner in August’s primary election, said she wants to attract companies that also have “appropriately aggressive” climate change goals, are erecting “sustainable, clean buildings” and that will help grow the city’s tax base.

Sen. Luz Escamilla, a Zions Bank executive, says she sees room for growth in the education, manufacturing and banking industries and argued the city needs to change its culture around working with businesses in order to remain competitive.

“If they share the values we have as Salt Lake City residents, this is a perfect place for anyone and my administration will look forward to welcome them and get to a point where they really feel integrated,” she said.

Both candidates have expressed support particularly for growing the city’s tech ecosystem as companies have gravitated instead to Lehi and other areas along the Interstate 15 corridor known as Silicon Slopes.

To accomplish that vision, Mendenhall said she wants to forge a partnership with universities and business leaders to grow the tech industry presence within the city, which she says would create higher-paying jobs that could particularly help women and generate greater tax revenue.

“We don’t have to invent the wheel here,” she said, noting that other cities have successfully leveraged these relationships to cultivate tech.

Mendenhall also said Monday that she would convene a task force to better understand the challenges and opportunities for growing tech. And she plans to launch a targeted educational campaign that would promote and attract Salt Lake City to innovators and business leaders and to explore improvements to permitting and other city regulations.

Four homicides in one year have Ballpark neighbors calling for action

At Zions Bank, Escamilla said she has worked to develop and grow businesses and also notes her service on the executive board for Silicon Slopes — experience she thinks makes her best suited to fulfill the vision for a tech ecosystem.

“I feel very confident that with my experience talking to [businesses] and surrounding myself with many of these companies that the tech industry is a big future for Salt Lake City,” she said.

Escamilla says she wants to fight for higher wages from businesses already located within the city and said she would lead by example, ensuring that all managers in City Hall have discrimination and harassment training and oversight.

She supports the use of tax breaks to incentivize businesses to come to Salt Lake City but said any money given out needs to be based on “very defined, measurable targets.”

Mendenhall echoed that sentiment, arguing that incentives should be used with “prudence.”

She advocates for updating the city’s permitting processes and boosting the programs offering assistance to low-income entrepreneurs to make it easier for businesses to get started, but Mendenhall also has vowed to stop “giveaways” to developers in the form of returned impact fees.

These are fees developers pay to the government to make up for the costs associated with growth. The city has six years to spend those fees and under Biskupski’s administration has returned upwards of $3.2 million in unspent impact fees since 2016, Mendenhall’s campaign notes.

That means that growth “is being shouldered by taxpayers” and that would end, “immediately,” with her administration, she said.

“On Day One, we do a full assessment of the impact fee facilities plan and immediately begin work with the state-approved contractor to update that plan so that every dollar given to the city to pay for growth is used for growth,” Mendenhall said.

Escamilla agreed money should not be left behind “if it’s available” and said the city should look at ways to expand use of impact fees.

“I feel confident that we will definitely find places where those impact fees will be utilized,” she said. "If we can make it broader, the better so more areas can be helped through this process.”

END_OF_DOCUMENT_TOKEN_TO_BE_REPLACED 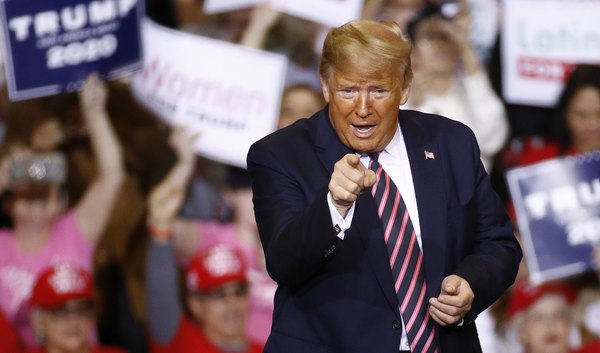 Maureen Dowd: Trump should admire a movie about con artists who wreak chaos
By Maureen Dowd | The New York Times • 17m ago 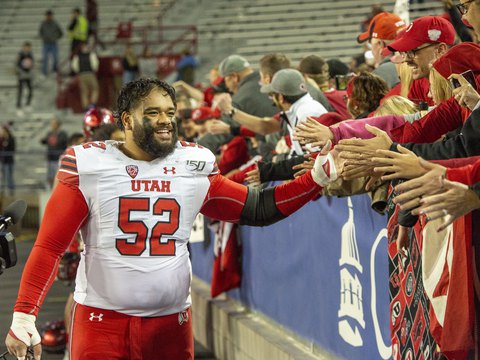 IOC official: Tokyo Olympics are still on — for now
59m ago