‘Unadoptable’ dog becomes K-9 in Idaho with a purpose

He hangs out with students during lunch and enjoys lots of pats in the halls when students pass by. There’s a particular hallway he usually bolts down because a teacher always has a treat waiting for him — that’s his favorite classroom.

And when necessary, he will visit other Nampa schools and sniff for drugs that may be in cars, classrooms or lockers.

These are only a few of the adventures of Huck, the Idaho Press reports.

Tlucek, who has been a student resource officer at the middle school off Greenhurst Road in Nampa for nine years, saw a growing need for a certified drug dog within the schools. Before Huck, high schools would contact patrol officers to bring their K-9s to do drug searches, and sometimes they wouldn’t be able to get to the school. Now, schools are able to contact Tlucek, and Huck gets called to the job.

The most common or accessible drug for students is marijuana, she said.

“He’s not your typical drug dog,” she acknowledged, adding that most people might expect to see German shepherds or Labrador retrievers.

Before getting certified as a police K-9, Huck spent most of his life in a shelter. He came to the Meridian Canine Rescue in August 2017 after spending time at a Utah shelter where he was deemed “unadoptable” due to his high energy level, Tlucek said.

In early 2018, Tlucek made a proposal for a single-purpose drug dog in the schools. The police department approved her plan and gave her a $600 budget. The Meridian rescue thought Huck, previously named Bud, would be a good fit.

It turned out, he is. He was adopted May 14, 2018, and became certified as a single-purpose drug dog before the start of the 2018-19 school year. Tlucek thinks if he hadn’t been adopted, he still would be at the shelter.

Retired war dog, once underweight and petrified of everything, finds a new life with Utah family
As SLC airport passengers increase, TSA goes to the dogs to keep up
Police K9 rewarded for finding lost boy

Dog lovers, rejoice! Here are 22 Salt Lake County restaurants where you can have your puppy on the patio.

Huck is trained to alert for marijuana, methamphetamine, heroin and cocaine. In a busy week, he might sniff at two or three different schools, so he does a lot of training to continue to be able to make alerts.

Now in his second year at the school, Huck almost never goes unnoticed by students.

“He searches for drugs, but it’s mostly building relationships with the kiddos,” Tlucek said.

He’s become a buffer for children who might have a negative view of police, she said. She hopes having Huck helps change their perception.

“I think my expectation for [Huck] wasn’t to find a bunch of drugs in schools,” Tlucek said. “My expectation was to hopefully prevent kids from making those choices.”

Huck also has his own Instagram account now, which allows people to see what his life like. Tlucek follows other handlers who have their own K-9 pages and thought it would be a good idea to showcase what the K-9s in Nampa’s unit were doing, too.

“There’s other sides to the dogs than just working,” she said. “It makes them a little more personable.”

In his first week with the new social media page, he’s racked up more than 150 followers.

Huck is one of nine K-9s at the Nampa Police Department. Three, including Huck, are single-purpose drug dogs, one is a bomb detection K-9 and four are dual-purpose K-9s, meaning they can sniff drugs and apprehend suspects.

The use of rescue dogs is gaining a small, but steady amount of traction elsewhere in the U.S.

For example, a pit bull named Kiah joined a police department in New York in 2015 as a drug sniffer after being rescued from a Texas shelter.

“The breed isn’t important,” Brad Croft with Universal K-9 said in an Associated Press story from 2015. “It’s what’s inside of the dog that’s important.”

The Meridian Police Department also has a K-9 that came from a rescue shelter in the Wood River Valley. Dory, a yellow Labrador retriever, is set to retire soon after working as a single-purpose drug detection dog for about seven years.

“She’s been awesome, and she has done a great job for us,” Meridian Lt. Berle Stokes said.

Caldwell Police attempted to use rescue dogs as a way to save money from the high costs of dual-purpose K-9s, but the dogs weren’t the right fit to become apprehension dogs, according to an Idaho Press report from 2015.

END_OF_DOCUMENT_TOKEN_TO_BE_REPLACED 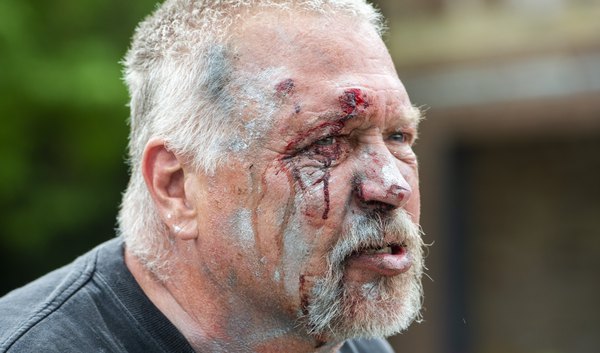 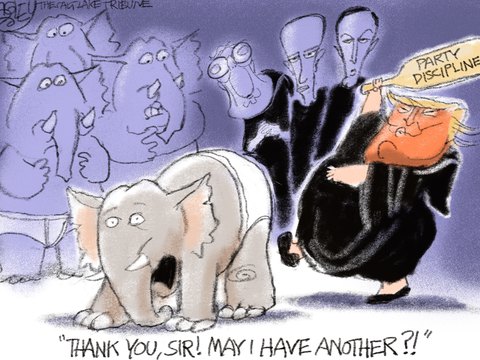