When Ezra Sosa auditioned for “So You Think You Can Dance,” he had one goal in mind — get his sister, Stephanie, back on the show and launch her toward a top 10 finish. Or better.

“We put more effort into showcasing my sister,” said the 18-year-old from Provo. ”There is very little emphasis on me because I was mostly doing it for her.

“Obviously, I wanted to audition for the show. But I just didn’t think it was my time to shine. I knew it was hers and I knew she was ready and I knew she had what it took.”

She was, and she did. Stephanie Sosa, who was cut just before the top 10 a year ago on the Fox dancing competition show, is a finalist this season.

And so is Ezra.

“I was incredibly shocked,” he said. “I had a whole speech planned for when I was cut.

“I mean, no sibling pair has made the [finals]. So when I heard Steph made it, I was, like, ‘There is no way I’m making it.’ So I was kind of accepting my fate. And I was OK with that.”

Stephanie, on the other hand, said she was “sure he would make it. He’s a great dancer. And he’s a great brother.”

But Ezra sort of figured that, like Stephanie — who is 14 months older — he’d spend a year honing his skills and give it another try in 2020. He has sort of been following in his sister’s footsteps since they were kids and “attached at the hip.”

2nd try lands Utahn in ‘So You Think You Can Dance’ finals. And her brother might join her.

‘American Idol’ auditions are coming to Utah on Aug. 29

“And then I ended up loving it.”

Stephanie and Ezra did not grow up in a family of dancers. The expectation was that they’d be on the pitch, not on the stage.

“My parents are soccer players. They grew up playing soccer,” Ezra said. “My dad was a soccer coach for BYU. My mom met my dad playing soccer. So they were pretty set on having a soccer family.”

When Stephanie started dancing, Enrique Sosa — a former assistant soccer coach at Brigham Young University — thought it was “just a hobby.” When Ezra started dancing, he “kind of got worried.”

“And then my brother started dancing, my dad was, like, totally upset about it,” Ezra said. “But he ended up being very supportive. His passion for soccer moved to dance.

“My parents are definitely over the moon. They’re going above and beyond with everything. Because of my mom’s stroke, it obviously was hard on our family. But because of this, we just see a brighter light in our life and my family is just so grateful.”

The Sosa siblings have spoken on the show about the stroke their mother, Lucrecia, suffered several months ago, and their faith. (They’re members of The Church of Jesus Christ of Latter-day Saints.) And how much this “So You Think You Can Dance” experience has meant to them.

“We can really show America the power of family,” Ezra said.

And, perhaps, send another message. Enrique Sosa immigrated to the United States from Argentina; Lucrecia Sosa emigrated from Mexico.

“Yes, I came from two immigrant parents,” Ezra said. “But we just really want America to see the blessing that dance was for us. And a lot of the time, all we had was dance and each other. Dance is what kept my family going.”

The competition continues Monday at 8 p.m. on Fox/Ch. 13 with the first of the “live” episodes (seen on tape-delay in Mountain Time). For the first time this season, the dancers’ fates won’t be up to the judges, but in the hands of viewers who vote for their favorites.

“That’s definitely the hardest thing from my mind to wrap around — that the judges aren’t keeping me in the competition anymore, America is,” Ezra said. “And dance is so subjective. You can go out and do a piece and the judges will love it, but America won’t. Or vice versa.”

At this point, the Sosas still “can’t really wrap our heads around the fact that there’s two of us in the top 10,” said Ezra. They were having lunch together during the academy phase of the competition — which ended with the selection of the top 10 — when Lucrecia Sosa said, “Wouldn’t it be crazy if you both made the top 10?”

END_OF_DOCUMENT_TOKEN_TO_BE_REPLACED 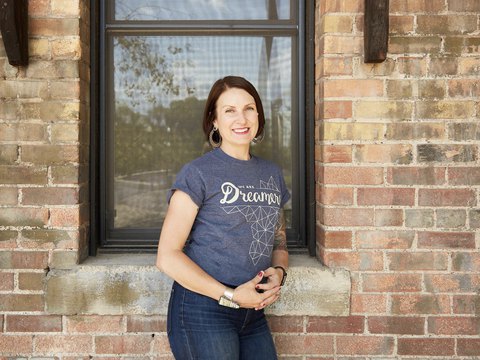