Utah soccer star Carly Nelson has walked some tough miles as an openly gay athlete, and come through intact. ‘I’ve loved my journey,’ she says.

Carly Nelson loves everything about her goalkeeper's job description for the Utah women's soccer team, including the pressure of keeping opponents from scoring, having a unique view of the field and directing the defenders in front of her. “And, of course,” she said, “wearing the different colors.”

Nelson has worn distinctive goalie uniforms of gray, pink, blue and yellow at various times in her Ute career. Those color choices are her personal expressions, just as her parents once believed about her sexual orientation.

Being openly gay as a college athlete is part of Nelson’s complex story that includes a suicide attempt as a teenager in Utah County, an evolving relationship with her family and recent health issues, all while thriving as a face of Ute soccer. The senior leads the Pac-12 with 71 saves in 14 games; the Utes are 6-5-3 overall and 1-2-2 in the Pac-12, tied for seventh place.

Nelson needed surgery in June to remove a piece of her jawbone after being diagnosed with osteomyelitis, a rare bone infection.The follow-up treatment required intravenous antibiotics for six weeks, and Nelson even played in a couple of games this past summer for the Utah Royals FC reserve team with a medication tube in her arm.

“As far as we know, it's all better,” she said, although some pain has resurfaced lately.

When it was suggested that she has experienced a lot in her 21 years, she laughs good-naturedly. “It could seem like I’ve had a rough time, but … I’ve loved my journey, where I’ve been and what it’s put me through, because it’s made me who I am today,” she said, sitting on the sideline of Utah’s new soccer field. “I genuinely love the person that I am.”

Who she is involves many labels, including her self-description of “very loving, understanding, fun, positive, happy; I love life. I’m very passionate about what I do. … People call me intense, but I don’t think I’m that intense.”

Ute soccer goalkeeper Carly Nelson, on how she describes herself. pic.twitter.com/YQbMK0mwHX

Eric Nelson, her father, says she’s courageous, humble and kind, caring about teammates throughout the roster.

Utes at midseason: They are rolling now, but that loss to USC looms large

Ron McBride at 80: He’s still ‘real,’ ‘magnetic’ and busy as he works to help kids and coaches succeed

The Utes know all about Jayden Daniels, who’s thriving as Arizona State’s quarterback

Ute teammate Tavia Leachman: “Hilarious … kind of just a light to be around, just a joy. Always positive, always caring about other people before herself, very goal-oriented. … hyper-focused on the well-being of other people. That's not something you find in a lot of people.”

And she’s lived through a lot, as partly detailed in recent stories on the Utah Athletics website and in the Daily Utah Chronicle student newspaper. The Salt Lake Tribune’s subsequent interviews have covered more of her family dynamics, how her parents went from thinking she could change her sexual orientation after she initially came out to them as a college freshman to radically altering their perspective of the subject.

“I’ve apologized to Carly since then, because I did my homework,” said her father, Eric, who raised four daughters with his wife, Joy, in Lindon. "I came to understand that no amount of personal choice and freedom could change orientation. God’s design includes LGBT.”

What he describes as “a clear and powerful change in my paradigm” came from reading Christian woman Vicky Beeching’s book, “Undivided: Coming Out, Becoming Whole and Living Free From Shame.” Conversations with a BYU staff member, who’s openly gay and remains a fellow member of The Church of Jesus Christ of Latter-day Saints, further shaped his outlook.

Carly Nelson was hospitalized in ninth grade after attempting suicide. At the time, her family was unaware of her orientation and the accompanying social pressure. “I was super oblivious to everything she was going through, growing up,” said Emily, who's eight years older.

She shares that episode in an effort to “help people realize that, yes, that’s a real issue ... because we don’t feel like we have that support, we don’t feel like we can talk about it,” she said. “We’re isolated, so the only way we feel like we get rid of our pain is to move on with our lives. … It was a very scary thing to admit, but I think a lot of people do struggle with it and it’s more of a big issue than we realize.”

When she did come out to her parents, the news shook them and “created a barrier in our relationship,” Carly Nelson said. “It was really bad for two years. … Going through that really rough period of time when we weren't speaking, just not being in each other's lives, and to now, I think that was the barrier our relationship needed for it to come back stronger.”

Eric Nelson clarifies that he and his wife never “cut her off in any way.” The parents sent encouraging text messages, invited her to family events and covered half of her expenses beyond her athletic scholarship, while hoping to develop self-reliance, he said.

“I told her she was loved and would always be welcome in my home,” he said. “And I meant it then as I do now.”

Yet he understands why Carly felt isolated, after he told her she could overcome her orientation by “hard work.”

“Carly and I have been close throughout her life,” he said, “so for her dad to not understand the most important part of her identity would be crushing.”

Her sisters were accepting, with Emily once pushing back after being urged to help Carly change. “Mom,” Emily responded, “she is normal.”

Nelson's parents now view themselves as LGBTQ advocates, hoping to help other parents understand their children's orientations. Eric Nelson describes his research into the subject as “a great blessing to me, to learn how uninformed I was.”

The family has “settled into a nice normalcy,” according to Emily, and Nelson's teammates admire them.

“It’s crazy to think how far she’s come and how hard that was for her and how it was such a battle internally and externally with the environment we’re in,” said Leachman, her teammate for four seasons. “She’s thriving; she has amazing support, amazing family, amazing friends. I’m so proud of her.”

Nelson will graduate in December with a psychology degree, while also being interested in real estate development and hoping to play professional soccer. She trained with Royals goalkeeper Nicole Barnhart, labeling her a “legend.”

Barnhart’s instruction helped her see the game better from the goalkeeper’s position on the field. Away from soccer, Nelson already had developed a clear vision of where she has been and where she is going.

CARLY NELSON AT A GLANCE


Hometown: Lindon.
High school: Timpanogos HS, Orem. The Timberwolves reached three straight Class 4A state championship games.
Soccer club: Celtic Storm, five-time state champion.
College highlights: Ranks No. 3 in school history with 20 shutouts and needs 26 saves to move into the top five. … Started six games as a freshman and allowed three goals in 482 minutes played. … Shut out No. 10 USC as a sophomore … Led the Pac-12 with 92 saves as a junior, including 11 in a tie with No. 2 USC, and posted eight shutouts. … As a senior, named the Pac-12 Goalkeeper of the Week for the fourth time in her career as the Utes shut out four nonconference opponents in September.

Editor’s note: If you or people you know are at risk of self-harm, the National Suicide Prevention Lifeline provides 24-hour support at 1-800-273-8255.

END_OF_DOCUMENT_TOKEN_TO_BE_REPLACED

Eye on the Y: The Cougars’ big win over Gonzaga helped BYU win over a talented JUCO transfer
By Norma Gonzalez • 13h ago 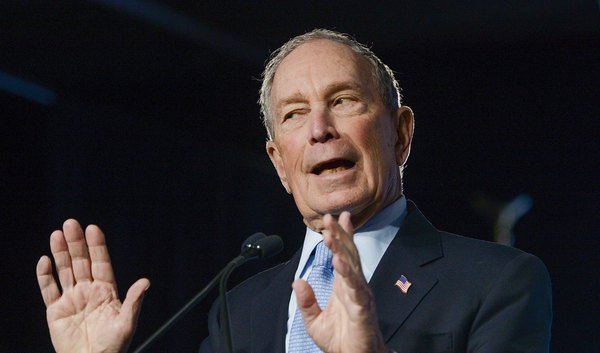 David Brooks: The case for Mike Bloomberg
By David Brooks | The New York Times • 4h ago 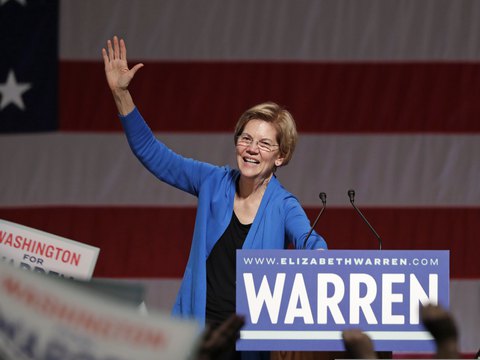