Ron McBride at 80: He’s still ‘real,’ ‘magnetic’ and busy as he works to help kids and coaches succeed

In a scene that recently has played out in six schools in Ogden and the Salt Lake Valley, Ron McBride posed for photos with administrators, smiling as they held an oversized, cardboard check from his foundation.

The speeches that followed took only a few minutes, enabling the school day to continue, except for one complication: McBride wouldn't leave the building. Terry Humphreys, the principal of Highland Junior High School in downtown Ogden, marveled as she described the visit by McBride, the supposedly retired football coach who turned 80 on Monday.

She’s accustomed to donors making check presentations — and appreciates all of them. McBride’s appearance, though, was more than ceremonial. “He was focused on interacting with the kids, which is how it should be,” Humphreys said. “He was interested in the kids, asking them questions. … They know when you’re faking it. Coach Mac was real.”

Same story at Ogden High School, where Principal Luke Rasmussen observed, “He’s got a passion for helping kids be successful that comes through. … He’s a magnetic personality.”

A month later, the Ron McBride Foundation's $15,000 gift is making an impact in after-school programs at Highland, in ways the old-school coach never could have imagined. Among other programs, the support has led to this: the creation of a Dungeons & Dragons club, engaging students in role-playing games.

So he's building character, and they're becoming characters. It's all fitting together in this phase of McBride's life. At 80, he says, as if such clarification is necessary, “I'm not big into retirement.”

He’ll make one concession to age, using his 80th-birthday celebration as the foundation’s fundraising Legacy Gala on Oct. 25.

His wife, Vicky, shares him with an outside world that he embraces. He remains hopelessly tied to football, spending Tuesday afternoons coaching the defensive linemen at Juan Diego Catholic High School in Draper. “He’s having a blast,” said John Colosimo, the Soaring Eagle’s coach. “He can get 'em to do anything. … He’s just a bundle of energy, especially this time of year.”

Juan Diego is among several programs he's connected to, in various ways. “He wants to be right in the mix of everything” said Alema Te'o, Alta High School's coach.

McBride personally attends to his coaching tree, such as spending two weeks in Logan in August with Gary Andersen's Utah State team, immersed in his favorite aspect of football: offensive line play.

IN-STATE INFLUENCE
The three main branches of Ron McBride's coaching tree have a combined 12-5 overall record this season and their teams all are conference or division co-leaders:
• Kyle Whittingham: An assistant to McBride for nine years at Utah, Whittingham has led the No. 13 Utes to a 5-1 mark, 2-1 in the Pac-12.
• Jay Hill: The former Ute defensive back and graduate assistant under McBride has Weber State at 4-2, 2-0 in the Big Sky, with a No. 5 ranking in the FCS.
• Gary Andersen: A center for Utah when McBride coached the offensive line, Andersen coached under McBride for six seasons. His Utah State team is 3-2, 2-0 in the Mountain West.

McBride is a unique figure in the state’s college football history. His legacy after 13 seasons (1990-2002) as Utah’s coach includes restoring a genuinely competitive rivalry vs. BYU and developing a Pacific Islander influence that has taken hold statewide. He built the bulk of the Utah roster that Urban Meyer turned into a 12-0 team in 2004. And then he revived Weber State’s program during a seven-year tenure.

“He's such an advocate for the Polynesian community,” said Te'o, who founded the All-Poly Camp. “He educated half of the valley, he's been around so long.”

McBride is a rare case of a coach who was fired by a school and was inducted into its athletic hall of fame. As he said in advance of Utah’s honoring him in 2012, “I’ve always been proud of what we did there. We created respect, that we could play with anybody … that BYU doesn’t rule the state anymore. We established ourselves as being a good, solid program. Utah was going to be a football power."

Meyer and current coach Kyle Whittingham have credited McBride with laying the Utes’ foundation. And now his charitable foundation is doing good things, with $90,000 in donations to six schools this year.

Having grown up in East Los Angeles in a working-class neighborhood, surrounded by tougher environments, McBride relates easily to the diverse culture of city schools in northern Utah. His foundation has supported after-school programs that stretch beyond sports, including ceramics, debate and dance, among other subjects — all designed, he said, to give students “something constructive to do."

“I like what we’re doing,” McBride said. “The stronger we get, the more influence we’ll have. … The more stuff you see, the more it energizes you to do more.”

In seeking support for the foundation, McBride said, “You have to prove it first. It's like building a football program. If we can prove we're making a difference, more people will help us. If you just talk about it ...”

He stopped midsentence, leaving the irony there for the taking. McBride loves to talk. He appears on a weekly radio show on 1280 The Zone during the football season, previewing the weekend’s games in the state. The format basically is McBride telling old tales that somehow sound new. Similarly, lunch with him is adventurous; the conversation goes everywhere.

On an October afternoon in the Old Mill area at McBride’s latest favorite hangout, it takes him about 90 minutes to finish a half-size salad, between stories. Urged to pause and eat, he says reassuringly, “I’ll get through, eventually.”

END_OF_DOCUMENT_TOKEN_TO_BE_REPLACED 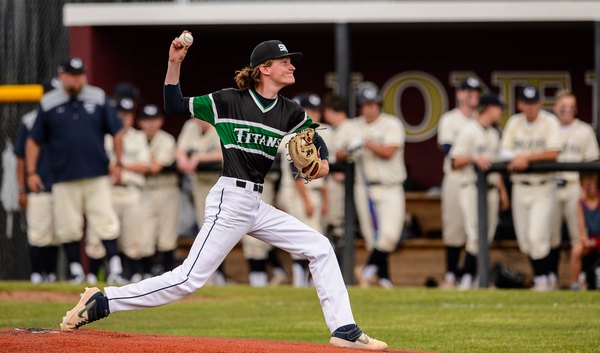