Utah State’s goal is a Mountain West football title, but with many new faces, Aggies will have to gel in a hurry

The 2020 football season for several college programs has been as on-again-off-again as Ross and Rachel’s relationship on “Friends.”

Just two days into Utah State’s spring practices, the remainder of their sessions were canceled due to the coronavirus pandemic. Coach Gary Andersen vowed to stay connected to the players during that time, even though there was no guarantee football would start as scheduled, or even at all.

A few months later, the Mountain West Conference was among those that decided to cancel fall sports despite a week earlier announcing an 8+2 schedule where teams would have the opportunity to play eight conference games and add two outside their conference. Again, Andersen and his players had to adjust.

But then the conference reversed the decision and fast tracked a fall season that, for the Aggies, starts Saturday against Boise State. Utah State had less than a month to prepare.

“There was times where we really didn’t think it would occur, that there was pretty much no chance that it was going to occur,” Andersen said. “And then it kind of flipped on us, which is a great thing.”

Once 2020 season kicks off, however, it will be unlike any other. Fans won’t be allowed at some stadiums. Some games will be played on a Thursday. There won’t be divisions in the Mountain West Conference this year.

And possibly the most important aspect of this year is positive cases can derail a team at any point, and there’s no room in the schedule for make-up games.

“You could lose two or three kids in one position group in the snap of a finger when you test three times a week like we are,” Andersen said. “We’re going through that. Every day we come back and you get hit here, you get hit there and kids need to answer that.”

But as the opening game of the season approaches, just getting a chance to be on the field has allayed some of the outside concerns for the Aggies. Some of the rust has shaken off now that practices have been consistent. And while team chemistry has been more difficult to build due to the lack of team gatherings and time in the locker room, that’s at a good place as well.

“I believe they do have a solid chemistry right now,” Andersen said. “A lot of that is probably because it’s been cut short for them. They know that their time together with a guarantee of eight games right here — that’s not a guarantee either this year. But they’re really excited about the moment and they’re excited about coming to practice.”


Oct. 24 at Boise State. 5 p.m.
The Aggies open the season against their Mountain West rivals, who won the conference championship in 2019.


Oct. 31 vs. San Diego State. 7:30 p.m.
The first game at Maverik Stadium in 2020 after the coronavirus pandemic caused the brief cancellation of USU’s season.


Nov. 14 at Fresno State. TBA
Utah State escaped with a win over the Bulldogs last season on a game-winning field goal.


Nov. 19 at Wyoming. 7 p.m.
Wyoming is predicted to finish second in the Mountain Division of the MWC behind Boise State.

The Aggies have a new quarterback in Shelley, who has already started to connect with his teammates. He replaces Jordan Love, who made a name for himself at USU with his NFL-caliber arm and got drafted by the Green Bay Packers.

Shelley thinks his versatility at the position will help the Aggies.

“I feel like I can throw the ball well enough for us to win games, and I can run the ball as well,” Shelley said. “Just being an all-around football player and the best quarterback I can be is something that I can just add to the team.”

The running back position has been contentious during fall camp, Andersen said, and that seems to be the way he wants it. Senior Jaylen Warren and graduate transfer DeVonta’e Henry-Cole highlight that group on offense after winning the top two spots. But Andersen said he feels he has as many as four or five running backs that he would feel confident putting on the field as needed.

The offensive and defensive lines might be the biggest question marks for Utah State this season. During camp, the offensive lineman have continuously shifted positions as Andersen has tried to find the best combinations. Andersen said sophomore Andy Koch alone has played three different positions in camp.

On the other end of the field, the defensive line features several upperclassmen, but many of them are stepping into bigger roles in 2020 compared to last season. But Andersen said senior Justus Te’i has embraced a leadership role on the defensive line.

“He has been a huge part of what we’re trying to get done with just the cohesiveness of a defensive line that is new for the most part,” Andersen said of Te’i.

The lack of divisions in the conference means the teams with the top two winning percentages will vie for the Mountain West title this season. That puts Utah State’s goal in sharp focus: get to that title game at all costs.

The Aggies have a new quarterback, a practically brand new defensive line, and were picked to finish fourth among Mountain Division teams in a poll in July. If the Aggies want to win the whole thing, they have their work cut out for them.

But Henry-Cole, a former running back at the University of Utah, may have summed up the overall feeling the Aggies have just to play football again, regardless of goals or stakes.

END_OF_DOCUMENT_TOKEN_TO_BE_REPLACED 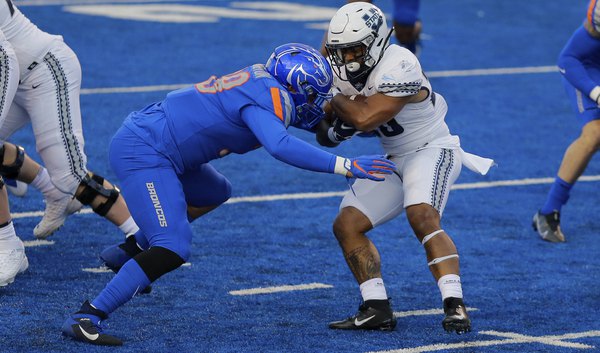 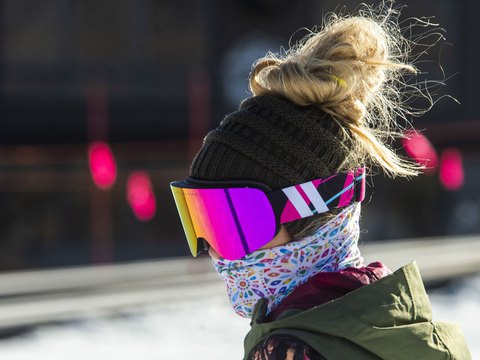 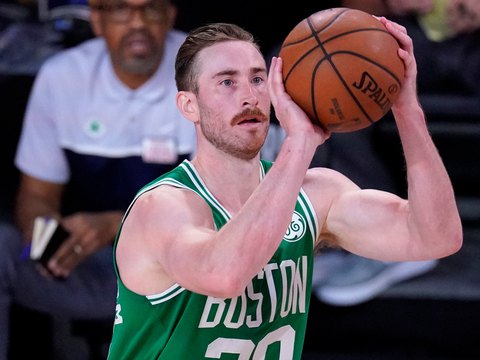 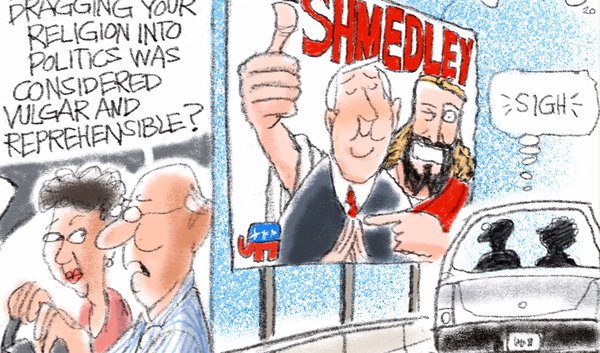 Bagley Cartoon: The Party of Public Piety
By Pat Bagley • 23m ago 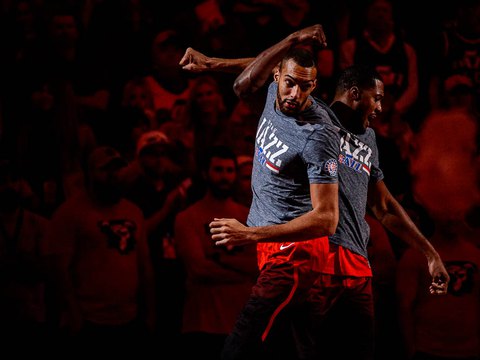 On eve of training camp, Utah Jazz are pleased with their moves but not yet ready to ‘dust off the trophy mantle’
By Eric Walden • 42m ago 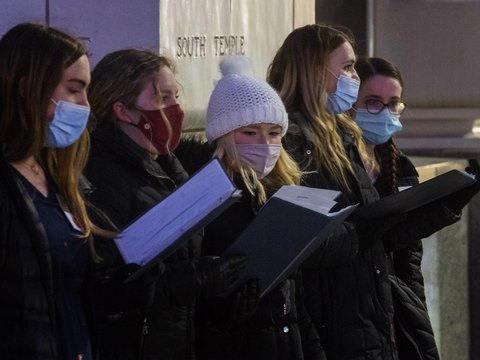 Utah coronavirus cases up 1,897 Monday, with a drop in testing
By Erin Alberty • 2h ago