RSL owner Dell Loy Hansen will sell the team, as well as the Utah Royals and Real Monarchs

Facing mounting pressure after allegedly making a series of racist remarks, Real Salt Lake owner Dell Loy Hansen will sell RSL and all of his other soccer properties.

The league in a statement said it will work with Hansen to support sale efforts and with the club’s executive staff to “support the operations of the team during the transition period.”

“I want to acknowledge Dell Loy Hansen’s significant efforts to build the sport of soccer in the state of Utah and for his commitment to Major League Soccer,” Garber said in a statement.

The sale would include the Real Salt Lake Academy High School, the Zions Bank Real Academy and Rio Tinto Stadium. It will also include the RSL Foundation.

Hansen has been under investigation by MLS and the National Women’s Soccer League for allegedly making racist comments that have surfaced in recent days. The organization announced Friday that Hansen would take a leave of absence.

In a statement released Sunday, Hansen apologized for “offending and being insensitive to the plight of others,” adding that he will commit to supporting and improving diversity and inclusion.

“After deep consideration and soul-searching, my wife, Julie, and I agree that the best way forward for the Real Salt Lake family is to assume new ownership and a refreshed vision,” Hansen said in a statement. “We are fully invested in supporting the transition to new ownership and will work diligently to try to ensure that the Club stays within our community.”

Hansen also sent a letter Sunday morning addressed to RSL players and coaches in which he apologized and sought “forgiveness for these failures.” He specifically mentioned defender Nedum Onuoha, who spoke out strongly against Hansen’s radio comments and told the BBC that he no longer wanted to be at the club.

“Nedum Onuoha is one of the finest men that I have ever met,” reads the letter, which was obtained by The Salt Lake Tribune. “To him, I offer my sincerest apology for not being an owner that he can believe in. He is right and please accept my acknowledgment of that failure.”

Can RSL owner Dell Loy Hansen be forced to sell his team? Yes. And Utah Jazz owners are just one potential buyer.

The NWSL said in a statement that the sale is “in the best interest of the club and the NWSL.”

“Mr. Hansen’s contributions to the league’s growth and the continued development of soccer are notable,” the NWSL said, “but we agree that the decision is the right one for the future of the Royals.”

The Athletic first reported allegations of Hansen’s racist behavior in a story that said he had used the N-word and talked about “lynching” a Black MLS player during his time as owner of the RSL organization. Another allegation later surfaced that described him referring to a Black woman as “colored” multiple times and mimicking her during a corporate event.

Hansen put himself in hot water Thursday after appearing on a radio show — on a station he owns — saying he was personally offended by RSL and LAFC players deciding not to play their game Wednesday in solidarity with other sports teams protesting the police shooting of Jacob Blake. He said the players showed “disrespect” by not playing. He also threatened to fire employees and he intimated that he would no longer invest money in building a good team.

Hansen tried to walk back his comments, but the damage was done. Utah Jazz guard Donovan Mitchell, U.S. Women’s National Team star Megan Rapinoe and other athletes all voiced that Hansen should sell the team. Demands for him to sell only got louder when the allegations of racist behavior became public.

Several parties have expressed interest in buying RSL, including the Larry H. Miller group, which owns the Utah Jazz and Salt Lake Bees. Others who have expressed interest publicly are Ryan Smith, the co-founder and CEO of Qualtrics; and Toronto FC player Jozy Altidore, who said on Twitter that he is involved in a group looking to buy the franchise.

On Sunday, Houston Texans football player J.J. Watt, who is married to Utah native and Chicago Red Stars player Kealia Watt, wrote on Twitter that he is interested in buying the team.

“I see a club with a great fan base, fantastic facilities in a beautiful setting and most importantly a women’s team that can continue to help grow and amplify not only soccer, but women’s sports as a whole in this country,” Watt wrote.

I see a club with a great fan base, fantastic facilities in a beautiful setting and most importantly a women’s team that can continue to help grow and amplify not only soccer, but women’s sports as a whole in this country. https://t.co/ZWpVWlaHvF

Hansen bought 49% of RSL in 2009, the same year the club won the MLS Cup. In 2013, he bought it outright from Dave Checketts. Nearly two years later, he started the Monarchs and in 2017 added the Royals — stocking it with players from a Kansas City franchise that had folded.

Under Hansen’s ownership, RSL went from one of the top teams in MLS to one that has mostly been mediocre. He took over the same season the club lost in the MLS Cup final on penalty kicks to Sporting Kansas City. RSL has not gotten close to the final since.

Hansen has a history of speaking out of turn and suffering consequences for doing so. In 2015, MLS fined him $150,000 for saying the addition of free agency was a “real waste-of-time conversation” during collective bargaining agreement negotiations at the time.


Last year, Hansen was caught on video saying he might fire Mike Petke while the former coach was on suspension from the club and scheduled to return soon. Petke was eventually fired and filed a lawsuit for the remainder of his contract, which he settled out of court.

Hansen owns the 20,000-seat Rio Tinto Stadium, which is located in Sandy, and both the RSL Academy high school and the training facility, which are located in Herriman. The $78 million training facility opened in 2018 and is considered one of the best in MLS.

Hansen has been lauded by Garber and other MLS owners for investing in those facilities, which were launched to help the small-market team compete against the league’s bigger clubs.

“We’re trying to do more than just be big,” Garber said while touring the RSL training facility when it opened. “We’re trying to be connected. So the high school, the concession areas, the weight room, the locker rooms are all indicative of where MLS wanted to be, and we’re getting there now.”


Aug. 27, 2020: Criticizes players for not playing game against LAFC on radio show he owns … The Athletic reports allegations of past racist behavior … MLS and NWSL launch investigations.

END_OF_DOCUMENT_TOKEN_TO_BE_REPLACED 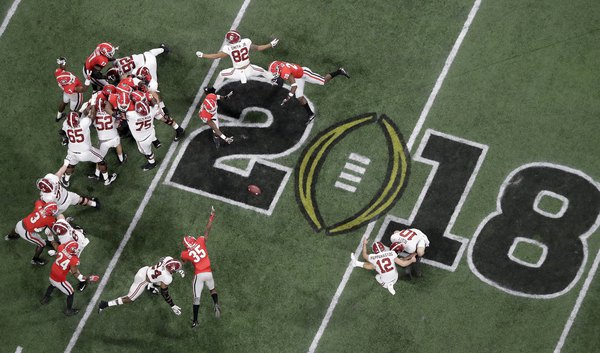 Utes getting ready to play, but will have to find a new locker room — crews demolished the old one
By Josh Newman • 1d ago
END_OF_DOCUMENT_TOKEN_TO_BE_REPLACED
L

Romney impressed by Supreme Court nominee Barrett in meeting, but doesn’t yet commit to vote for her
By Lee Davidson • 23m ago
Ogden police shooting is under investigation
By Scott D. Pierce • 44m ago