Dell Loy Hansen has done some good things, and a whole lot of dumb things as it pertains to the team he owns, a proud Utah club that has many proud players, managers and other employees. It used to have many more, before they started leaving the club, like sailors jumping a doomed ship. And now he’s threatening to fire additional staff.

When I asked one of them, a smart, gifted soccer pro, if he was going to keep working for the team when his contract was ending, he said: “I can’t continue to work for that a------.”

He couldn’t and he didn’t. He went on to great success with another franchise.

That may be true, but now DLH’s dumb things have descended into unacceptable things.

It’s time for Hansen to go.

He’s crossed a line that is uncrossable, according to a story published on Thursday at The Athletic, and he’s apparently been doing that for a long time.

RSL and its fans deserve better.

The well-sourced story in The Athletic followed comments made by Hansen during a radio interview on Thursday morning on a radio station he owns, indicating that he felt “disrespected” by his players’ decision the night before not to go ahead and play a game against LAFC at Rio Tinto Stadium due to concerns over racial injustices, following the lead of other pro sports teams making a similar call. He said it made him feel as though “someone stabbed you and then you’re trying to figure out a way to pull the knife out and move forward. That’s what it feels like. The disrespect is profound to me personally.”

He could not wedge it into his ego and mind that the decision not to play had nothing to do with him, it was about something much bigger, a difficult concept for the white billionaire owner.

Hansen added: “We’re all sitting here at an organization trying to build support and love around a team that supports the city. All I can say is they supported other issues nationally. They clearly did not support our city or organization. That’s fairly clear.”

OK, so there are a couple of notable things wrong with those remarks. First, when did racial inequality become solely a national issue and not a local one? Second, Hansen was angry about money lost from the shuttered game, turning a deaf ear to a subject of great concern to everyone, including his players.

He said the decision took “the wind out of his sails,” saying further he wouldn’t be inclined to put more money into the team.

Hansen later made an appearance on another radio show on another station he owns to clean up the mess he created, a mess that had spread across the league in short order, showing some remorse.

“Sometimes in my pain, I am very poetic,” he said, whatever the hell that means.

But the more brutal stuff came thereafter, in The Athletic article.

In that story, Hansen is accused of being a “f------ racist” by Williams, the well-known former RSL player and team scout, who is Black.

“I’ve been in situations where it’s like Donald Sterling,” Williams said. “He says something, and it’s like, ‘Oh, my God, what did he just say?’ It’s Donald Sterling, part two. It’s just unbelievable. It’s crazy how he doesn’t see that the stuff that he says affects people.”

Williams detailed situations where Hansen used and repeated the N-word, and jokingly talked about “lynching” an opposing Black player for scoring a game-winning goal against RSL, saying it directly in front of that player. Another former RSL player, Aaron Maund, who is Black, said when Hansen saw him on an elevator wearing a hoodie, and when Maund flipped it off, saying hello to the owner, Hansen said, “Oh my God, I thought you were a thug.”

He had heard Hansen use those kinds of “micro-aggressions,” he said, “a thousand times.”

Williams told The Athletic he thinks MLS should get rid of Hansen.

If the owner said what those in the story said he said, and some of the sorry encounters were corroborated by others who were present, he should be relieved of his ownership as soon as possible. The team announced on Friday that he will take a leave of absence during an investigation by MLS.

When legendary former RSL goalkeeper Nick Rimando heard of Hansen’s comments, and was asked about them by The Athletic, he emailed the following reaction:

“Appalled, disgusted but quite honestly not surprised. These players are taking a stand for what they believe is right. They have a platform to be able to speak and bring awareness for the world to see an issue that is far more pressing and important than any kind of revenue right now. The lack of compassion for the players and their experience feels a lot like the old saying, ‘Shut up and play.’

“… His actions and statements show that he is more concerned with dollars than creating an inclusive and supportive culture. Before talking about the community, he needs to understand that Black lives are a part of our community. The conversation shouldn’t be about 5,000 fans in attendance or threatening to fire more employees, it should be about reform, equality, fighting racism, ending police brutality and listening to people of color on how we can help in change.”

Maund added: “I know that if I was in that locker room, I would be having conversations about for sure not wanting to play for this guy ever again.”

More than a few players feel that way.

The MLS Players Association has called for an investigation and Hansen’s potential forced removal as RSL owner. It’s a move that is allowable, according to the league’s bylaws, as long as he is compensated with fair-market value.

The man’s not the devil incarnate.

He’s orchestrated and paid for some advancements for RSL, and helped grow soccer in Utah. But he’s also screwed the club up with his arrogance and inexperience in running a sports franchise, getting bad advice from lieutenants who did not know what they were doing, and bullied employees who’ve played a key role in building the team in a major way.

But if his cluelessness is wide enough to include what The Athletic report indicates he said and did, it’s time for Hansen to take his mindset and his billions elsewhere. And to educate himself, to learn a whole lot about racism and racial injustice, learn the proper way to treat his players, and rearrange his view of the world, inside and outside of sports.

END_OF_DOCUMENT_TOKEN_TO_BE_REPLACED 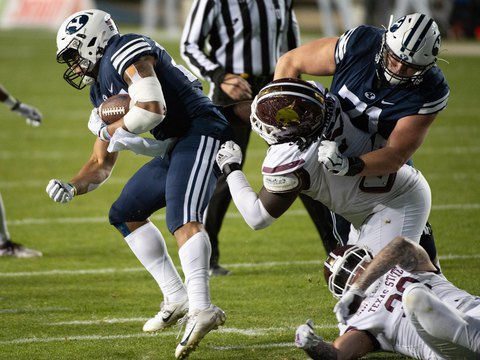 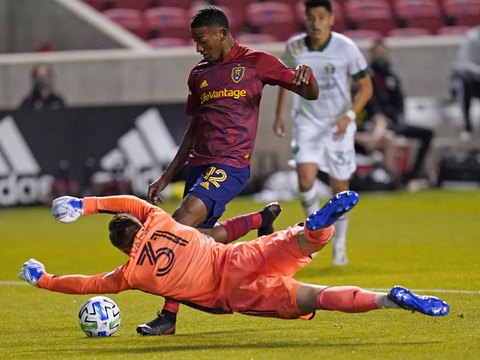 Senate confirms Barrett, delivering for Trump and reshaping the Supreme Court
By Nicholas Fandos | The New York Times • 40m ago