Niagara U. names court after Layden and his wife

College basketball • Former Jazz president starred at school as both a player and coach. coach

Niagara University will honor Frank and Barbara Layden on Saturday, when the school in Buffalo, N.Y., names its basketball court after the former Utah Jazz coach and his wife.

Layden, who also served as president and general manager of the Jazz during a 20-year career with the NBA franchise, calls the tribute overwhelming.

Layden and his family will be joined by scores of friends, former players and longtime colleagues when Niagara plays host to Canisius in the first game on the newly named court.

"It's going to be a great reunion," he said. "I've been getting calls from everywhere. I've been amazed by it."

Layden attended Niagara in the early 1950s and was its coach from 1968-76, when he guided the Purple Eagles to their first NCAA tournament bid.

"They have remained committed to the athletic department, the theater and the entire university. We are pleased to honor them for their dedication. ... Their name will stand forever as a testament to them and their outstanding legacy."

When Maher called to inform him of the school's plans, Layden was so surprised that "I called him back the next day to confirm it. ... I said, 'Is this a dream or what?' We had a good laugh over it."

In high school, Layden was a star athlete. Originally, he planned to attend Long Island University — closer to his home in nearby Brooklyn. But fate intervened when, in 1950-51, a point-shaving scandal rocked college basketball. Seven schools were involved, including City College of New York, NYU, Manhattan and LIU.

In the wake of the scandal, Long Island shut down its program. Layden turned to Niagara and legendary coach John "Taps" Gallagher.

"I visited and I liked it," he said. "It was a small school that was the right fit for me. It was a blessing. ... My coach was a wonderful man."

Layden played four years at Niagara and became part of the school's athletic history late in the 1952-53 season.

After a loss to St. John's in New York, the Purple Eagles bused to Albany to play Siena. They won, 88-81, but it took six overtimes. Only one college game in history — Bradley and Cincinnati in 1981 — has lasted longer.

"We were trying to get into the NIT," Layden said, calling the game his most memorable moment as a player. "... I scored eight points in the sixth overtime. That sewed up the game for us and sewed up a [tournament] bid."

Layden graduated from Niagara with a degree in economics. He returned as basketball coach in 1968. Two years later, the Purple Eagles went to the NCAA tournament. Future Hall of Famer Calvin Murphy was the team's leader.

END_OF_DOCUMENT_TOKEN_TO_BE_REPLACED 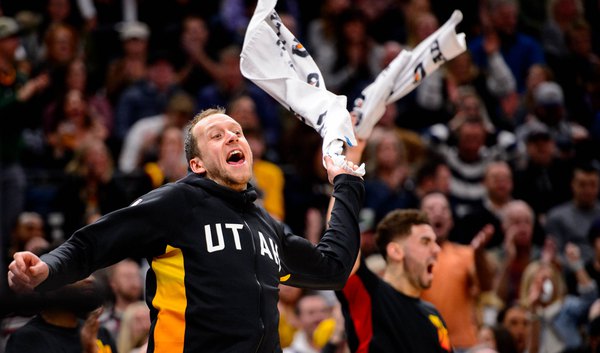