Provo • Before last Friday’s practice Chad Gwilliam, associate athletic director of compliance, asked Arizona transfer Alex Barcello how he would feel about playing this year. The junior guard said he’d do anything to be able to play.

And that was when Gwilliam broke the news that Barcello’s NCAA waiver was approved and he would be suiting up for the Cougars, effective immediately. The team immediately surrounded Barcello, congratulating him on the exciting news.

As the season inched closer, Barcello had gotten more worried that his waiver wouldn't be approved, but he tried not to let it affect the way he prepared for the season.

“You never know with the NCAA, but it was definitely a blessing in disguise,” Barcello said. “And I never stopped my work — I just kept the same work ethic. These guys, they’d ask me almost every day and I’d be like 'guys, I don’t know yet, but I’m going to keep working with you guys like I’m going to play this year. So, no matter what, it’s going to work out.”And it did work out. In fact, it was the latest good news for the Cougars after a grim offseason.


The Cougars will succeed: If they are able to figure out their starting lineup while Yoeli Childs serves his NCAA nine-game suspension. It will also serve as a way for the team to sort out their depth for the conference portion of their schedule once Childs is available again.


The Cougars won’t succeed: If they are unable to figure out their individual roles and how to best perform for the team. With a new head coach, players out to injuries and new transfers, BYU almost looks like a brand new team, but they don’t have to play like one. They still have plenty of senior leadership.


Bottom line: The Cougars are poised to continue to be a Top Three team in the West Coast Conference. Veterans Childs and Haws will continue to lead the BYU squad, but also look for a break-out performances from grad transfer Jake Toolson and sophomore forward Kolby Lee.

Now, BYU is just waiting to hear back on big-man Richard Harward, who followed first-year Mark Pope over from Utah Valley.

In the meantime, Pope said Barcello adds physicality — especially in the backcourt — to the team, which the Cougars were in need of.

“I would describe him as one of the fastest, quickest guards I’ve ever played with,” Lee said. “[He] just plays downhill and he can stop on a dime. Pull-up game is really nice… I love playing with him because he comes off ball screens downhill, quick and then he’ll find you when you’re open.”

Barcello's speed will fit in nicely on a BYU squad that's known for moving quickly down the court, but he's not the only speedster. Since recovering from minor knee surgery, senior TJ Haws has been “racing around the gym,” Pope said.

Haws is one of two returning starters the Cougars will rely on heavily this season. The guard averaged 17.8 points, 5.1 assists and 3.5 rebounds during his junior season. Forward Yoeli Childs averaged 21.2 points, 9.7 rebounds and 2.1 assists last season.

Childs must sit the first nine games of the season, after being suspended by the NCAA after a paperwork snafu when he returned to BYU after testing the pro waters prior to the NBA Draft. But that will get him back on the floor in plenty of time before the Cougars’ West Coast Conference opener.

Both Haws and Childs were named to the 2019-20 All-WCC preseason team.

The Cougars will hope to use their speed in a bid to rise above the third-place WCC rung they’ve been stuck on in recent years.

Pope’s predecessor, Dave Rose, brought immediate success when he took over the program in 2005, finishing his first season with a 20-9 record, a year after the Cougars had only won nine games all season. In his fifth and sixth seasons as head coach, BYU had consecutive 30-win seasons. The Cougars were consistent 20-game winners after that, but slowly but surely plateaued. BYU’s last NCAA Tournament appearance came in 2015.

Pope coached UVU to the school’s first back-to-back 20-win seasons, and last year’s 25 wins was a UVU record. With much of his Wolverines coaching staff in tow, he ran a tough preseason camp, staging a series two-a-day practices in a bid to raise the Cougars’ conditioning and toughness levels.

END_OF_DOCUMENT_TOKEN_TO_BE_REPLACED 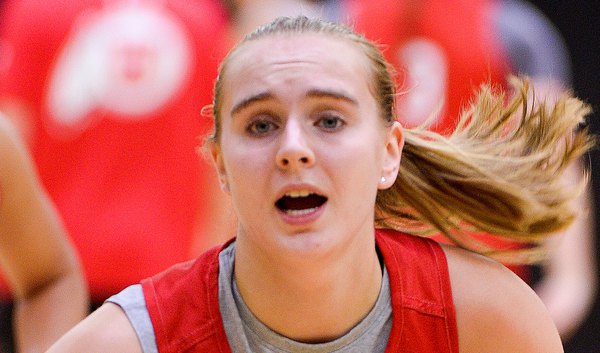 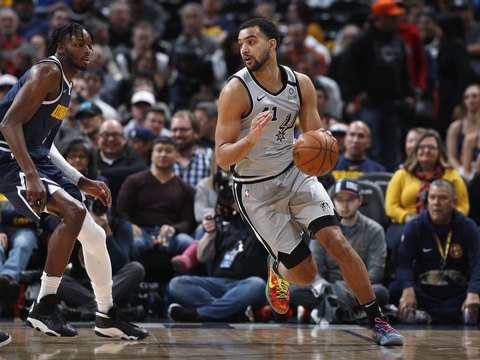 Former Jazzman Trey Lyles starting, but not shooting much for Spurs
By Andy Larsen • 23h ago 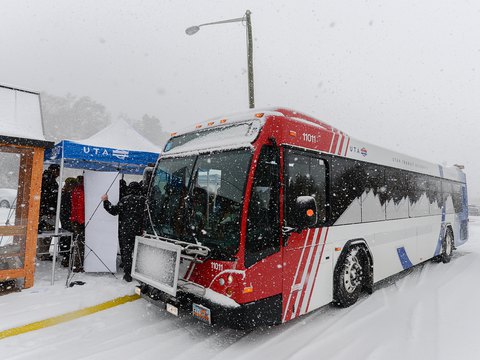