Provo • The season-ending injury suffered by tight end Moroni Laulu-Pututau early in BYU’s 35-7 loss to Washington last Saturday won’t just hurt the Cougars on the field. It will sting in the locker room, too.

“My heart hurts,” BYU quarterback Tanner Mangum said Monday as the Cougars (3-2) began preparations for Utah State (3-1). “He’s one of my best friends and someone I really care about. It is heartbreaking to see him go down and I can feel for him. Those injuries aren’t fun.”

Receiver Talon Shumway echoed Mangum’s sentiments, saying the 6-foot-4 junior is one of the most popular players on the team.

“Moroni, he’s my best friend,” Shumway said. “So, it is hard, especially when you know a little bit more what is going on in their head. … It is not just hard on him, it is hard on a lot of us.”

Laulu-Pututau — MLP to his coaches and teammates — announced on Twitter Sunday that an MRI revealed a torn anterior cruciate ligament and his season is over. He said he plans to return in 2019.

Coach Kalani Sitake said Laulu-Pututau really wanted to play against the Aggies because he is from the Cache Valley town of Hyrum. His production will also be missed, because he was the second-leading pass-catcher on the team with 14 receptions for 120 yards and a touchdown.

He missed all of last season with a Lisfranc foot injury.

“It is just so unfortunate,” Sitake said. “He has had some really tough battles with injury and I think we were starting to see him emerge as a receiver and a blocker as a tight end. It has been really good for us as a team. It is always hard when a guy goes down.”

Mangum said Laulu-Pututau didn’t get enough credit for his work as a blocker.

“He’s a good player,” the quarterback said. “We are going to miss him.”

Sitake said the void at tight end will be filled by sophomore Matt Bushman, freshman Dallin Holker and freshman Hank Tuipulotu, a returned missionary who was recently added to the roster.

“We have had guys banged up, and we should get some guys back this week. So that will help us out in this game,” Sitake said.

He was referring to starting safety Dayan Ghanwoloku and starting linebacker Zayne Anderson. Both suffered injuries against Wisconsin and both missed the last two games.

“Dayan should be able to practice this week. Zayne practiced last week, just wasn’t able to go when we got closer to the game. So he will be ready to go today,” Sitake said. “We will see what happens when we get to Friday, but I am hoping those two guys can play. That will help us out a lot. Those are two starters, you know?”

Another linebacker, Butch Pau’u, played with a heavily wrapped hand and wrist. Sione Takitaki left the Washington game early, but was healthy enough to go back in, linebackers coach Ed Lamb said Monday on his “Coordinators Corner” program.

Sitake said running back Matt Hadley was moved to linebacker and will “probably” play more defense than offense moving forward but could still be used on both sides of the ball because of his versatility.

BYU will need all the help it can get on defense because Utah State has one of the top offenses in the country. The Aggies are averaging 50.5 points per game, fourth in the country.

Sitake said he is “glad the game is a day earlier” because the Washington loss left a “bad taste” for the Cougars.

“They played their best game, and we played our worst, and you saw the result,” Sitake said. “It would have been nice to see how our best game compared to their best. But we missed that opportunity, and now we need to make sure our best game is on Friday against Utah State.”

He also downplayed the fact that Utah State will be coming off a bye week. Perhaps that’s because it didn’t help BYU last year. The Cougars were coming off a bye before the game in Logan, but were forced to play their third-string quarterback and committed seven turnovers in a 40-24 loss.

END_OF_DOCUMENT_TOKEN_TO_BE_REPLACED 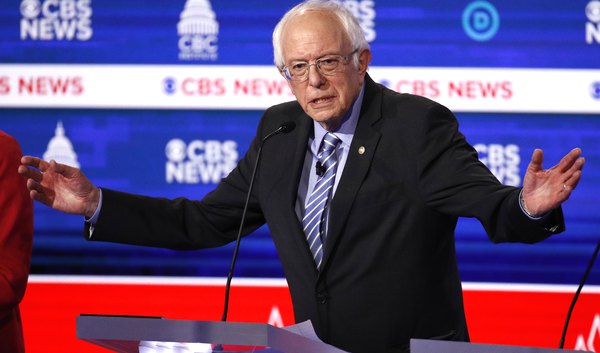 Dave Quealy: Be wary of Bernie’s Border Wall
By Dave Quealy | Special to The Tribune • 2m ago 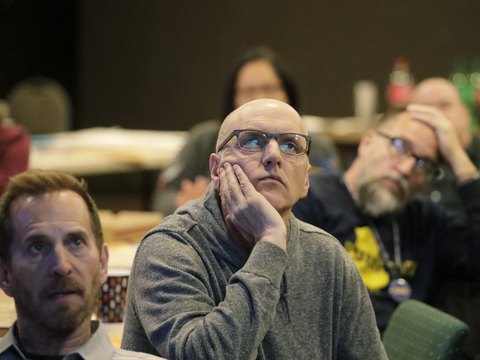