Apostle D. Todd Christofferson raised some eyebrows when, in his recent General Conference talk, he listed “out-of-wedlock births” among the “bitter fruits” of the sexual revolution.

How, critics wondered, could innocent babies be classified as “bitter fruits”?

Christofferson has clarified his remarks in a footnote to the online text of his speech.

“In giving this example, I am speaking of potential adverse consequences to children as ‘bitter fruit’ and not of the children themselves,” he writes. “Every child of God is precious, and every life has priceless value regardless of the circumstances of birth.”

• See Salt Lake Tribune summaries here and here of all the sermons from the two-day conference.

This week in Mormon Land: Conference recap; a quotation gender gap; and COVID-19 reaches the brethren

This week in Mormon Land: LDS voters in political tug of war, apostle on sticking with the church, Eliza Snow’s call to healing sisters

Mitt Romney may be the most famous Latter-day Saint politician, but Joe Biden nonetheless appeared to have difficulty summoning the Utah Republican’s name.

In answering a question about whether Supreme Court nominee Amy Coney Barrett’s Catholic beliefs should play a part in her confirmation hearings, the Democratic presidential candidate responded:

“You may remember, I got in trouble when we were running against the senator who was a Mormon, the governor, OK? And I took him on, and no one’s faith should be questioned.”

Romney, a former Massachusetts governor and now a persistent political thorn in President Donald Trump’s side, ran against President Barack Obama and his then-vice president, Biden, in 2012.

The next day, Romney gave a bipartisan scolding to members of both parties, lamenting that the election season has devolved into a “vile, vituperative, hate-filled morass” and urging all the players to “tone it down.”

“It is time to lower the heat,” the GOP senator wrote on Twitter. “... Leaders from the top and leaders of all stripes: parents, bosses, reporters, columnists, professors, union chiefs, everyone. The consequence of the crescendo of anger leads to a bad place. No sane person can want that.”

My thoughts on the current state of our politics: pic.twitter.com/oYY4zlX6ZP

In other political news, Latter-day Saints for Biden-Harris recently posted an online list of members endorsing the Democratic ticket.

Meanwhile, Donald Trump Jr., the president’s son, is scheduled to visit Mesa, Ariz., this week for a “Latter-day Saints for Trump” event, FOX 10 in Phoenix reports.

This week’s podcast: LDS role in the election

McKay Coppins wrote recently in The Atlantic that President Donald Trump publicly praises evangelicals, prosperity preachers and other religious conservatives, including Latter-day Saints, while privately mocking them and belittling their beliefs.

Coppins, a Brigham Young University alumnus, joined this week’s podcast to talk about the presidential candidates, the state of this year’s White House race, how the Biden and Trump campaigns are courting members, and whether Latter-day Saints — and the issues they care about most — could help determine the outcome in swing states.

Latter-day Saints the world over can breathe easier.

After apostle Gerrit W. Gong came down recently with COVID-19, worries arose that other top leaders, including 96-year-old church President Russell M. Nelson, may have been infected.

That’s not the case.

“Out of an abundance of caution, all members of the First Presidency and Quorum of the Twelve Apostles were tested, and all tests were negative,” church spokesman Eric Hawkins said in a news release. “Church leaders will continue to exercise caution and follow all health guidelines related to COVID-19, and encourage our members to do the same.”

This announcement marked the first time the Utah-based faith had stated publicly that Nelson, who was a renowned heart surgeon before devoting himself to full-time church service, and other top-ranking leaders had been tested — and cleared. Many of these authorities are in their 70s, 80s and even 90s, and would be deemed at high risk of complications if they contracted COVID-19.

The church also relayed good news about the 66-year-old Gong and his wife, Susan.

They are still experiencing “very mild symptoms” but are recovering at home, the release said. “They are grateful for the many prayers and expressions of concern and love.”

The world’s response to the coronavirus pandemic would have gone much better, apostle David A. Bednar argues, if governments would have recognized the “essential” role religion plays in society.

“As with secular activities, religious activities should be carefully limited when truly necessary to keep people safe,” Bednar said Wednesday in a digital meeting of the G-20 Interfaith Forum. “But that is not the end of the matter. How secular officials understand religion and religious people deeply influences how they treat religious institutions and believers in a time of crisis. The deeper and more respectful the understanding, the more legitimate and effective public policy responses can be.”

Bednar also pointed out that religious institutions can be a powerful and influential ally in the battle against COVID-19.

“Misinformation is a major obstacle in a health crisis,” he said. “Faith communities can debunk rumors, calm fears and facilitate accurate information.”

Sharon Eubank, first counselor in the general presidency of the women’s Relief Society and president of Latter-day Saint Charities, addressed the conference the past two years, according to a news release, and is scheduled to do so again Saturday.

Top church leaders applauded last week’s news that their longtime ally in the battle against global hunger — the United Nations' World Food Program — had been awarded the Nobel Peace Prize.

“The World Food Program works in some of the most remote, difficult and conflict-wracked circumstances in the world,” Sharon Eubank, president of Latter-day Saint Charities, said in a statement released Saturday. “To a person of faith like me, their efforts to meet the most basic human need of hunger is embodied in the words of Jesus Christ: ‘I was an hungered and ye gave me meat.’”

Latter-day Saint Charities, the church’s humanitarian arm, has partnered with the U.N. agency on more than 50 projects in 20 countries since 1996.

Just last month, the church donated $2 million to the World Food Program to help the international agency establish “food hubs” in a half-dozen or more countries to expedite the sending of lifesaving staples to those in need.

“Over the years, we have seen their work up close,” Gérald Caussé, the church’s presiding bishop, said in a separate statement. “Their leadership in combating hunger and food insecurity around the globe is not only inspiring but also truly impactful.”

Ballard, whose wife, Barbara, died in 2018, carries a high-profile pedigree. He is a descendant of Hyrum Smith, brother of church founder Joseph Smith, and the grandson of two early 20th-century apostles: Melvin J. Ballard and Hyrum M. Smith.

In his recent conference address, Ballard encouraged members to turn to God during this time of coronavirus concerns, political polarization, economic strife and social unrest.

“The best way to help the current world situation is for all people to rely more fully upon God and to turn their hearts to him through sincere prayer,” Ballard said. “Humbling ourselves and seeking heaven’s inspiration to endure or conquer what is before us will be our safest and surest way to move confidently forward through these troubling times.”

Donny Osmond found the perfect vestment to perform a wedding, Religion News Service reported. It was red and yellow and green and brown and scarlet and black and purple and white and pink and orange and blue.

Yes, the famous Latter-day Saint singer donned the colorful costume he wore as the title character in the Broadway hit “Joseph and the Amazing Technicolor Dreamcoat” when he pronounced friends Todd and Rachel Salmon husband and wife.

“Pastors would normally wear a robe,” Osmond wrote on Facebook. “This pastor will now wear a coat.”

News out of Africa

The church organized its first stake outside the U.S. since the start of the coronavirus pandemic, The Cumorah Foundation reported in its monthly newsletter.

Last month, the new Kumasi Ghana Suame Stake became the 26th stake in Ghana, which also has 10 districts and about 90,000 members.

Thirty-five years ago this week, infamous “Mormon bomber” Mark Hofmann planted explosives that killed two Utahns in a dastardly attempt to cover up his forgery schemes.

On Oct. 15, 1985, the bombs killed Steve Christensen and Kathleen Sheets, the wife of Christensen’s business partner.

Five years earlier almost to the day, on Oct. 13, 1980, Hofmann sold the church a phony copy of the “Anthon Transcript.”

Eventually, his peddling of fake documents — many tied to early church history — unraveled, and he was sentenced to life in prison. He is now 65 and still behind bars.

A 20-year-old Latter-day Saint missionary from Utah serving in Switzerland died Tuesday after a hiking accident.

Annabelle Nielsen, of Highland, was hiking with five other missionaries when she slipped and fell down a steep incline.

Nielsen was assigned to the Alpine German-Speaking Mission and had been serving since July 2019.

“We express our sincere condolences to her family and loved ones,” church spokesman Daniel Woodruff said in a news release. “We pray they will feel the peace and comfort of our loving Heavenly Father as they deal with this tragedy and honor her life.”

Woodruff said the church also is providing support to the missionaries who were with Nielsen at the time of the accident.

• More than a dozen trucks delivered 584,000 pounds of canned goods to 16 food agencies to help Oregon in the wake of devastating wildfires and the ongoing pandemic, according to a news release.

• Latter-day Saint Charities teamed up with Rahma Worldwide for Aid and Development to send supplies to nearly 2,000 families displaced by fatal flooding in Yemen.

• The church contributed personal protective equipment, electrocardiogram monitors and other medical supplies worth $60,000 in U.S. dollars to the Republic of Congo, a news release reported.

• Next week, 149 of the church’s temples will be providing marriage “sealings” under Phase 1 of a worldwide reopening plan. Of those, 121 temples also will be in Phase 2, offering “all temple ordinances for living individuals.” This week, southeastern Utah’s Monticello Temple became the last of all 15 operating temples in the Beehive State to enter Phase 2. No temples have begun Phase 3, which would make “all living and limited proxy ordinances” available by appointment.

The single-story, 20,000-square-foot Moses Lake Temple, along with previously built edifices in Seattle, Spokane and Richland, will help serve the state’s nearly 300,000 members.

“Uprooting racism and implicit biases from our hearts is a big part of the second greatest commandment to ‘love thy neighbor as thyself.’ We cannot love someone else with equal measure if there is even a drop of belief, unconscious or learned, that we are in some way superior. Doing the personal work of anti-racism is one of the most Christlike things we can do.”

Analysis: The Miller family was a fine steward of the Utah Jazz, but Ryan Smith will bring new oppor

END_OF_DOCUMENT_TOKEN_TO_BE_REPLACED 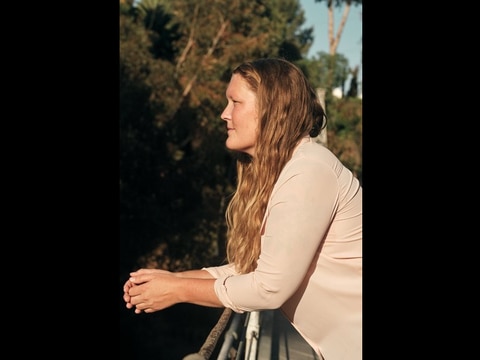