Vatican City • Vatican official Archbishop Vincenzo Paglia called for solidarity among and within nations to address the COVID-19 pandemic and voiced disappointment at the United States’ decision to withdraw from the World Health Organization.

“International and national health organizations, which admittedly have made some mistakes, should not be dismantled but strengthened,” Paglia, the head of the Vatican’s think tank on promoting human life, told Religion News Service on Thursday.

The coronavirus pandemic, he acknowledged, generated chaos in the scientific community by creating many and sometimes clashing studies but, he said, it has also led to “senseless politics.”

“Think of those politicians who denied the presence of the pandemic,” he said. “Think of the fact that the United States abandoned the World Health Organization.”

The U.S. government formally notified WHO of its withdrawal on July 8.

Several world leaders have appeared to downplay the danger of the pandemic. British Prime Minister Boris Johnson was criticized for not taking necessary measures to prevent the spread of the virus before contracting the disease himself. Jair Bolsonaro, the president of Brazil, was among the most outspoken COVID-19 deniers; he too fell ill with the virus.

From Nicaragua to Belarus to Tanzania, there are many examples of political representatives who seemed to fail to seriously address the pandemic.

President Donald Trump was also among the politicians accused of not taking serious measures to contain the virus. In the past, Trump has blamed the growing number of cases in the U.S. on an increase in testing, but in a news briefing Tuesday he changed direction and urged citizens to “wear a mask.”

According to Paglia, who lives in Rome, Italy was caught off guard by the pandemic and had to resort to “immediate measures.” But, he said, other countries had more warning and time to act to prevent the spread of COVID-19, yet failed to do so; they “did not believe the dramatic impact of this virus.”

“In the United States, as well as other countries, including Great Britain,” he said, “the decisions made were unfortunately superficial.”

The archbishop’s remarks come a day after the Pontifical Academy for Life, which he is president of, published a document titled “Humana Communitas in the Age of Pandemic: Untimely Meditations on Life’s Rebirth.”

“COVID-19 has brought desolation to the world,” the document reads, adding that it has led “to situations of isolation, despair, anger and abuse.”

The text follows and builds on another document focused on the pandemic and universal fraternity. It highlighted the “fragility” that was exposed by the virus as well as the “interconnectedness” of our globalized societies, which demands a globalized response.

The latest Vatican document also criticizes the “cynical game of reciprocal blame” that some countries engaged in during the pandemic and condemned the “ineptitude of their political leadership, to articulate ethical protocols, forge normative systems, re-imagining lives on ideals of solidarity and reciprocal solicitude.”

Pope Francis said “we are all in the same boat” when he addressed the pandemic in March. According to Paglia, “we are also in the same storm.” This requires a “moral conversion,” he said, to avoid the individualism and self-centeredness that allowed the spread of the coronavirus.

The countries with the most advanced health care systems in the world — the U.S., England, Spain — were among the hardest hit by the virus, Paglia noted. This underscores the importance of separating profit from health concerns, he said, and the need to shift to a system that puts the premium on the most vulnerable.

“We became subservient to our presumed omnipotence and our supposedly unbeatable technical prowess,” he said.

The need for solidarity, he said, is also essential when addressing the debate on wearing masks, which has been highly politicized, especially in the United States.

“These small battles, these seemingly important skirmishes, risk losing the war,” Paglia said. “We are either all saved, or no one is.

“Wearing the mask is about helping others. ... There is also an aspect of it being a visible solidarity. It certainly shows a taking care of one another,” he added.

The archbishop said the Academy for Life is working on a third document on the pandemic and its aftermath, which will focus on the elderly population hit the hardest by the virus. The upcoming document will highlight the issues within retirement homes that Paglia said “turned out to be tombs” for the elderly.

“The real problem,” he said, “is that society as a whole has no idea of how to address these new 20 years of life that have been gifted to us by science, medicine and progress.”

END_OF_DOCUMENT_TOKEN_TO_BE_REPLACED 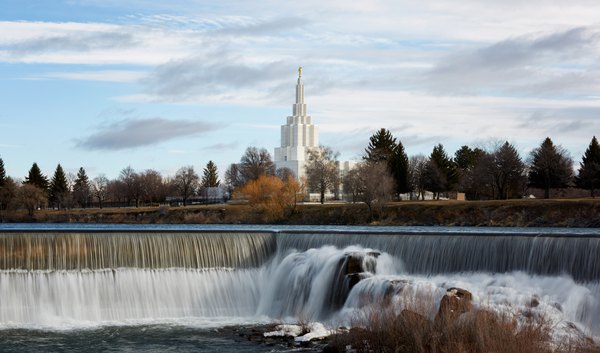 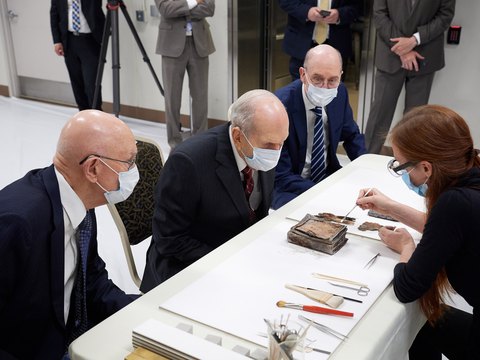