Tabernacle Choir’s radio show will go on — but as repeats

The famed Tabernacle Choir at Temple Square and Orchestra will continue its weekly airing of “Music and the Spoken Word” — the longest continuously running network broadcast in radio history — but the performances will be reruns and without an audience.

Beginning Sunday, the long-standing weekly show featuring the 360-member choir of The Church of Jesus Christ of Latter-day Saint will broadcast previously recorded programs and will not be open to the public, according to a news release.

Airing repeat performances has been standard when the choir and orchestra are on tour. This time, the live shows are another victim of the coronavirus pandemic.

On top of that, the Spring Chorale and Orchestra Concert, slated for March 20-21 by the Orchestra at Temple Square and Temple Square Chorale has been canceled and will not be rescheduled.

The choir and orchestra concert of Handel’s “Messiah,” scheduled for April 10 and 11 has been canceled as well. Instead, the 2018 “Messiah” concert by those groups will be livestreamed on the internet and broadcast over the church’s satellite system.

The church expects that the choir and orchestra’s biennial “Messiah” tradition, the release said, “will resume at Eastertime in 2021.”

For now, Thursday choir rehearsals and Wednesday Bells rehearsals at the Tabernacle in downtown Salt Lake City will be closed to the public. And the church has suspended daily organ recitals in the Tabernacle “until further notice.”

END_OF_DOCUMENT_TOKEN_TO_BE_REPLACED 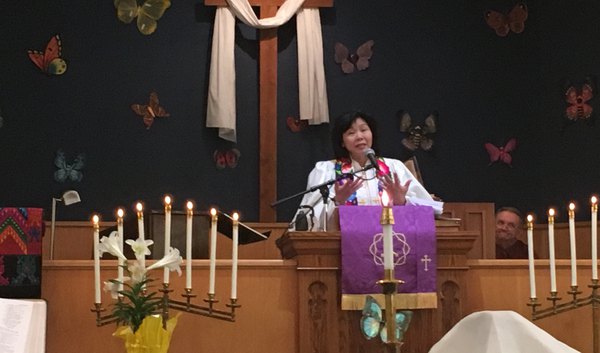 ‘Next year, we will be free’ — Salt Lake City couple celebrate an intimate, yet expansive, Passover Seder
By Peggy Fletcher Stack • 38m ago