At 94, Russell Nelson emerging as a ‘transformative’ Latter-day Saint leader

At 94, Russell M. Nelson, president of The Church of Jesus Christ of Latter-day Saints, has proved a far more vigorous and transformative figure than scholars expected when he took office a year ago, pushing through a flurry of surprising changes on such matters as gay members and the name of the faith.

Nelson made his biggest public move yet Thursday when the church rescinded rules banning baptisms for children of gay parents and branding same-sex couples apostates subject to excommunication. Those 2015 policies had generated widespread backlash.

He has also launched a campaign calling on people to stop using the shorthand names “Mormon” and “LDS,” shortened Sunday worship by an hour, and revised sacred temple ceremonies to give women a more prominent role and include more gender-inclusive language.

His vigor has surprised many scholars and church members who thought he would be more of a caretaker after becoming the second-oldest man to assume leadership of the faith, said Matthew Bowman, an associate professor of history at Henderson State University in Arkadelphia, Ark.

“He has been a more transformative president than anybody expected he would be,” Bowman said. “He has an expansive agenda.”

As members gather Saturday for a twice-yearly General Conference in Salt Lake City, they are bracing for more changes by the former heart surgeon who leads the Utah-based faith with 16 million adherents worldwide.

“Nelson has made it appointment viewing for people,” said Brandt Malone, a Latter-day Saint from Detroit who hosts the Mormon News Report podcast.

Nelson’s visibility and vibrancy set him apart from his predecessor, Thomas S. Monson, who kept a low profile and was in failing health for part of his presidency. Church presidents serve for life, and Monson died in January 2018 after leading the faith for nearly a decade.

Since ascending to the post, Nelson has given speeches to tens of thousands at stadiums in Seattle and Phoenix and visited 15 countries. He met with Pope Francis at the Vatican in March in the first-ever face-to-face private audience between a Catholic pope and a Latter-day Saint prophet.

Nelson’s energy and swift changes serve to distract members and outsiders from criticism about stagnated membership growth, crises of faith and the secondary role of women in the religion, said Patrick Mason, a religion professor at Claremont Graduate University in California.

“The best way to deal with your problems,” Mason said, “is to have a really positive, proactive agenda.”

Nelson’s tenure has been marked by “an unusual degree of change in an otherwise very cautious institution,” said Kathleen Flake, a professor of Mormon studies at the University of Virginia.

“He has both the confidence and the temperament to act decisively. As a surgeon, I think he’s used to taking charge,” Flake said. “But I think he’s been very clear that he would not have done any of this if he didn’t feel catalyzed by his spiritual authority.”

Nelson has also been uncommonly open about the church’s belief that presidents are living prophets who receive revelations from God. That, too, has set him apart from most of his predecessors, scholars say.

The church said Nelson and other leaders engaged in “fervent, united prayer to understand the will of the Lord” before reversing the LGBTQ policies. But it said the church still opposes gay marriage and considers same-sex relationships a “serious transgression.”

Of course, it was Nelson himself who — as the apostle next in line for the presidency — declared in January 2016 that the now-abandoned LGBTQ rules had come as a revelation from God.

In explaining the abrupt about-face, Nelson said this week in a news release that the Lord leads the church “revelation upon revelation.”

As for his decision to urge people to stop using nicknames for the faith, Nelson said that the Lord impressed upon him the importance of the full name and that leaving it out was “a major victory for Satan.”

The church then changed the name of the world-renowned Mormon Tabernacle Choir to The Tabernacle Choir at Temple Square and renamed church websites, social media accounts and employee email addresses to strip out “Mormon” and “LDS.”

In a recent video interview for the faith’s weekly Church News, Nelson’s wife, Wendy Watson Nelson, shed some light on how she said God inspires her husband, often at night.

“My husband will say during the night, ‘OK, Dear, it’s happening,’” she said. “I just remain quiet and then soon he’s sitting up at the side of the bed writing, now with a lighted pen that someone gave him.”

Wendy Nelson explained that moonlit messages coming to her husband since he became the church’s 17th president have “increased exponentially.”

Mason said Nelson’s embrace of revelation has energized many church members who consider the president to be a modern-day Moses or Peter.

To others, it raises eyebrows and can be seen as awkward, especially when cited in connection with something such as the church name, which seems minor to some people, Bowman said.

Malone, the church member, said that it is nice to hear a president confirm he is receiving revelation but that it limits the amount of healthy scrutiny of changes.

“It carries a lot more weight for Mormons,” Malone said. “It’s a conversation-ender for some people.”

The Salt Lake Tribune contributed to this report.

END_OF_DOCUMENT_TOKEN_TO_BE_REPLACED 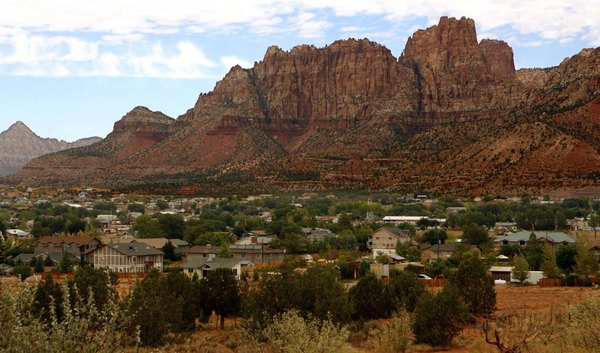 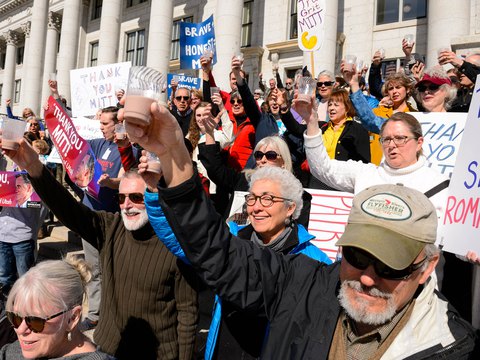 Does God want Christians to be a ‘good guy with a gun’?
By Jack Jenkins | Religion News Service • 2d ago
END_OF_DOCUMENT_TOKEN_TO_BE_REPLACED
L 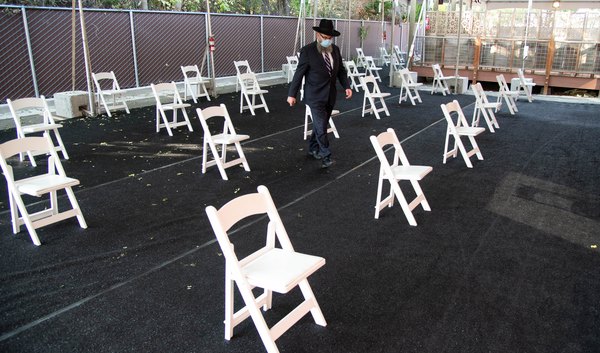