This year, though, the meeting is taking a turn toward the starkly political: medical marijuana.

The Church of Jesus Christ of Latter-day Saints already has declared its opposition to Utah’s Proposition 2, which would legalize medical cannabis, arguing it lacks the necessary safeguards.

The Salt Lake City-based faith emphasized that it “supports medicinal use of marijuana” — as long as “proper controls” are in place — and has proposed a special legislative session to adopt an acceptable bill by year’s end.

Latter-day Saint officials chose the blogger topic, according to an invitation to the Sept. 29 gathering at the Relief Society Building in downtown Salt Lake City, because of “misconceptions about the church’s position. … Things are being posted and reported that simply aren’t true.”

If there are misconceptions about the church’s stance, said Prop 2 backer DJ Schanz of the Utah Patients Coalition, “it’s because the church’s perspective has been a moving target.”

At various times, Latter-day Saint officials have argued against the initiative, saying more studies were needed or that it would violate federal law, Schanz said. Then the church said it supported medical marijuana but only if it could be prescribed by doctors and distributed through pharmacies.

“I wonder,” Schanz said, “if they would give us a chance to state our point of view [to the bloggers].”

On Thursday, Marty Stephens, the church’s director of community and government relations and a former Utah House speaker, defended the women’s meeting approach.

“This is a general social issue,” Stephens said. “We thought we would use this to talk about what’s in the initiative and why the church has taken its position.”

At the session, Stephens will present the church’s reasoning, while Lisa Harkness, first counselor in the Primary general presidency, will discuss why some families need marijuana for pain, and Enedina Stanger, who participated on “American Ninja Warrior,” will describe her own use of the substance for her medical condition.

The gathering will not be “a rally,” Stephens said. “We are not expecting the women to all promote the church’s position. That would be unrealistic.”

They have minds of their own, he added, but at least they will “be informed.”

Several invitees, however, noted a distinct difference from past meetings of this group.

“The topic of medical marijuana is certainly more pointed and political than the events of the past,” said Neylan McBaine, founder of The Mormon Women Project. “But I appreciate the public affairs team’s desire and willingness to use this cultivated group of women to get out a message.”

Taking a cue from the tone of the invitation, she said, “I do hope that it is purely informational and that the women will be left to their own discretion regarding what to do with the information.”

Mormon history, though, offers some caution.

“We praise women of the early church for being leaders in the suffrage movement specifically, but this meant that they also literally renamed their Relief Societies as suffrage organizations and used the buildings and resources for political activism,” McBaine said. “We are happy now that they did this, while at the same time we would probably be uncomfortable with that same kind of blurring of lines in today’s world.”

Latter-day Saint women “are powerful communicators and mobilizers for causes that we feel have moral implications,” she said, “but today the choice to participate in those movements is — hopefully and ideally — left up to the agency of the diverse women who now comprise church membership.”

Historian Ardis Parshall, who has attended these blogger meetings a few times, also worries about the event becoming too political.

Previous speakers have emphasized that women can make a great deal of difference in the world, with the "difference" always being a generic "good," said Parshall, who runs a Mormon history blog, Keepapitchinin.org. “There has never been any attempt to solicit blog posts on any particular subject, just encouragement to ‘be an influence for good in the world.’"

Though Parshall opposes Prop 2, it is not because of the church’s directive or talking points, and she resents the idea that some folks might presume she is following blindly.

“If I do decide to blog about marijuana again (my 2009 post on the history of marijuana and Mormonism is still my most-read post every month), it will be because I have something to say, not because I’ve been told to say it.” the historian wrote in an email. “After word of this gathering gets around, will my readers trust that I’m not merely parroting what I was told to say?”

Allison Czarnecki, a Latter-day Saint who runs the style blog Petit Elefant, is curious about the upcoming meeting.

“On the one hand, I’m grateful they’re pulling people together to have this conversation,” Czarnecki wrote. “On the other, I’m irritated they’re doing it now because it feels like too little, too late. The email [urging members to vote against Prop 2] already went out. The church has already made its decision, so I’m wondering if this is just damage control?”

The blogger is “not thrilled” to see her faith get involved in the marijuana issue in the Beehive State and not in other places where members live.

“Why are they specifically reaching out to members and basically telling them how to vote in November?” Czarnecki asked. “It feels very Prop 8 to me [the California initiative the church backed to block gay marriage], and it feels like there’s maybe backpedaling already, with the new push to vote early.”

What about other issues?

Tamu Smith, co-author with Zandra Vranes of “Diary of Two Mad Black Mormons,” also has attended several of the past gatherings and thought this year’s event sounded “weird.”

The Provo mother and writer said she’s a “little indifferent” to the issue of medical marijuana but doesn’t see why more information from the church is necessary.

Smith is uncomfortable with her church getting involved in politics, but, since it is, she wonders what has moved the pot issue past other topics affecting Latter-day Saints.

She clicks them off: Black Lives Matter. A border wall. Political divisiveness. And something affecting every woman: gender equality and the pay gap.

“It just seems like we are picking and choosing the [political questions we are addressing],” Smith said. “It feels like we are being used.”

END_OF_DOCUMENT_TOKEN_TO_BE_REPLACED 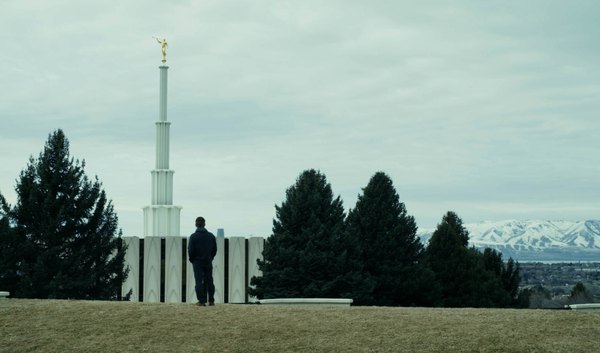