Sen. Mitt Romney has proposed legislation that would create a special committee of senators who would meet behind closed doors where they can agree to cut earned benefits without interference from the people who rely on those benefits to survive and retire with dignity.

Romney likes to pose as a member of the Republican resistance to Donald Trump, but he doesn’t lift a finger to rein in Trump’s abuses or protect terrorized communities.

He is fully on board with Trump’s agenda of Wall Street profit and Main Street pain. Romney — who leveraged his dad’s famous name into a career in predatory private equity and a multimillion dollar fortune — supports Trump’s tax handouts for the rich, his ignore-the-rules free pass for Wall Street speculators and his loathing for Social Security.

Romney and Trump know that cutting earned benefits is incredibly unpopular, which is why they resort to sneak attacks. Trump did it by sabotaging the Social Security Administration itself — leading to office closures, massive loss of staff and long waits for disability benefits. Romney introduced legislation to quiet the voices of actual working people and give elite senators like himself the power to come together in a special, private committee to come up with a plan to cut Social Security.

Romney needs to be held accountable by the people (Utahns) he supposedly represents. He should not be a senator just for rich people.

END_OF_DOCUMENT_TOKEN_TO_BE_REPLACED 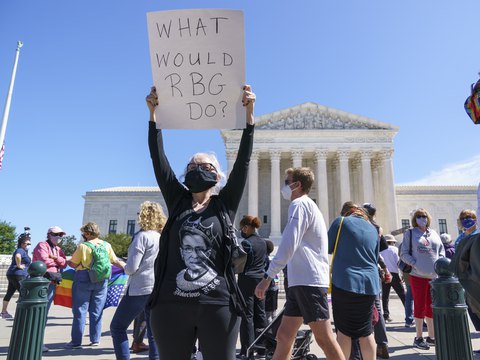 Ross Douthat: How the GOP might get to yes on a replacement for Ginsburg
By Ross Douthat | The New York Times • 50m ago