I still have my original Latter-day Saint Missionary Handbook, the small (4.5 inches by 3.5 inches) white, plastic-covered one I carried around for two sweaty, rainy years in South America starting in 1973.

When I opened it this morning, a dried bug and tiny bits of vegetation fell out. Obviously it’s been a while. The handbook is wrinkled, tattered, and, in some places, annotated with handwritten notes best left lost to posterity.

The 40-page booklet constituted guidelines to be followed by missionaries. In some more draconian districts, several pages were required to be read aloud to the assembled district every morning before breakfast.

The occasion of this particular revisit is the announcement that The Church of Jesus Christ of Latter-day Saints soon will issue a new “white bible” to its missionaries.

No doubt the Missionary Handbook has been updated previously, although, with churches, you never can tell. The procedures in my white bible sound like they were set down personally by Brigham Young. Here are a few:

You mean like which God they should believe in? How much more personal can you get than giving someone advice on how not to got to hell?

“Write your parents every week.”

I kept this guideline, even though it wasn’t always reciprocated. There were weeks when the only letter I received was from the Old Man in Thailand and Vietnam.

“Long experience has shown that it is not wise to telephone home or to talk by telephone to friends.”

Shut up. This might be a workable guideline today (although the church relaxed that rule earlier this year) but back then, we sometimes went for weeks without even seeing a telephone. And when we did, it took at least 30 minutes for a horrendously expensive call to be put through to the United States.

Kirby: What are you afraid of?

Kirby: Home is where the fun is. Celebration shows Herriman is all grown up.

Kirby: Church counsel can be helpful or hurtful. Either way, it shouldn’t be the decider.

Kirby: It doesn’t take much schooling to know that teachers deserve more money

Kirby: Gay people worthy of death? Another reason not to believe everything you read in the Bible or hear from the pulpit

“Do not borrow anything from anyone or loan money, even to your companion.”

I crossed this one out within the first month. While avoiding indebtedness makes sense on a strictly superficial level, ATMs and electronic banking hadn’t been invented yet. Also, we were burglarized on a fairly regular basis. Being able to eat the rest of the week sometimes required a bit of guideline stretching.

“The viewing of television programs should be restricted to such things as conference broadcasts.”

If the people we were visiting had a TV — or even electricity — it’s rare that anything was worth watching. Although, there were times (and companions) when the buffoonery of “Titanes en El Ring” (a wrestling program from Buenos Aires) was the only occasion I had to smile.

“It is against mission policy to engage in water sports.”

Fine, but nobody told the members of the San Jose de Carrasco branch, who automatically “rebaptized” all new elders to their area by throwing them into the ocean.

We were counseled to avoid contact sports, making fun of local customs, and having pets. That last one I completely ignored. The final five months of my mission were spent with a dog named Lurch, one the best/smartest companions ever.

“Correspondence with anyone of the opposite sex living within the mission boundaries is against mission policy.”

This guideline I faithfully kept. Never even came close to breaking it. Fat lot of good it did me, though, because I became sexually involved with a female missionary from the same mission anyway.

We managed to dodge severe church discipline, because we were home six months and married by the time any of that happened.

The rest of my battered white bible contains assorted reverse logic comments, the occasional blasphemous thought, a Scotch-taped tick I got out of Lurch’s ear, pictures of my parents, blurrily underlined passages, and my blood type.

Hopefully, the new “white bible” will be easier to follow. We are, after all, talking about kids.

END_OF_DOCUMENT_TOKEN_TO_BE_REPLACED 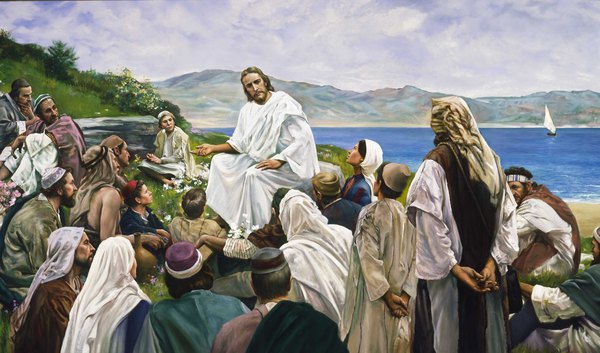 Robert Kirby: When it comes to art of Jesus, remember that holiness is more than skin deep
By Robert Kirby • May 17

Robert Kirby: Road rage in a season of unreason
By Robert Kirby • May 15

Robert Kirby: It could be worse. We could be stuck watching nonstop Election ’20 coverage.
By Robert Kirby • May 12
END_OF_DOCUMENT_TOKEN_TO_BE_REPLACED
L

Major League teams have begun releasing minor league players. How have the Bees, Raptors and Owlz been affected?
By Julie Jag • 20m ago

Some Utah LDS wards are resuming restricted Sunday services, but how they’re doing it varies
By Peggy Fletcher Stack • 25m ago