The COVID-19 pandemic and our government’s response, at all levels, has been a red lesson in civics. Almost 100,000 Americans dead amid staggering job losses not seen since the Great Depression — a fanged black swan that only some of the wisest among us foresaw (Bill Gates, notably). Few elected leaders prepared policy options and prioritized worst-case-scenario stockpiles when it would have made a difference.

We are fortunate some local leaders have worked hard to meet the challenge. Mayor Erin Mendenhall in Salt Lake City and Mayor Jenny Wilson in Salt Lake County have been effective in countering the virus by taking early and strong steps. Utah epidemiologist, Dr. Angela Dunn, has been clear and convincing in her public presentations — the definition of apolitical professionalism and deep-state expertise. This trio’s track record makes us think that it is about time our Beehive State and country, for that matter, were entirely run by women with grit.

Others, like our outgoing governor (a former county commissioner), have been spending a lot of time trying to explain tens of millions of taxpayer dollars going to sole-source contracts for snazzy-sounding virus testing apps and over-hyped and over-priced hydroxychloroquine. These rushed decisions were based on flimsy science and followed by “we didn’t know” excuses.

At a national level, this pandemic has highlighted how brittle the U.S. health care system is — millions have lost their jobs since March. And millions have now lost their employer-based health insurance. Utahns who might have opposed Obamacare because of its affiliation with the Democratic Party, now see the merits of how the legislation expanded coverage even as certain states, including Utah, sue to weaken its protections further.

Our not-yet-over pandemic has shown the social safety net in the U.S. to be two-threads thick, unlike in other countries — yes, think Europe — where governments have been proactive in ensuring worker protections and health care access. Germany is probably the standout example – COVID data there shows how much better Germans have fared compared to other countries, particularly ours.

This year is an election year. Nov. 3, Election Day, is not far away. We must hold our leaders accountable. COVID-19 has highlighted the urgency. The next pandemic, or a spinoff of this one, later this fall and winter could be worse. The 1918 flu is a stark reminder, and that was a time of trains, not jet airplanes.

All of Utah’s congressional representatives (Republicans John Curtis, Rob Bishop and Chris Stewart and Democrat Ben McAdams) recently voted against another round of Democratic majority-passed legislation intended to help those most affected by the virus. The first round provided $1,200 payments to many Americans, but also resulted in loan disbursements that mostly went to the banking industry’s best connected and high-margin clients. Left-out small businesses have battled to stay afloat.

There are many local examples of Utahns caught in this predicament. During a recent trip to tourism-dependent Torrey, Utah, Ty Markham, the owner of a local B&B, conveyed her story. As an employer who hires 1099 employees (as most workers in the seasonal job market are classified), she said there is no assistance category for her. When calls were made from her remote town (pop. 240) to Chris Stewart’s offices, all three (D.C., Salt Lake City, and St. George), the only response was an automated one … “please leave a message.” No one was there to answer Markham’s questions, let alone promise any action.

Given the dysfunction in Congress, neighbors are doing more for each other.

But will our solidarity last? Do we have the discipline to make it last?

Looking out for each other in a time of national crisis is both self-serving and smart. The enduring test of shared connection and sacrifice will follow in the coming weeks and months. Wearing face masks should not be politicized. Masked folks across the country are a symbol of caring for the most vulnerable among us – those who do not commute to and from work via Zoom. If anything, this virus has reinforced how there is no wall that can be built high enough to protect against a novel corona-virus never before battled by the white blood cells of all human beings on the planet, which Carl Sagan famously called our “pale blue dot.”

Edgar Allen Poe’s short story, The Masque of the Red Death, is worth recalling in our era of quarantines. In it, the brooding author reminds us that neither wealth nor locked gates can prevent death. Concern for the well-being of others, all those outside any gate or wall, is the best pandemic – and life – strategy of all.

John Zaccheo, a 93-year old Rotarian, is a former pizza and Italian restaurant owner and business executive, who has called Utah home for almost five decades.

END_OF_DOCUMENT_TOKEN_TO_BE_REPLACED 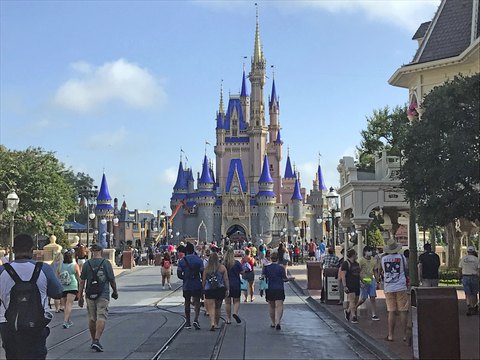 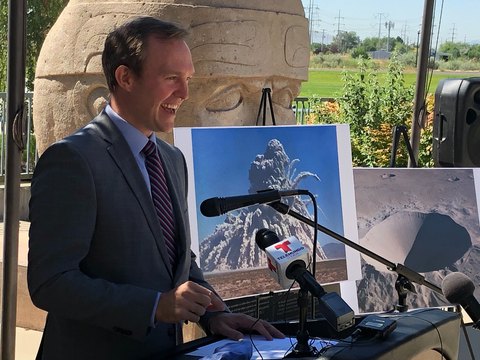 Letter: New nuclear testing would be a mistake
By John M. Janson | The Public Forum • 2h ago
END_OF_DOCUMENT_TOKEN_TO_BE_REPLACED
L