In the next few weeks, Salt Lake City citizens will be voting for mayor of Salt Lake City. I think that the two most qualified candidates won the primary.

As a regular viewer of Salt Lake City Council meetings and also of legislative hearings, I have these observations of the two candidates for mayor.

I have been disappointed in the last year with the Salt Lake City Council voting for many tax increases and a 40% council salary increase while Erin Mendenhall was chair of the council. With sales tax, water and sewer fees increasing, some property owners are having to pay hundreds of dollars more a year to live in Salt Lake City before considering the rising cost of housing. The streets bond comes five years after the council, with Mendenhall agreeing, repurposed an annual $8.4 million tax increase for streets.

Mendenhall also has expressed interest in hundreds of millions of dollars worth of new projects, including a master transit plan with rail lines that could burden local taxpayers for $1 billion worth of borrowing (including three bus rapid transit lines). And her support for closing golf courses and a $100 million parks bond is also of a cost concern. A vision from a mayor is expected but most taxpayers don’t want to pay $1 billion for that vision. Residents who want to stay in the city can’t afford it.

Mendenhall also has made bicycle infrastructure a priority, but, in some cases, that will negatively impact drivers. She promoted spending a million on making alleyways on the east bench a trail. And, most recently, she has resisted the police chief’s suggestion to use Salt Lake City Police officers in uniform to patrol parks. She and many of her fellow councilmembers were concerned that cop uniforms would be intimidating to “a certain demographic” trying to enjoy parks.

The two biggest concerns about Mendenhall involve the council’s secret meetings to place homeless shelters in residential areas and her attempt to stop Mayor Jackie Biskupski’s lawsuit against the state’s inland port property taking. But, as I said before, Mendenhall has enough knowledge to hit the ground running if she wins the Salt Lake City mayor’s race.

State Sen. Luz Escamilla has been a very successful legislator. In many cases, she has been more productive than Republican legislators. She appears to be able to find common ground with many Republicans who co-sponsor her bills. You can find her bills by going to le.utah.gov and clicking on bills, by session, then pressing sponsor and look for Escamilla.

If Escamilla is as successful as mayor as she has been as a legislator, there will be no limit to what Mayor Escamilla and Salt Lake City can accomplish and be successful in increasing air quality, law enforcement, affordable housing and education.

George Chapman is a former candidate for mayor of Salt Lake City and writes a blog at georgechapman.net

END_OF_DOCUMENT_TOKEN_TO_BE_REPLACED 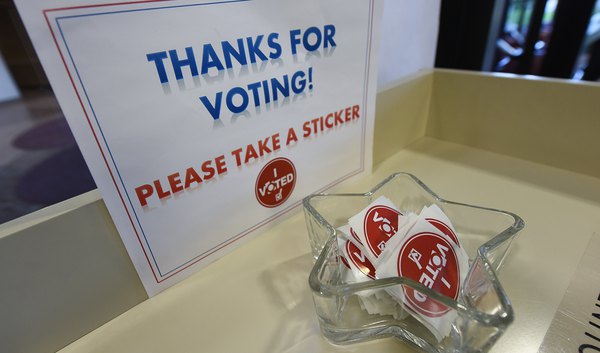