Government takes advantage of modern technology for surveillance and law enforcement, while privacy protections for you and I lag behind

In the digital era, our private lives are often stored within our mobile devices. In a surveillance state, law enforcement can access these devices like an open book.

While technology continues to change how people behave and interact, government policies often remain stagnant. And while laws and regulations usually don’t keep up, law enforcement agencies do a decent job — meaning that the government takes advantage of modern technology for surveillance and law enforcement, while privacy protections for you and I lag behind.

Consider the case of the stingray — a mobile phone surveillance gadget utilized by law enforcement to intercept and store a person’s phone calls, texts, emails, and location. These devices collect information from everyone in the vicinity, allowing the government to access private and potentially sensitive information about countless innocent individuals.

Up until 2014 — seven years after the first iPhone was released — there was no clearly defined federal privacy protections regarding an individual’s electronic data. In Riley v. California, the U.S. Supreme Court unanimously held that a search warrant was required in order to look through the digital contents of a person’s cell phone upon his or her arrest. Note that this ruling applies only to arrested persons who have their phone confiscated when arrested; government agents routinely surveil people who have not been arrested.

The Riley case was an important step towards protecting an individual’s private data, but unfortunately does not apply to most situations where privacy is susceptible to intrusion. While the Court took a stand against warrantless intrusions of arrested persons, its ruling does not apply, for example, to stingray use for people who are not arrested, let alone the rest of us who are not suspected of any wrongdoing.

It’s also important to note that the Supreme Court’s rulings merely set a floor beneath which government policies may not operate. States retain the ability to impose greater protections than the Court afforded.

And some states have done precisely that. Montana, for example, has enacted legislation requiring a search warrant before law enforcement officers may access any data on a person’s electronic device. This applies to all individuals and all electronic communication devices — not just cell phones.

Similarly, California passed a widely supported bipartisan bill that prohibits government entities from compelling businesses to give them access to “electronic communication information or electronic device information” without receiving consent, getting a judge’s signature, or proving it’s an emergency case. State government entities are also banned from tracking locations of electronic devices. This law has been referred to as “the nation’s best digital privacy law” due to its extensive support for public safety and privacy.

Utah has also recently made strides in the right direction. As of 2014, Utahns are protected from having their location identified by law enforcement through electronic devices such as stingrays. The law also prohibits unwarranted mass collection and storage of individuals’ electronic data.

The Legislature has also recently prohibited warrantless surveillance using handheld imaging devices and drones. And while these protections are praiseworthy, the piecemeal approach to legislating with each new technology also means that our information may be vulnerable to intrusion by law enforcement as new technologies are introduced. This suggests a need for comprehensive action to protect our digital information.

Missouri has demonstrated a simple solution to protect the digital privacy of its citizens. The state amended its Constitution in 2014 to protect electronic communications and data from warrantless searches or seizures. Multiple other state legislatures, including in Iowa, Michigan, Minnesota and Washington have considered changing their Constitutions to protect people’s privacy and digital property. Utah should do the same.

A state’s Constitution is the ultimate oversight of governmental power. In order for Utah courts to have an explicit directive to uphold justice against warrantless law enforcement intrusion using changing technologies, our state’s Constitution needs to be amended to include “electronic data and communications” among the existing things protected against unreasonable searches and seizures.

This will add a needed layer of security, safeguarding our privacy without having to hope the legislature responds to changing technology trends each year.

Molly Davis is a research intern at Libertas Institute.

END_OF_DOCUMENT_TOKEN_TO_BE_REPLACED 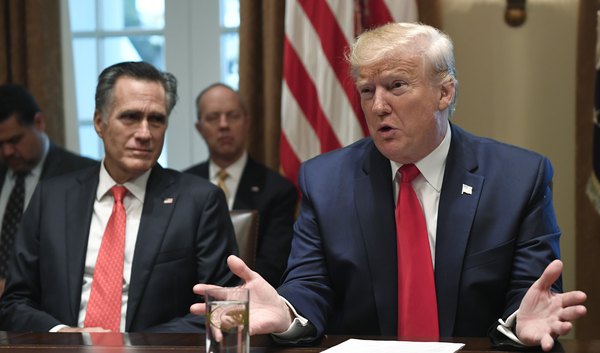 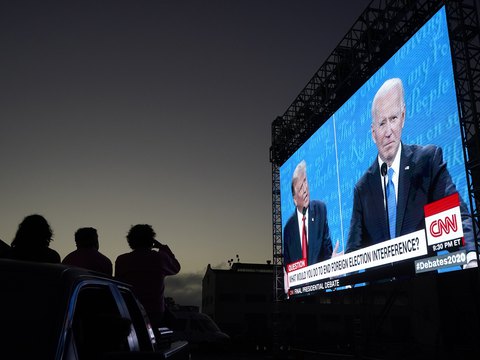 Adam Reiser: Republicans should beware of swinging the pendulum too far right
By Adam Reiser | Special to The Tribune • 4h ago

Jonathan M. Ruga: When it comes to his nonprofit, Burgess Owens hasn’t been open with voters
By Jonathan M. Ruga | Special to The Tribune • 4h ago
END_OF_DOCUMENT_TOKEN_TO_BE_REPLACED
L

Kent Dean: Utah, the Republican Party, and Trump: A call for decency and reason
By Kent Dean | Special to The Tribune • 17m ago

Letter: Salt Lake City Library must be reimagined
By Nicholas Rush | The Public Forum • 51m ago