Did you hear the one about polygamy jokes on Twitter during Utah Jazz games? Wives have plural views of whether they are funny.

Moments after the Utah Jazz lost Game 5 of their playoff series against the Oklahoma City Thunder, a Twitter user offered some comical perspective.

The joke was a hit with a key demographic for such comedy — polygamists.

“I think most can laugh at themselves,” Joe and Alina Darger said in an email to The Salt Lake Tribune.

They also cautioned: ”Most jokes rather than being something clever or about the culture are disparaging or used as a slur and those are not funny.”

Jokes about polygamy and various shades of Mormons existed long before Twitter. In “Roughing It,” Mark Twain gave what is assumed to be an embellished account of his meeting with Brigham Young. Young urged the author to have a “small family.”

“Take my word for it, ten or eleven wives is all you need — never go over it,” Twain quotes Young as saying.

The jokes Utah Jazz fans are reading on social media this NBA playoff season are much like the ones Brigham Young University fans hear and read every time their teams travel.

Looks like the UofU has a reply for #BYU. Tit for tat. #Mormon #LDS #ldsconf #TwitterStake pic.twitter.com/p4BZ2kIXM8

BYU is owned by The Church of Jesus Christ of Latter-day Saints, which officially abandoned polygamy in 1890 and excommunicates members found practicing it. That hasn’t stopped the polygamy jokes. Sometimes, faithful members of the church even participate.

A 2005 profile in The Atlantic of then-presumed presidential candidate Mitt Romney included a joke he told at a St. Patrick’s Day breakfast in Boston.

People who actually grew up in polygamy get in on the act, too.

Lance Allred, who grew up in the polygamous community of Pinesdale, Mont., and went on to play in the NBA, offers a dim view of plural marriage in his public speaking engagements. He still cracks a few jokes.

In a 2016 TedX talk, Allred recalled the large number of women in his parents’ wedding video — his mother’s mothers and his father’s previous wives — and how NBA teammates would be excited to find a nightclub with a ratio of three women to one man.

The teammates would try to get Allred to go to such clubs.

Arizona polygamist Moroni Jessop has read the jokes made on Twitter during the Jazz games and says they are hilarious.

I live in SLC, and this really offends me and both my wives. Smh

“We need to be able to laugh at ourselves,” Jessop said in an email. “You have to admit — it is a kind of a weird culture.”

Sure, the jokes come mostly from a lack of understanding, he says.

“But the best defense is to not take offense,” Jessop wrote. “The inability to laugh at one’s self stems from insecurity in one’s own position.”

Yes, Jessop has a favorite polygamy joke. To the tune of Anne Murray’s “Could I Have This Dance:”

May I have this dance

With the rest of my wives

Will you be my partner?

Jessop isn’t even bothered when people put on prairie dresses and go as sister wives for Halloween.

Anne Wilde, who was a plural wife for 33 years until the death of her husband, doesn’t find polygamy jokes funny, generally. In an email, she said the ribbing tends to be unoriginal and spreads the misconception Utah law allows polygamy.

The jokes “convey false information,” Wilde wrote, “and their assumed ‘statements of fact’ are usually untrue.”

As for trick-or-treaters wearing prairie dresses, she feels that’s disrespectful, though Wilde adds her own punchline:

“… but at least they are modest in style.”

Prairie dresses remain the preferred attire of women and girls in the polygamous Fundamentalist Church of Jesus Christ of Latter-Day Saints. Although FLDS members represent a fraction of polygamists across the West, they have received the bulk of attention, largely because of their leader, Warren Jeffs, who is serving a prison sentence in Texas of life plus 20 years for sexually assaulting two girls he married as plural wives.

Drew Briney, one of the husbands seen on the reality television show “Seeking Sister Wife,” said the FLDS have driven many of the stereotypes about polygamists, and jokes marginalize polygamists.

He points out that jokes making fun of other religions and sexual persuasions have been deemed socially unacceptable.

“But, if you want to suggest that polygamist women are nothing more than brainless sluts prostituting their bodies for god, that’s somehow acceptable,” Briney wrote in an email. “It’s okay to laugh. After all, [polygamy is] illegal, right?”

Even still, Briney offers a funny polygamy joke from Twitter — from when then-Utah Jazz player Jeremy Evans was participating in the 2012 NBA Slam Dunk Contest.

The guy from the Utah Jazz should have dunked over 7 Sister Wives. #slamdunkcontest #spriteslam #polygamy

Briney notes: “That would have been impressive AND funny even if they weren’t in prairie dresses.”

END_OF_DOCUMENT_TOKEN_TO_BE_REPLACED 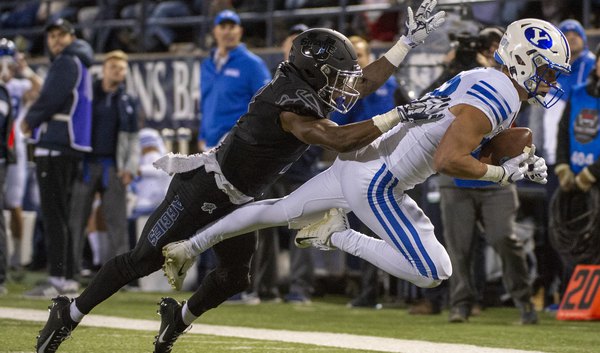 BYU restocking the shelf at receiver, but there is talent there, and Matt Bushman returns at tight end
By Norma Gonzalez • 20m ago 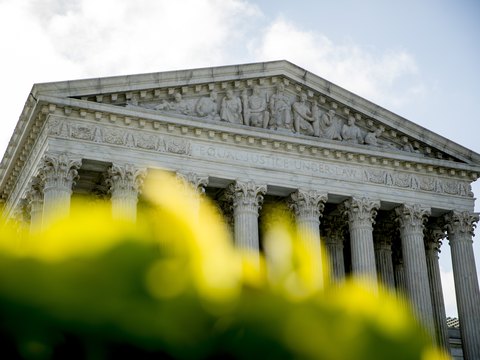