Three more Utah cities voted this week not to move forward with a first-of-its kind nuclear power project that proponents have pitched as the future of clean energy but that opponents have lined up against over concerns about financial risk.

Beaver, Bountiful and Heber are the latest municipalities to exit the small modular nuclear reactor pursuit, following in the footsteps of Murray, Kaysville, Lehi and Logan, which also backed out in recent weeks.

While the move may reduce their risk, it leaves an open question for many of the cities: How will they keep the lights on in a future without coal?

“That’s the question that I have for our council,” said Beaver Mayor Matt Robinson in an interview on Thursday.

“As we sit today in November of 2020, we’re fine in Beaver City with our power most of the time,” he continued. “But in 10 years, we need the power. We need power and we need to own power. We can’t just go to the open market and throw it up to chance and pay whatever the market says we need to pay.”

Robinson said he saw the nuclear power project as the “best solution on the table today” for “base load” power, a way to supplement renewable energy when the sun isn’t shining or the wind isn’t blowing. But he said the City Council, which voted 3-2 to back out of the project, was concerned about its financial risks.

The Heber Light and Power Board, which voted 5-1 to get out of the project, and the Bountiful City Council, which unanimously made the decision to back out, both did so this week largely over concerns about the subscription rate of the nuclear energy pursuit.

“There’s enough things wrong with this project that it made it really scary,” said Bart Miller, Heber Light and Power’s chief financial officer. “We’re just a bunch of little utilities in the state of Utah trying to do a $6 billion nuclear power plant.”

Down the road, he said Heber may become involved in another nuclear project. But it will likely be one with less financial risk to the city.

Bountiful City Councilman Richard Higginson said the leaders there had similar concerns, and felt too many of the development and construction costs were falling to a small number of municipalities.

“I didn’t get any feel from anyone on the power commission or the city council that it was an anti-nuclear vote,” he said. “It was a financial decision based on the escalating costs because of the under subscription of the project.”

Bountiful has around 40% green and renewable energy in its power portfolio already, Higginson said, and he feels it’s in good shape heading into the future. But he said city leaders will continue to look at other power opportunities and projects “that make sense for us.”

Costs have been one of the main concerns for several of the cities that have backed out over the last few weeks, as the project’s projected price tag has ballooned significantly, from $4.5 billion a few years ago to around $6 billion now. Opponents have also raised concerns about time and cost overruns, safety considerations and an uncertain regulatory environment.

The Utah Taxpayers Association has been among the critics of the project, arguing that municipal power companies should not act as a “seed investor” for the new technology, a responsibility it’s argued should lie with the private sector.

Environmental groups, such as the Healthy Environment Alliance of Utah, have also raised concerns about the radioactive waste that would be generated by the project.

Cities participating in the Carbon Free Power Project through the Utah Associated Municipal Power Systems — a consortium of municipally owned power systems in Utah and several other Western states that has partnered with NuScale Power to study and create the nuclear technology — have until Saturday to decide whether to stay in the project or back out.

But despite the exodus from the project in recent weeks, LaVarr Webb, a spokesman for UAMPS, said he’s confident the project will advance, believing that more cities will come on board now that the project has crossed several regulatory hurdles and the Department of Energy has approved a multiyear cost share award of $1.355 billion for development of the project.

“While a number of cities have withdrawn, vastly more do want to go forward,” he said. “And so the project is certainly expected to go forward.”

The cities that stick with the project aren’t expected to power their cities with nuclear energy until around 2029. The proposed 12-module plant will be located at Idaho National Laboratory in Idaho Falls, where it will produce a total 720 megawatts of electricity to power Utah cities from hundreds of miles away.

END_OF_DOCUMENT_TOKEN_TO_BE_REPLACED 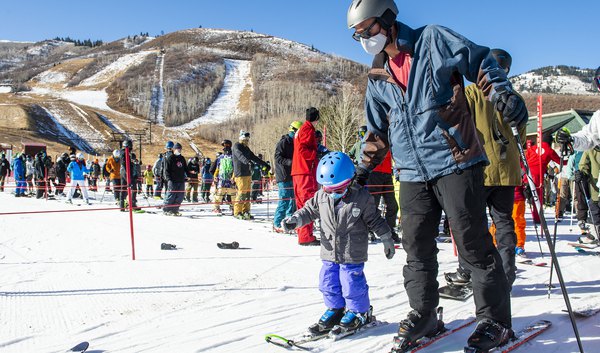