At a news conference at This Is the Place Heritage Park, Herbert — who is not seeking reelection this year — announced the final budget recommendations of his administration. In his proposal, Herbert asks lawmakers to increase public and higher education spending by roughly $400 million and to direct $100 million toward transportation projects that could help improve the state’s air quality.

“This is still the right place, and we are driving on,” Herbert said. “A lot of good things are happening.”

Herbert’s $20 billion budget proposal makes use of an estimated $682 million in surplus state revenue, while also reflecting a $160 million tax cut approved by legislators during a December special session.

Critics of those tax changes are working to overturn the Legislature’s actions through a public referendum. But Kristen Cox, executive director of the Governor’s Office of Management and Budget, said Herbert’s budget proposal assumes the tax cut will take effect as approved by lawmakers.

“We’re budgeting based off of what’s true today,” Cox said.

Lawmakers ultimately spent roughly $28 million on various programs related to that issue in 2019.

Cox said the transit funding would ideally be steered toward the Utah Department of Transportation, which oversees the state’s roads, with direction to coordinate with the Utah Transit Authority on new transit services.

“Roads and transit have got to work hand in hand,” Cox said.

Thom Carter, executive director of the Utah Clean Air Partnership, or UCAIR, said he was optimistic about the direction the state is going on air quality. He said he anticipates increasing demand for electric vehicles as manufacturers expand their offerings in that market, and that improvements in fuel efficiency are decreasing the environmental impact of older, traditional cars.

A ski resort, a hospital chain and a hotel are among Utah’s biggest tax delinquents

“Even with our fuel vehicles," he said, “with Tier-3 [gasoline] we’re going to see a good reduction in emissions.”

Herbert said the state’s population has reached a critical mass at which transit services can be economically feasible. And he suggested that Utah work to be a leader in electric vehicle transportation by providing a charging network to mitigate the inconvenience and “range fear” that drivers of those cars experience.

He said he was optimistic that legislative leaders would consider his proposals and joked that lawmakers could save time by simply adopting his budget.

“We could maybe cut the 45-day [legislative] session in half," Herbert said.

In a prepared joint statement, Senate President Stuart Adams, R-Layton, and House Speaker Brad Wilson, R-Kaysville, said they appreciate the thoughtful consideration put into Herbert’s budget recommendations, and that collaboration between the legislative and executive branches has resulted in a strong economic track record for the state.

“We look forward to continued collaboration in education, infrastructure, public safety and other critical areas that help Utah remain a national leader in innovative and effective policymaking,” the legislative leaders said.

In addition to suggesting spending levels to lawmakers, budget materials prepared by the governor’s office include a number of proposed changes to state law, particularly related to public and higher education. Currently, Utah’s public education system is overseen by a nonpartisan, elected state school board, but Herbert is proposing that the state Constitution be amended to grant power to the Utah governor to appoint a state board of education.

Herbert noted that he currently appoints members of the state Board of Regents, which oversees Utah’s higher education system. He said future governors should have a similar authority over the state’s elementary, middle and high schools.

“At the very least,” Herbert said, “the governor ought to appoint the [state] superintendent.”

Currently, the school board hires a superintendent.

The process for seating school board members has become a perennial topic of debate on Capitol Hill and in the courts in recent years. Previous attempts to move to an appointed board have failed in the Legislature, but this year’s school board elections will be partisan after a Utah Supreme Court ruling last year.

The governor’s budget materials also call for a freeze on college and university tuition increases until a specific definition of higher education affordability can be defined, and for the governing bodies of the state’s higher education and technical college networks to be merged into a single postsecondary education oversight entity.

Heidi Matthews, president of the Utah Education Association, said she was surprised that Herbert’s budget did not include any specific funding for teacher recruitment and compensation. She said there were positive elements to the governor’s proposal but that his request for $292 million in new funding for K-12 education would not translate into significant gains for Utah’s schools.

“We won’t be able to move the needle in the ways that we know that we need to,” Matthews said.

She also objected to the governor’s suggestion that the state school board be appointed, saying the UEA would prefer to return to a system of direct, nonpartisan elections for those positions.

Other elements of the governor’s budget recommendations include:

• A 2.5% cost-of-living increase for state employees.

• A 4.5% boost to the weighted pupil unit, or WPU, a per-student budgeting amount for the state’s public education system.

• $18.6 million to expand optional full-day kindergarten in the state.

• $850,000 for the processing the backlog of sexual assault evidence kits.

END_OF_DOCUMENT_TOKEN_TO_BE_REPLACED 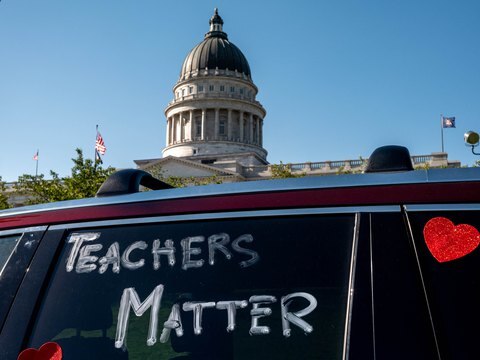 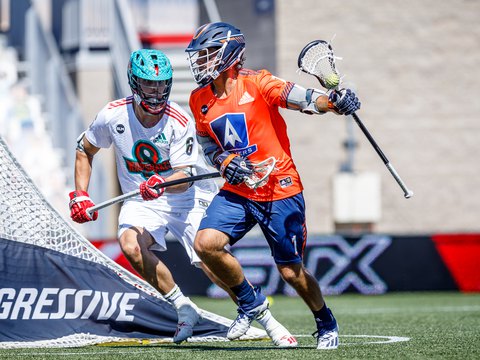