Washington • Sen. Mitt Romney wants special counsel Robert Mueller to testify before Congress, breaking with fellow Republicans who want to move on after Mueller delivered his report that found attempts by President Donald Trump to derail the investigation but didn’t seek charges against him for obstruction of justice.

“I’d like to hear from Mr. Mueller; I think a lot of people would like to hear his perspective on the report he put out and the conclusions he reached,” Romney told reporters at the Capitol on Thursday.

The Utah Republican, who had said he was “sickened” by Mueller’s findings about the president and his team, wasn’t sure what form such a hearing with the special counsel would entail but that it was important for the public to hear directly from the lead investigator.

“I don’t know what the right process is for us to be able to hear from him," Romney said, “but I think a lot of us would like to hear his take.”

But Senate Judiciary Committee Chairman Lindsey Graham is. He considers the matter closed.

“They just want to keep it going,” the South Carolina Republican said about Democrats, according to Bloomberg News. “My job, I thought, was to make sure Mueller could do his job. My job is not to empower their presidential campaigns. My job is not to give them a platform to keep slapping around Trump. My job was to make sure that the rule of law was allowed to work.”

Muller’s report did not consider the matter closed on the subject of obstruction of justice charges, stating investigators were unable to reach a judgment. “Accordingly, while this report does not conclude that the President committed a crime, it also does not exonerate him.”

Barr ultimately made the determination not to charge the president with a crime.

Congressional Democrats have long wanted Mueller to testify about his 22-month investigation of Russia’s interference in the 2016 election and the Trump team’s contacts with Russian officials. Dozens of people, including six former Trump advisers, have been indicted, convicted or pleaded guilty in cases tied to the Mueller probe.

But requests for Mueller’s testimony amped up this week after it surfaced that Mueller sent a letter to Attorney General William Barr expressing his concern that Barr did not initially give a fair assessment of his findings.

Are Utahns once again starting to trust Utah’s scandal-scarred transit agency? A new UTA poll says they are after major reforms.

Gehrke: Like ‘The Avengers,' Utah’s Republican Party is at a crossroads — and here’s why it matters to you

In the Democrat-led House, two committee chairmen are calling for Mueller to testify, possibly within the next two weeks.

Romney, who has been a Trump critic at times, called the Mueller report a “sobering revelation of how far we have strayed from the aspirations and principles of the founders.”

He said he was glad the investigation was over so the “business of government can move on.”

“Even so, I am sickened at the extent and pervasiveness of dishonesty and misdirection by individuals in the highest office of the land, including the president,” he added.

Lee charged during a Wednesday hearing with Barr that Democrats were using the Mueller probe to undermine the president.

Time and time again, the president’s political adversaries have exploited the Mueller probe, its mere existence, to spread baseless innuendo in an effort to undermine the legitimacy of the 2016 election and the effectiveness of this administration.https://t.co/2KCAKEgjVZ

“Time and time again, the president’s political adversaries have exploited the Mueller probe, its mere existence, to spread baseless innuendo in an effort to undermine the legitimacy of the 2016 election and the effectiveness of this administration,” he later tweeted.

END_OF_DOCUMENT_TOKEN_TO_BE_REPLACED

Coronavirus cases in Utah County are rising. Leaders don’t want to issue a stay-at-home order at this time.
By Taylor Stevens • 4h ago
END_OF_DOCUMENT_TOKEN_TO_BE_REPLACED
L

Unlike most cruise lines, one with Utah ties may qualify to share in stimulus package
By Lee Davidson • 19m ago 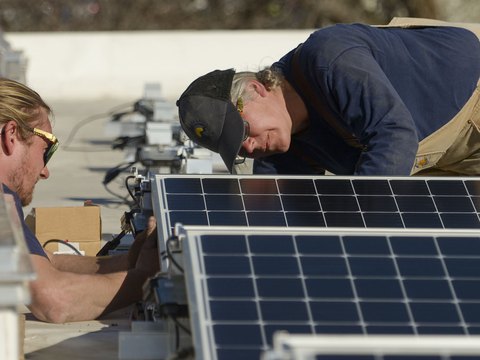 Oil companies are collapsing, but wind and solar energy keep growing
By Ivan Penn | The New York Times • 32m ago

Gordon Monson: COVID-19 is stealing memories, and the people who made them
By Gordon Monson • 53m ago