Washington • Sen. Mitt Romney offered a harsh critique of President Donald Trump on Friday after reviewing the special counsel’s report, breaking from most Republicans who argue Robert Mueller’s finding that there was no collusion between Trump’s team and Russia exonerated the president.

“Reading the report is a sobering revelation of how far we have strayed from the aspirations and principles of the founders,” Romney said in a statement.

A Utah Republican and former GOP presidential nominee, Romney said it was “good news” that Mueller didn’t find evidence to charge the president, a move he added would have “taken us through a wrenching process with the potential for constitutional crisis."

“The business of government can move on,” Romney continued. “Even so, I am sickened at the extent and pervasiveness of dishonesty and misdirection by individuals in the highest office of the land, including the President.

I have now read the redacted Mueller report and offer my personal reaction: pic.twitter.com/ACnExskqXJ

“I am also appalled," he said, “that, among other things, fellow citizens working in a campaign for president welcomed help from Russia — including information that had been illegally obtained; that none of them acted to inform American law enforcement; and that the campaign chairman was actively promoting Russian interests in Ukraine.”

Romney’s comments were some of the sharpest from any Republican responding to the Mueller report into the 2016 election and its aftermath and came as Sen. Elizabeth Warren, a Massachusetts Democrat and presidential contender, called for Trump’s impeachment.

“The severity of this misconduct demands that elected officials in both parties set aside political considerations and do their constitutional duty,” Warren tweeted. “That means the House should initiate impeachment proceedings against the President of the United States.”

The severity of this misconduct demands that elected officials in both parties set aside political considerations and do their constitutional duty. That means the House should initiate impeachment proceedings against the President of the United States.

The White House did not respond to a request for comment, though the president has asserted that the report vindicates his argument that Mueller’s investigation was a witch hunt by angry Democrats.

Mueller’s investigation, according to a redacted version of the report released Thursday by the attorney general, did not find any conspiracy between the Trump campaign and Russia’s actions to interfere in the election to help Trump and hurt Democrat Hillary Clinton, though it detailed multiple attempts by Trump aides to unearth missing Clinton State Department emails.

Mueller report lays out obstruction evidence against the president

Mueller report suggests the ‘fake news’ came from Trump, not the news media

The report also shows Trump tried repeatedly to thwart the Mueller probe, even calling for the special counsel to be fired, though aides to the president refused to carry out those actions they saw as legally dubious.

It also charges that Trump aides lied to investigators and Congress; several of Trump’s top aides, including his former campaign manager, national security adviser and personal lawyer, have been convicted or pleaded guilty to federal charges. In total, 34 people and three entities have been charged in the 22-month Mueller probe.

Many Republicans, including Utah’s members of Congress, said the Mueller report clears the president of wrongdoing and it was time to move on.

“The Mueller report is finally available and it is definitive: there was no collusion,” Sen. Mike Lee, R-Utah, tweeted Thursday.

“I am encouraged that we may now turn the page on this distracting chapter of U.S. history,” said Rep. Rob Bishop, R-Utah.

Romney wasn’t toeing the same line, though his critical statement didn’t call for any action based on the Mueller report.

The senator, only a few months into office, has emerged as an occasional supporter and occasional critic of the president.

In 2016, as Trump was on his way to clinching the GOP nomination, Romney urged voters to reject him, calling Trump a “phony, a fraud.” But he later sat for dinner with the then-president-elect as Trump weighed offering Romney the job of secretary of state.

Romney met with Trump recently at the White House to talk trade.

When Romney took office on Jan. 3, he spoke about how he wouldn’t be a constant critic of the president but he also wasn’t going to be a sycophant.

“I’ll be with the president when we agree,” Romney said. “If we disagree, I’ll oppose on a particular issue. And if there’s something said or done that’s of a significant character that’s divisive, then I’ll speak out about it.”

Out of the gate, Romney came to Washington ready to spar if needed.

In a Washington Post op-ed in January, Romney said Trump has failed to inspire or conduct himself while in office with honesty and integrity. And he warned that Trump was hurting U.S. relationships with trusted allies.

“On balance, his conduct over the past two years, particularly his actions this last month," Romney wrote, “is evidence that the president has not risen to the mantle of the office.”

END_OF_DOCUMENT_TOKEN_TO_BE_REPLACED 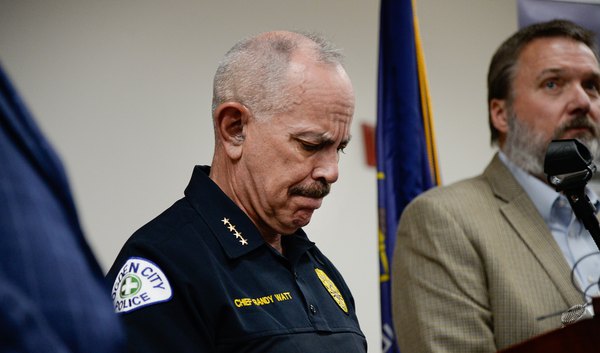