Gehrke: A mail carrier’s simple act shows we don’t all have to be Brent Taylor to serve

It was a letter that ordinarily might have been stamped undeliverable and returned to its sender.

But this wasn’t an ordinary letter.

This letter was addressed to “Mrs. Brent Taylor” and the address simply read, “Home of an American Hero, North Ogden, Utah 84414.”

Based on the ZIP code, it got routed to the Ben Lomond Post Office. There, a clerk named Sterling Harris spotted it and recognized the name, and he and his colleagues did what needed to be done. So, when Jennie Taylor checked her mailbox Sunday morning, there it was.

“A shoutout to my #uspsmailman,” Jennie Taylor posted on Twitter with an image of the letter. “Thanks for helping this card find its way to our mailbox. #coolnewaddress.”

It was one of many cards and letters of condolence that she and her seven children have received since they lost Maj. Taylor, who had taken a yearlong leave as mayor of North Ogden to serve a deployment to Afghanistan, helping to train Afghan soldiers.

On Nov. 3, one of the trainees turned and opened fire, killing Taylor and wounding another soldier.

A Catholic couple living in Florida had sent the letter, expressing their condolences to Jennie and the kids, Jennie Taylor told me this week. They wanted the family to know they were thinking of them and they would be in their prayers next time they were at Mass.

On the front of the letter, they wrote “Grateful for God, Family and Country.”

It was a small thing, really, that Harris did — making sure a letter reached its grateful recipients. But it mattered to Jennie Taylor.

“Heaven bless that mail carrier who went out of his way to deliver that,” Taylor said. “It was a good thing for a Sunday morning when our hearts are heavy. The day-to-day, during the week, we stay busy, but on Sunday, things slow down and it hits us. It was well-timed and we were glad to get it.”

Harris gave this small gesture as a service, not expecting anything in return, but simply a selfless act to help people he probably will never know.

It’s a small example of how we can all draw inspiration from Brent Taylor’s life, as mayor and as soldier serving four tours in Iraq and Afghanistan, and his ultimate sacrifice for people he never knew.

In another poignant letter to Taylor’s widow, an Afghan airman, Abdul Rahman Rahmani, who flew missions with Taylor, had a message for his children: “Tell them that their father was a loving, caring and compassionate man whose life was not just meaningful, it was inspirational.”

Taylor’s loss has inspired an outpouring from his community and country.

A GoFundMe campaign set up for the family has raised nearly $560,000 from close to 7,000 donors around the world.

Meredith Wurm set out to put together baskets of Christmas gifts for the Taylor children and posted on Facebook that she got such an outpouring from some 35 businesses in the community that the baskets are now large plastic totes packed with toys and gift cards. Those, too, will find their way to the “Home of an American Hero.”

But let’s not let it stop there. As we enter a season of giving, let’s all commit ourselves to selfless service and find ways — even small but meaningful ones, like Harris did — that we can touch the lives of those around us, make our world a little better, and honor the life of Maj. Brent Taylor.

END_OF_DOCUMENT_TOKEN_TO_BE_REPLACED 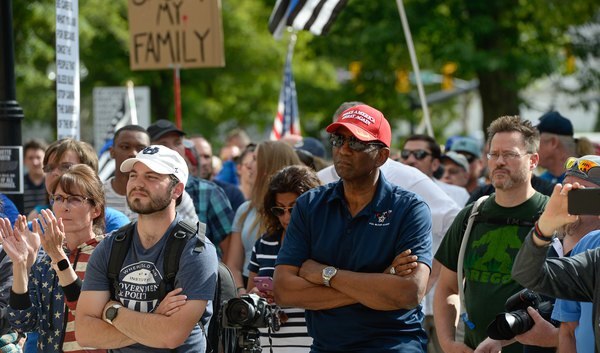 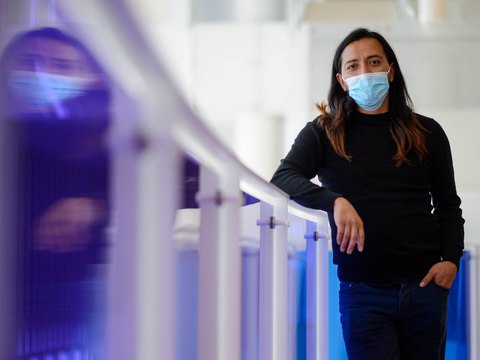 END_OF_DOCUMENT_TOKEN_TO_BE_REPLACED

Ross Douthat: The religious roots of a new progressive era
By Ross Douthat | The New York Times • 3h ago