Recreational use of marijuana violates Mormon Word of Wisdom, church leaders say, regardless of legality

Mormon doctors who recommend cannabis to their patients, and voters who support medical marijuana legalization efforts, are not at risk of jeopardizing their standing within The Church of Jesus Christ of Latter-day Saints, a member of the faith’s leadership said Wednesday.

But recreational use of marijuana — regardless of its legal status — is prohibited by the faith’s Word of Wisdom health code, one leader said, comparing cannabis to tobacco or addictive hallucinogens.

While speaking on the KUER program “RadioWest," three LDS Church leaders reiterated the Utah-based faith’s opposition to Proposition 2, which would legalize medical cannabis in the state, while advocating for the alleviation of pain and suffering through carefully regulated and precisely used medicinal marijuana.

“Part of our doctrine is the principle of moral agency — people make choices for themselves,” said Jack Gerard, an LDS general authority Seventy. “We think there is a better solution than what is before voters this fall.”

Gerard was joined on the program by Craig Christensen, also an LDS general authority Seventy, and Lisa Harkness, first counselor in the faith’s Primary general presidency.

The three leaders have been the public face of the LDS Church’s opposition to Proposition 2 since the faith joined the Drug Safe Utah coalition at a news conference last month. At the time, Gerard elaborated that the LDS Church does not object to medical marijuana “if doctor prescribed in dosage form through a licensed pharmacy” but declined to respond to questions about practicing Mormons who use cannabis outside those guidelines.

On Wednesday, responding to direct questioning by “RadioWest” host Doug Fabrizio, Christensen provided what is perhaps the clearest statement yet from a high-level church authority on how recreational marijuana use corresponds with the Word of Wisdom, a set of dietary restrictions within Mormonism that prohibits, among other things, consumption of alcohol and tobacco.

Latter-day Saints who violate the Word of Wisdom can be barred from entering the faith’s temples and performing its most sacred rites.

“It would be analogous to tobacco or other, in essence, harmful, addictive substances,” Christensen said. “If used for recreational purposes, hallucinogens, it would cause [to] dull your senses.”

DJ Schanz, director of the pro-Prop 2 Utah Patients Coalition, described the addiction profile of marijuana as closer to that of Diet Coke (and the LDS Church has emphasized that, despite popular folklore, caffeinated sodas are not against the Word of Wisdom). The potential harms of cannabis, Schanz said, pale in comparison to opioids and other commonly prescribed drugs.

“When compared to the alternative," he said, “cannabis is an excellent option for most patients.”

He said apprehension toward marijuana is nothing new. And while the LDS Church remains opposed to Proposition 2, which the Utah Patients Coalition initiated, Schanz commended church leaders for arriving at a position of conditional support for medical cannabis.

“The church is making a lot of headway on this issue,” Schanz said. “We see a silver lining in that.”

Medical marijuana is already legal in about 30 states, with many of those states — including Utah’s neighbors Colorado and Nevada — also allowing recreational use for adults.

While many Mormons live in areas inside and outside the United States where marijuana is already legal, or where debate on legalization has recently occurred, Harkness said the church was compelled to become actively involved in the fight against Utah’s Proposition 2 because of the faith’s community ties in the state.

“We’re a global church, we’re a global organization, and yet we’re part of this community,” she said. “This has to do with our community and our children.”

Christensen added that the church’s influence in the state is also a factor in its decision to take an active role in the debate over Proposition 2. By joining a broad coalition of individuals and community groups, Christensen said, the LDS Church can help steer the state toward a better, treatment-focused policy for cannabis use.

“We can do what needs to be done here,” he said. “That’s why we think this is a place where those things can be discussed and the right legislation be passed so it becomes a model.”

More than 60 percent of Utahns are Latter-day Saints, while close to 90 percent of state lawmakers are active in the faith.

END_OF_DOCUMENT_TOKEN_TO_BE_REPLACED 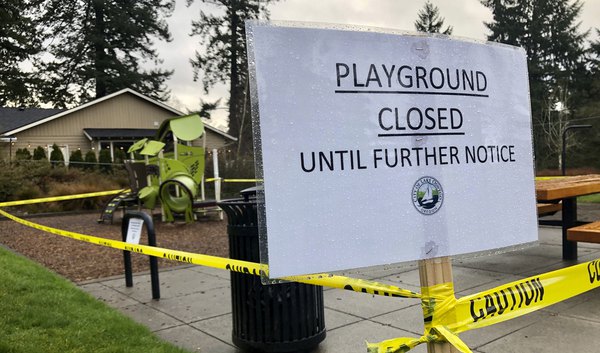 Geezerfest 2020 continues despite pandemic.
By Rick Egan • 28m ago 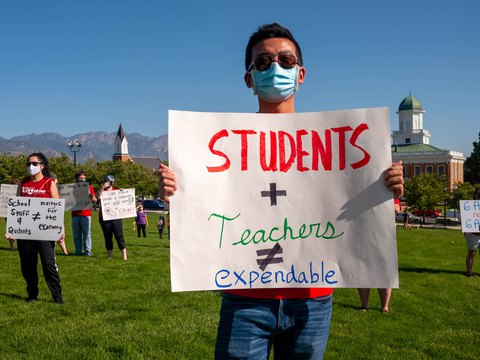 Letter: It’s not safe to reopen schools yet
By Carol Brown | The Public Forum • 50m ago
END_OF_DOCUMENT_TOKEN_TO_BE_REPLACED