In the 24 hours since President Donald Trump escalated an attack on Rep. Ilhan Omar by tweeting a video of her spliced with footage of the burning twin towers, Democrats have accused him of Islamophobia, inciting violence and politicizing one of America’s gravest tragedies.

The swift condemnation started Friday afternoon, after Trump shared the video with his millions of followers, along with the caption "We Will Never Forget."

WE WILL NEVER FORGET! pic.twitter.com/VxrGFRFeJM

Omar, D—Minn., a Somali refugee who made history as one of the first two Muslim women elected to Congress last year, has been the target of conservative criticism this past week, after right-wing media outlets began sharing comments she made about the Sept. 11, 2001, terrorist attacks to a largely Muslim audience last month.

At a Council on American-Islamic Relations (CAIR) event, Omar spoke about the discrimination Americans Muslims faced after the terrorist attacks.

“For far too long, we have lived with the discomfort of being a second -class citizen and, frankly, I’m tired of it, and every single Muslim in this country should be tired of it,” she said.

"CAIR was founded after 9/11," she went on, "because they recognized that some people did something and that all of us were starting to lose access to our civil liberties. So you can't just say that today someone is looking at me strange and that I am trying to make myself look pleasant. You have to say that, 'This person is looking at me strange. I am not comfortable with it, and I am going to talk to them and ask them why.' Because that is the right you have." (CAIR was actually founded in 1994.)

Conservatives began circulating a snippet of the 20-minute speech, highlighting the phrase “some people did something” to suggest Omar had played down the significance of 9/11.

As the clip spread, several Republicans questioned Omar's patriotism and loyalty. Things got uglier Thursday, when the New York Post ran a photo of the burning, smoking twin towers on its cover with the headline "Rep. Ilhan Omar: 9/11 Was 'Some People Did Something'."

Beneath that, in large bold letters, it said: "Here's your something."

A day later, Trump weighed in with his tweet.

“Members of Congress have a duty to respond to the President’s explicit attack today,” Rep. Alexandria Ocasio-Cortez, D-N.Y., tweeted hours after Trump’s missive. “@IlhanMN’s life is in danger. For our colleagues to be silent is to be complicit in the outright, dangerous targeting of a member of Congress. We must speak out.”

Members of Congress have a duty to respond to the President’s explicit attack today.@IlhanMN’s life is in danger. For our colleagues to be silent is to be complicit in the outright, dangerous targeting of a member of Congress.

We must speak out.

Sen. Elizabeth Warren, D—Mass., responded forcefully as well: “The President is inciting violence against a sitting Congresswoman — and an entire group of Americans based on their religion,” she tweeted.

The President is inciting violence against a sitting Congresswoman—and an entire group of Americans based on their religion. It's disgusting. It's shameful. And any elected leader who refuses to condemn it shares responsibility for it.

"It's disgusting. It's shameful," she went on. "And any elected leader who refuses to condemn it shares responsibility for it."

"Now, a president uses that dark day to incite his base against a member of Congress, as if for sport. As if we learned nothing that day about the workings of hate," Buttigieg wrote on Twitter. "The president today made America smaller."

It's not the first time Trump invoked 9/11 for personal or political gain.

On the day the towers fell, Trump mused on a radio show that he now had the tallest building in downtown Manhattan. During the 2016 presidential campaign, he claimed to have helped clean up the rubble, though there is no evidence of him doing so. He also said he lost hundreds of friends in the attack, but could never name one. And he claimed that he saw thousands of Muslims in Jersey City cheering the buildings coming down, something that never happened.

The president also has a long history of denigrating Muslims. He often suggested President Barack Obama, who is a Christian, was really a Muslim, insinuating that if he were that it would be a negative. In his race for president, Trump declared that "Islam hates us." He also formally proposed banning all Muslims from entering the United States during the presidential campaign. His administration has implemented policies barring citizens of certain Muslim—majority countries from traveling to the United States.

“The function of a president is bringing our people together,” Sen. Bernie Sanders, I-Vt., told voters in Gary, Indiana, on Saturday. “Even conservative presidents have understood that.”

Ilhan Omar is a leader with strength and courage. She won't back down to Trump's racism and hate, and neither will we. The disgusting and dangerous attacks against her must end.

"George W. Bush — I didn't have a lot in common with him. His views were very different than mine," he told the crowd. "But remember what he did after 9/11? He walked into a mosque to say that criminals, terrorists, attacked the United States. Not the Muslim people. That was a conservative Republican. We now have a president who for cheap political gain is trying to divide us up."

At a Saturday morning town hall near Charleston, S.C., former congressman Beto O’Rourke described the president’s tweet to the crowd, then denounced it in a monologue that lasted several minutes.

As he recounted the video, crowd members gasped. Then they applauded when O'Rourke said the video echoes the rhetoric the president and his administration have used against Mexican immigrants, asylum seekers and other marginalized groups.

"This is an incitement to violence against Congresswoman Omar, against our fellow Americans who happen to be Muslim," O'Rourke added.

House Speaker Nancy Pelosi, D-Calif., didn’t mention Omar specifically in her comments. Instead, she focused on the president’s politicizing of the terrorist attacks.

"The memory of 9/11 is sacred ground, and any discussion of it must be done with reverence. The President shouldn't use the painful images of 9/11 for a political attack," she said in a statement. "It is wrong for the President, as Commander—in—Chief, to fan the flames to make anyone less safe."

Rep. Rashida Tlaib, D—Mich., the other Muslim woman in Congress, seemed to agree with a tweet criticizing Pelosi's statement for not referencing Omar by name.

"They put us in photos when they want to show our party is diverse. However, when we ask to be at the table, or speak up about issues that impact who we are, what we fight for & why we ran in the first place, we are ignored," she said. "To truly honor our diversity is to never silence us."

This is not the first time Omar has been targeted by the right.

Before her congressional term had even begun, Republicans demanded she be removed from the House Foreign Affairs Committee because she had criticized the Israeli government and its treatment of the Palestinians.

Omar has said she has received several death threats since taking office. Last weekend, a New York Trump supporter was arrested after he called Omar’s office and threatened to put a “bullet through her [expletive] skull.”

Omar has said she won't be deterred by Trump or anyone else. On Saturday afternoon, she tweeted that she would not be silenced and would not sit on the sidelines.

“No one person — no matter how corrupt, inept, or vicious — can threaten my unwavering love for America,” she said. “I stand undeterred to continue fighting for equal opportunity in our pursuit of happiness for all Americans.”

END_OF_DOCUMENT_TOKEN_TO_BE_REPLACED 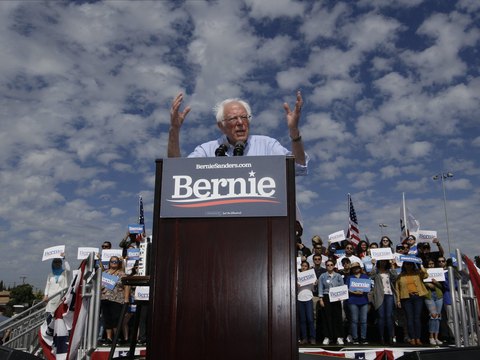 Russia is said to be interfering to aid Sanders in Democratic primaries
By Julian E. Barnes and Sydney Ember | The New York Times • 2d ago 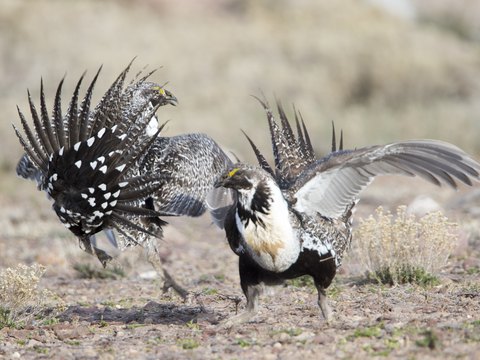 Jazz point guards past vs. present: Ricky Rubio returns to Vivint Arena to match up against Mike Conley
By Eric Walden • 38m ago