National forests • Brian Head blaze presents opportunity to get answers to that question.

The wildfire threatening a southern Utah resort town this week raced through a forest that lost hundreds of thousands of spruce trees in a devastating bark-beetle outbreak.

While it remains unclear how much of a factor all that barren timber played in the Brian Head Fire, the area's glut of dead wood raises concerns about firefighter safety and how wildland blazes could behave in the 2 million acres of Utah forests that have turned gray from the phloem-munching beetles.

For now, officials believe the Dixie National Forest trees perished so long ago that they no longer increase the likelihood of a catastrophic fire. Instead, hot, dry winds whipped this week's flames.

"The fine needles and smaller fuel fibers [from those dead trees] have fallen on the ground or they are gone, so there isn't that flashy fuel. That reduces the intensity. It's like trying to light a giant log with nothing around it," Dixie spokeswoman Cigi Burton said. Most of these snags and logs are considered a "1,000-hour fuel," referring to the amount of time a piece of dead wood takes to respond to changes in moisture conditions.

"They are burning now," Burton said, "but they are not the reason the fire moved so quickly."

In Utah, the beetle epidemic — afflicting much of western North America — began in the early 1990s in Dixie's spruce-covered Markagunt Plateau and Cedar Mountain. These highlands east of Cedar City harbor enclaves of homes that narrowly averted destruction in the 2012 Shingle Fire.

But Utah's worst-hit, beetle-plagued forests are in the Uintas, where swaths of dead timber extend for miles off the popular Mirror Lake Highway.

Experts hope the Forest Service will use the Brian Head Fire to gather sorely needed data on how blazes behave in beetle-battered forests as they burn, instead of waiting until the flames die to record observations.

The potential effects of beetle-killed timber on fires are the subject of intense debate among forest ecologists. Conventional wisdom suggests that dead and dying trees elevate the risk, but a research review paints a more-complex picture. Findings point in different directions, with some scientists arguing that lifeless trees may reduce fire severity.

Scientists rely on models to predict fire behavior, but the currently available ones aren't useful for forests that have been attacked by bark beetles, according to Forest Service ecologist Matt Jolly of the Rocky Mountain Research Station's Fire Sciences Lab in Missoula, Mont.

"The big challenge is we can't replicate this fire behavior in a laboratory," Jolly said. "What we need to do is observe real fire and document what we see."

Whether this beetle assault contributes to more dangerous, destructive fires probably depends on a variety factors, such as how long the trees have been dead, the species of tree, the condition of the bark, branches and needles the dead trees have deposited on the forest floor and the extent of mortality in a given stand.

"We know that a 20-year post-attack stand is a very dangerous place for a firefighter to be. The beetles make the tree brittle. We've seen them broken off 30 to 40 feet up off the ground," Jolly said. A dead tree, or snag, is far more likely to fall in a fire. Once down, this timber can block access to the fire, or worse, escape routes. Overlapping downed logs also make it virtually impossible cut fire lines.

A forest rebounding from a beetle infestation could be more susceptible to intense fire, not because of the dead wood, but because of the prolific tree growth that follows a die-off, said Mike Jenkins, a professor of forestry at Utah State University. This can be particularly true in Dixie, where the infestation left subalpine firs and young spruces. Beetles don't typically target trees whose trunks are less than 4 to 6 inches in diameter because they lack the rich layers of phloem on which the insects feed.

"Once the old trees are killed, these young trees see that as a release, and they grow like mad. That's because all the big trees that suck all the water and light are gone," said Jenkins, director of USU's Disturbance Ecology and Management Laboratory. "The subalpine fir are not attacked at all. They are a flammable tree with branches close to the ground."

Jolly suspects dead timber does boost the fire danger because needles and fine branches become 10 times drier as they turn red and eventually gray. But he cautioned that more research is needed to fully understand the beetle-fire interaction.

"If there's lots of dead foliage, there is, no doubt, a period of elevated of fire potential. As trees start to decay, branch wood falls to the ground, but the fuel is still there. If you take a tree killed by beetles and it falls over, it becomes additional dead fuel on the ground," Jolly said. These fuels can exacerbate a phenomenon known as "spotting" in which burning material is lifted aloft and ignites new blazes ahead of the main fire.

The hordes of marauding insects — along with a warming climate, on-and-off droughts and decades of fire suppression — have left the West's forests mired in unhealthy, overgrown conditions that many rural communities believe should be addressed through logging and other forms of "active management." But scientists believe fire must also be restored to the land — at least where it won't endanger communities.

"Ecologically, the effect of fire over large geographic areas is beneficial to break up some of these unhealthy forests, creating different age classes, allowing regeneration to happen," Jenkins said. "It's hard for people living in smoke and fearing for their lives and property to appreciate."

Brian Maffly covers public lands for The Salt Lake Tribune. Brian Maffly can be reached at bmaffly@sltrib.com or 801-257-8713. Twitter: @brianmaffly

END_OF_DOCUMENT_TOKEN_TO_BE_REPLACED 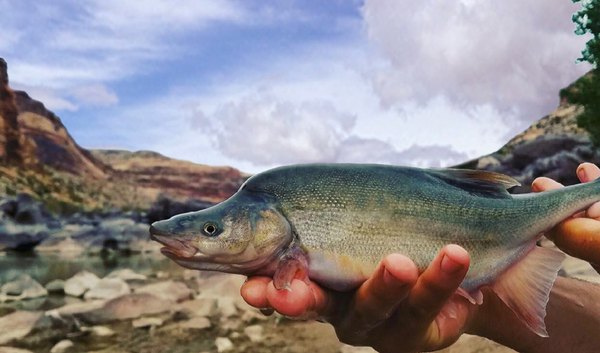 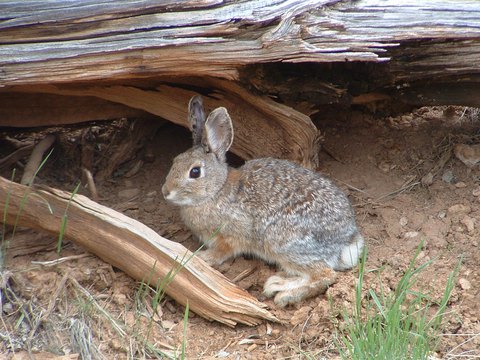 END_OF_DOCUMENT_TOKEN_TO_BE_REPLACED

For the Navajo Nation, a fight for better food gains new urgency
By Amelia Nierenberg | The New York Times • 1h ago