Concert is off, but the protest is on as hundreds rally to support businesses against COVID-19 restrictions

Stansbury Park • The show didn’t go on Saturday night, but a protest did.

Unlike the demonstration against racism and police use of deadly force that turned violent in downtown Salt Lake City, however, the one in Stansbury Park against coronavirus restrictions that led to the cancellation of a country western concert remained peaceful.

Eric Moutsos, the event organizer, shared news with the crowd of a flipped vehicle and rioting in Utah’s capital.

“But we’re the radical group, right?” he asked the orderly crowd sarcastically. “This is how true patriots do it in America; what we’re doing right here.”

About 1,000 people showed up at the historic Benson Grist Mill in Stansbury Park, even with only an hour’s notice of the venue change. The protest stemmed from a concert arranged by Utah Business Revival, featuring country star Collin Raye.

The event was initially supposed to be held at a Kaysville park with Mayor Katie Witt’s backing. The City Council revolted, passed a resolution renouncing the mayor and threatened to turn on sprinklers to stop the gathering.

Concert organizers moved the event to the Amphitheater at Studio Ranch near Grantsville — in defiance of the Tooele County Health Department’s restrictions on gatherings. Utah Business Revival argued in court that the gathering was no more dangerous than shopping at a big-box store, but a 3rd District judge disagreed. On Friday, she issued a preliminary order to block the concert.

Utah Business Revival still plans to hold a Raye performance in two weeks at an unknown location, according to its website.

Witt, who originally pushed for the concert in her Davis County city and is running for Congress, told the audience Saturday to “stand for freedom right now. ... Now is when it counts.”

With concert plans postponed, protesters who gathered at Benson Grist Mill bought products from about a dozen businesses that sent up tents in the park, played cornhole, tossed Frisbees, picnicked and listened to prerecorded country music played over loudspeakers.

“We’re just celebrating our freedoms. We have to make money somehow,” said American Fork resident Loren Lybbert, who was selling T-shirts at the event with his two daughters.

“I’m back up to about half a day to a day a week” of regular work, Lybbert said. “I’m just trying to pay the mortgage.”

Virtually all of the attendees shunned masks despite guidance from public health officials and Utah leaders, including Gov. Gary Herbert, that people wear face coverings in public gatherings.

“We’re a nation of laws … does that mean whatever comes out of somebody’s mouth, if they’re the governor, then that’s the law?” Rep. Phil Lyman, R-Blanding, asked the crowd. “It’s the opposite of that. It means even the governor has to obey the law.”

Herbert has issued a series of executive orders adjusting the rules and the state’s risk level in response to the pandemic. Many touch on business operations and social distancing guidelines. Most of Utah is currently in a “yellow,” or low-risk, phase with most businesses reopened. Even so, the public is still encouraged to maintain social distancing and wear facing coverings when such spacing is difficult to do.

“Our job as citizens is to take care of each other," she said, "to be patrons of local small businesses like we are here.”

END_OF_DOCUMENT_TOKEN_TO_BE_REPLACED 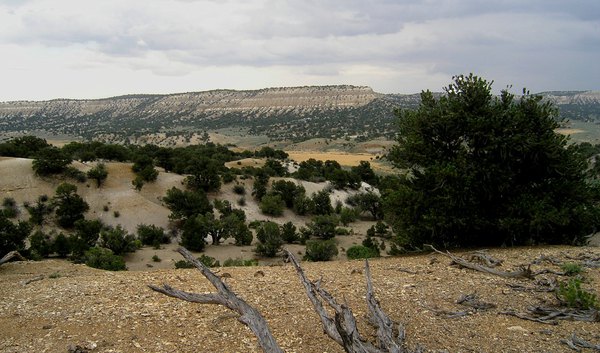 Jamelle Bouie: Facebook has been a disaster for the world
By Jamelle Bouie | The New York Times • 47m ago
Police shoot and kill man in Midvale who fired at officers
By Paighten Harkins • 1h ago
END_OF_DOCUMENT_TOKEN_TO_BE_REPLACED