The Kaysville City Council is revolting against Mayor Katie Witt — who also is running for Congress in the 1st District — for openly defying state COVID-19 restrictions by allowing a protest concert to be held in a city park on May 30 featuring country music star Collin Raye.

The council is poised to pass a resolution on Thursday to disavow her actions and make clear that any concert will be an unsanctioned protest proceeding without official city permission.

It started after Witt last week applauded and assisted plans by Utah Business Revival — a group that has organized protests calling for an end to all coronavirus restrictions — to hold what it bills as a first-in-the-nation concert amid the pandemic in the city’s Barnes Park.

“Yes, it violates the directive of the governor," she said last week. "It’s a protest, and we are allowing them the space to do that. I’m willing to be uncomfortable to stand up for our First Amendment rights.”

In a written statement Monday, Witt said, “Our community has done a great job to protect our public health and you can see it in the numbers. We have been successful,” she said. “Now, our small businesses are suffering, and families are threatened by poverty. We need to get back to work and restore our constitutional rights. We have a choice to make: freedom or fear. People can disagree. I choose freedom.”

John Swan Adams, a member of the City Council, said the group believes the mayor misled it about the event, so he believes members will unanimously pass a resolution renouncing her actions.

He said the mayor led the council to believe initially that the event would “be a peaceful protest of just a couple hundred people” and “that we should keep our police and officials out of harm’s way by keeping them at arm’s length from the whole thing.”

Adams said he and other members were upset later to learn it would likely be a huge event with Raye — who has 16 No. 1 country hits — and that Witt was applauding the group.

"I’m quite discouraged at the mayor and her choice,” Adams said, who noted he has been deluged with emails from upset residents. “I think that it’s a huge error on her part to jeopardize the health and safety of the people of Kaysville. I feel like we on the council are very united on that front.”

“Obviously, we had no idea about the extent of what was really happening. And as more details came out, we became more and more opposed,” she said. “We hope that they choose wisely and choose not to proceed unpermitted. ... I don’t encourage anyone to try to block it. I think that would bring an opportunity for something even more dangerous to happen.”

The resolution on the agenda for the council’s Thursday meeting says the council “does not support or endorse the Utah Business Revival event” nor does it support “any use of city resources or influence to promote or imply affiliation with Mayor Witt’s campaign or any other political campaign.”

It also has a second item on the agenda to place a moratorium on permitting any special events in the city during the coronavirus pandemic. A third item sought special permission to allow amplifying music for the concert, but Adams said he believes Witt is withdrawing it “because she knows she doesn’t have the votes for that.”

Adams said that should make clear that if the event proceeds, it is an unsanctioned protest. He added, “We are already in yellow [or low-risk restriction status] and we’re headed to green. So the only thing I can fathom is they want to continue to do this for attention.”

Last week, Gov. Gary Herbert punted to Davis County for any enforcement action against the protest, saying it is the role of counties — not the state — to enforce COVID-19 restrictions, even though he sets them and has overridden some county preferences about levels they want locally.

Meanwhile, GOP Sen. Weiler on Monday called for Witt to resign as mayor over the situation. His Davis County district does not include Kaysville.

Hey @kslnewsradio I do not approve of this publicity stunt from the same mayor who collected parade chairs placed too early "because rules are rules." She should resign as mayor for abusing her office to generate free media in her run for Congress. This is bad all over. pic.twitter.com/djAltzvETl

“I do not approve of this publicity stunt from the same mayor who collected parade chairs placed too early ‘because rules are rules,’” he tweeted. “She should resign as mayor for abusing her office to generate free media in her run for Congress. This is bad all over.”

He added, “With a primary election for federal office just around the corner, Mayor Witt is sacrificing public health in her community to further her own political ambitions. Mayor Witt’s flagrant disregard for public health is a disqualifier for public service.”

Witt responded, “It’s not surprising that a left-wing group like ‘Alliance for a Liberal Utah’ and other political opponents would call protecting our constitutional freedoms a disqualifier for public service.”

Witt is in a four-way race for the Republican nomination for the 1st District congressional seat of nine-term retiring Rep. Rob Bishop after the GOP convention narrowed the field of 14. Others in the primary race are Davis County Commissioner Bob Stevenson, businessman Blake Moore and former state commissioner of agriculture and food and ex-Weber County Commissioner Kerry Gibson. They also criticized it as a likely political stunt.

END_OF_DOCUMENT_TOKEN_TO_BE_REPLACED

Delayed lab report leads to ‘artificially high’ report of 552 new COVID-19 cases in Utah
By Erin Alberty , nate carlisle • 5h ago
Navajo president: Schools should use online learning in fall
By The Associated Press • 10h ago 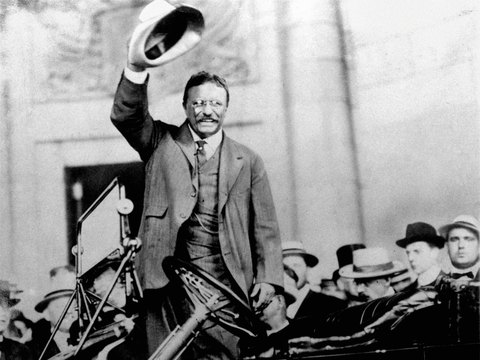 David Brooks: On the right-wing edge of the left-wing movement
By David Brooks | The New York Times • 58m ago