When Utah schools announced they were closing because of the coronavirus outbreak, Ian Adams knew he needed to do something about child care for first responders.

As executive director of the Utah Fraternal Order of Police, he saw that officers and firefighters were being exposed to COVID-19 and forced to quarantine in harder-hit areas of the country. Those who were well ended up picking up shifts for those who couldn’t work.

“That has some really serious effects on emergency services, when you need to scramble to get those shifts covered,” he said. Adams knew that could happen in Utah, too, and he wanted to make working those extra hours easier for single parents and others who must report to duty but may have trouble finding child care.

He created a system where willing first responder families can sign up to assist other first responders. So far, more than 100 families have offered to help. Far fewer have reached out saying they need child care, Adams said, but he anticipates that as the virus spreads and more first responders are forced out of commission or working longer hours, he’ll see the need grow.

Orem Police Chief Gary Giles said he and other city officials also have discussed what could be done for first responders needing child care. For now, Giles said his department is trying to limit contact with people to stop the spread and keep more officers at work.

They are handling calls for service over the phone when they can. Officers who go into the field are asking people come outside to talk or make reports. Police are wearing protective equipment such as masks, gloves and eyewear.

Giles, who is also the president of the Utah Chiefs of Police Association, said other departments are taking similar precautions.

Yet, Giles said, he has four officers on quarantine right now because they may have come into contact with someone with COVID-19. And the Salt Lake City Police Department has announced 12 staffers are in quarantine.

Chelsey Stephens, a stay-at-home mother of two, is one of the volunteers in the Utah Fraternal Order of Police (FOP) program. Her husband works for the South Jordan fire and police departments.

Utah sees unemployment claims rise 29.5% in one week due to coronavirus, and worst likely still to come

Stephens said she remembers how hard it was for them to coordinate child care when they both were working. A pandemic and any other disaster — like, for instance, a magnitude 5.7 earthquake — that has first responders working overtime further complicates the issue.

She said it’s important that the caregivers also are first-responder families. Few people understand how “unique” the lifestyle can be, she said. For instance, Stephens’ husband works for 48 hours at a time. Sometimes that two days can stretch to several more.

“It can be kind of lonely, when you have no family or anybody else nearby that can help or in the situation to help," Stephens said. "So you really do rely on each other, especially, because no one else really gets it.”

The FOP’s service is open to all “must responders," as Adams called them. That means police officers, fire fighters, medics, nurses, 911 dispatchers and other civilians working with first responders.

“If people from that community need child care, these are people from the same community,” he said. “The same background checks. The same people who watch over you at work.”

Adams said he is particularly worried about people working in more rural communities, in addition to civilian employees.

There are other options, too. KinderCare, which has child care locations across the country, opted to keep its North Salt Lake and Orem facilities open to help parents who can’t work from home during the pandemic — people like first responders and medical care providers, it said in a news release.

END_OF_DOCUMENT_TOKEN_TO_BE_REPLACED 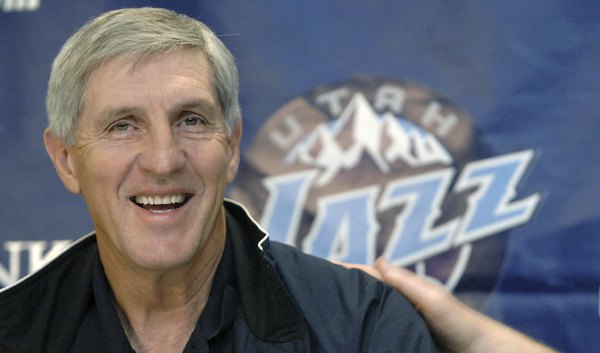 END_OF_DOCUMENT_TOKEN_TO_BE_REPLACED

Utah is the 2nd happiest state, according to study
By Scott D. Pierce • 12m ago

Another prep football game canceled due to Covid-19: This time it’s Viewmont-Farmington
By Alex Vejar • 1h ago
END_OF_DOCUMENT_TOKEN_TO_BE_REPLACED