Law enforcement officials released the names of those 30 alleged offenders Tuesday to give the public a “snapshot” of the prevalence of these crimes. They said that while they will continue work to arrest and convict child predators, they need help.

And doing so could prevent children from being raped, kidnapped or murdered, Salt Lake County District Attorney Sim Gill said at the news conference.

Utah’s FBI child exploitation task force was formed in June 2016 and includes law enforcement from across the state. FBI Special Agent in Charge Paul Haertel said the task force hadn’t noticed an uptick in these types of crimes, but rather wanted Utahns to know that the activity had been at these levels as long as children have had regular access to the web.

Gill said the case information released Tuesday is just a portion of the 110 cases his office has looked over since he joined the operation — called Operation Chat — less than a year ago.

While law enforcement officials said the details of their methods for conducting the operation were “secret,” a Salt Lake Tribune review of the cases shows that police would find alleged predators by posing as teenagers in online dating applications or social media sites.

Charging documents show that, typically, the accused would contact a person they believed to be a boy or girl, chat, perhaps send sexually explicit pictures, discuss meeting up for sex and be arrested when they arrived at the designated meeting place.

His was the only case with allegations that a child was abused; in the other cases, police posed as children (or in one case, the relative of a child) to lure alleged predators.

In another case, prosecutors charged Michael Roy Banks, 32, with an alleged past rape after police arrested him in the sting.

According to charging documents, after he’d shown up to allegedly have sex with a 13-year-old girl and was arrested, police found conversations between Banks and a teenage girl on his phone. These conversations indicated he had paid her for sexual contact. Police got a search warrant to look further and found more conversations and nude photos of the girl.

When police interviewed her, she said she met Banks on a dating site and said they’d engaged in sex acts at his home.

Anyone with information on alleged child predators can contact the Salt Lake City FBI at 801-579-1400. Tips can also be submitted online at tips.fbi.gov.

Law enforcement urged adults to visit missingkids.com for more information on risk factors and how kids can be exploited online, as well as support services for victims.

END_OF_DOCUMENT_TOKEN_TO_BE_REPLACED 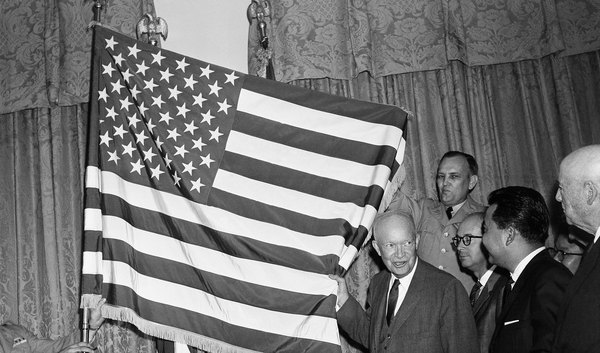 Ross Douthat: The religious roots of a new progressive era
By Ross Douthat | The New York Times • 1h ago