How do you make a documentary when you’re interviewing documented liars?

The filmmaker behind PBS’ biography of former President George W. Bush had to convince himself that the liars weren’t lying to him. Including former Bush chief of staff Andy Card and former press secretary Ari Fleischer, who appeared before TV critics with Barak Goodman to promote the program.

Quite frankly, I couldn’t imagine writing a column quoting either Card or Fleischer. They lied to the American people about the reasons the United States went to war in Iraq. They lied about the evidence that Saddam Hussein’s regime had weapons of mass destruction. They lied repeatedly in defense of the lies proffered by everyone in the Bush administration, up to and including the president himself.

And I was having trouble understanding how Goodman could have included Card and Fleischer — and a number of other documented liars — in the two-part, four-hour “American Experience” documentary that airs Monday and Tuesday at 8 p.m. on PBS/Ch. 7.

“There’s a difference between deceit and self-deceit,” he told me after the news conference. “And I think that what this administration, with some exceptions, underwent was a process of self-delusion. Not that they set out to lie to the American people, they lied to themselves.”

Even if that’s true when it comes to nonexistent weapons of mass destruction and the war in Iraq — and his own documentary raises questions about that — it’s not like Fleischer stopped lying when he left the White House. He lied about the Hillary Clinton campaign spreading the false rumor that former President Barack Obama wasn’t born in the United States. He lied when he claimed he didn’t repeatedly lie in the run-up to the Iraq War. He lied about reports examining what happened, claiming they vindicated Bush — and himself. They didn’t.

But Goodman defended including Fleischer and Card in the documentary.

“The fact is, these were the guys who were there,” he told me — an excellent point. It’s also true that in every one of PBS’ extraordinarily good “American Experience” presidential portraits, supporters and subordinates who haven’t always told the truth have been interviewed.

Scott D. Pierce: ‘Homeland’ ends Sunday on Showtime. Is ‘Homeland: The Musical’ next?

Scott D. Pierce: ‘Will & Grace’ made a difference to TV and America

(I shudder to think about the task faced by whoever eventually tackles the Donald Trump documentary for “American Experience.”)

Goodman tried to reassure me that he got the truth out of Card and Fleischer. “Believe me, when we talked to them, our antennae were up for spin and for deception and all of those things. I didn’t find that to be the case in the interviews they gave us,” he said.

It’s his documentary. That’s his judgment. But it’s deeply disturbing to see Fleischer given time in the documentary to claim he was, himself, in the dark about WMD without the context that he is, yes, a documented liar.

“And I think going back to look at that administration and what happened in the disastrous decision making that got us into a war in Iraq, it became much more complicated than simply — they were lying.”

That much is clearly true.

It’s worth watching — if you keep in mind that truth wasn’t necessarily at the top of the agenda for many former Bush administration officials who are interviewed.

END_OF_DOCUMENT_TOKEN_TO_BE_REPLACED

Great Salt Lake Fringe goes virtual, stretching the boundaries of digital theater in the age of COVID-19
By Sean P. Means • 3d ago 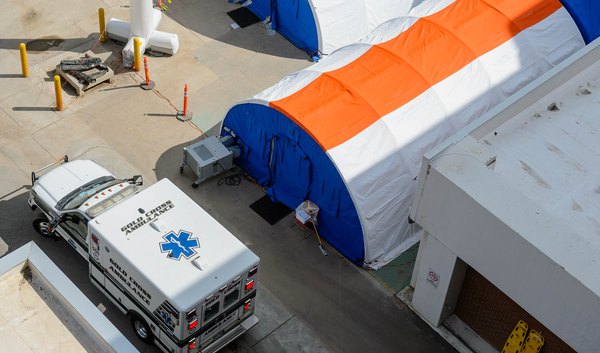 ‘Trib Talk’: A Utah ER doctor and a medical examiner discuss the fight against COVID-19
By Sara Weber • 9m ago